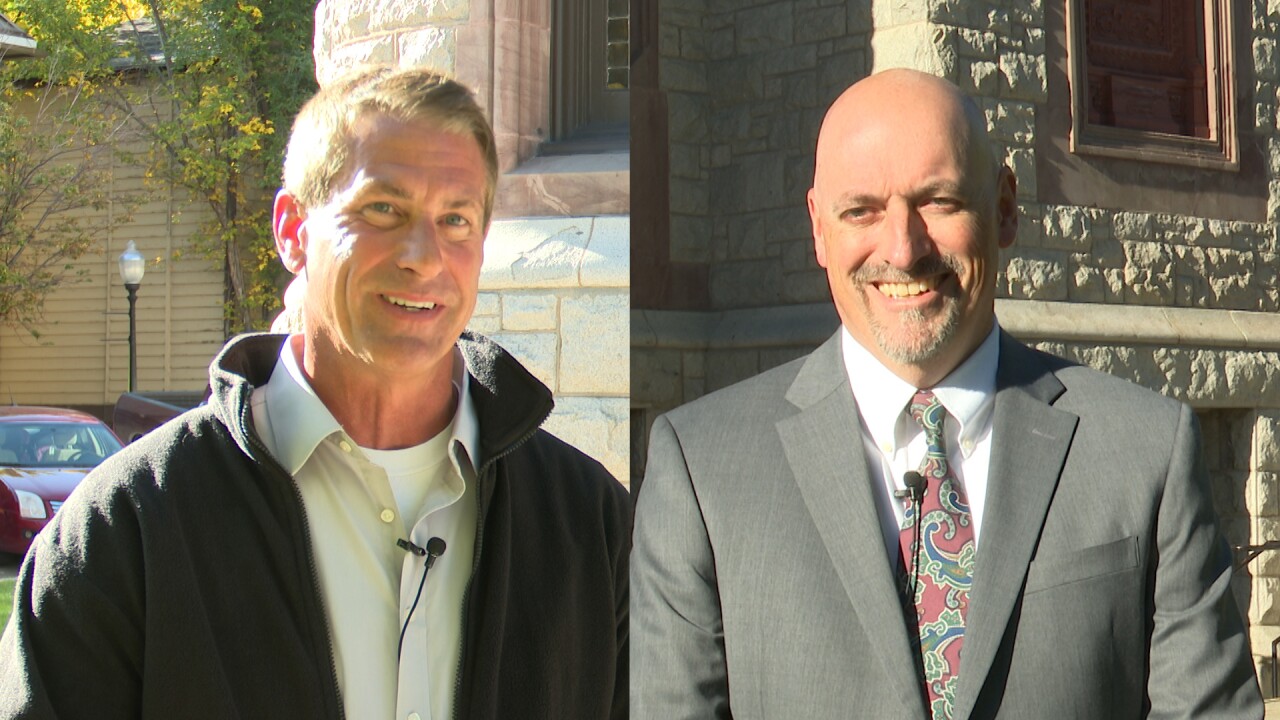 Copyright 2020 Scripps Media, Inc. All rights reserved. This material may not be published, broadcast, rewritten, or redistributed.
Lewis and Clark County justice of the peace candidates David Rau (left) and Mark Piskolich

HELENA — The two men running to become Lewis and Clark County’s second justice of the peace are both first-time candidates, but each has long experience serving the public.

In November 2018, the Lewis and Clark County Commission voted to create a second justice of the peace position, to help address a growing workload for the court. Mark Piskolich and David Rau were the only two candidates who officially filed for the position, so they both moved on to the general election after an uncontested primary.

Piskolich recently retired after 20 years as a federal probation officer. He had previously worked as a probation officer in the state court system and as a counselor at Montana State Prison.

Piskolich says his work has given him perspective on how to deal with those going through the legal system.

“The probation officer is right there working with the person,” he said. “We’re in the home, we know the families, you develop relationships with the employer, with the family, the treatment provider, and have a better full perspective of what’s going on. And that’s what the Justice Court is.”

Rau retired from the Lewis and Clark County Sheriff’s Office after 20 years, including serving as detention center administrator and as undersheriff. He then joined the Montana Law Enforcement Academy as a training specialist and manager of the risk management program.

Rau says his administrative experience prepared him for this position.

Both men say the next justice of the peace will have a lot of work to do to support and improve the court system. However, they both say their top priority will be creating a fair environment in their court.

“If you want to have a system that people will respect, the system has to treat people with respect,” said Piskolich. “That’s been an ethic of mine from the beginning. The Justice Court is the people’s court, and that’s the way I’ve worked my entire professional career.”

“Everybody wants to be treated fairly,” Rau said. “Yes, people get in trouble, these things happen, and we have to deal with it, but I want people to know that I’m a fair person and you will be treated fairly, and I will seek the truth.”

Ballots will be mailed out to Lewis and Clark County voters on Friday, Oct. 9.