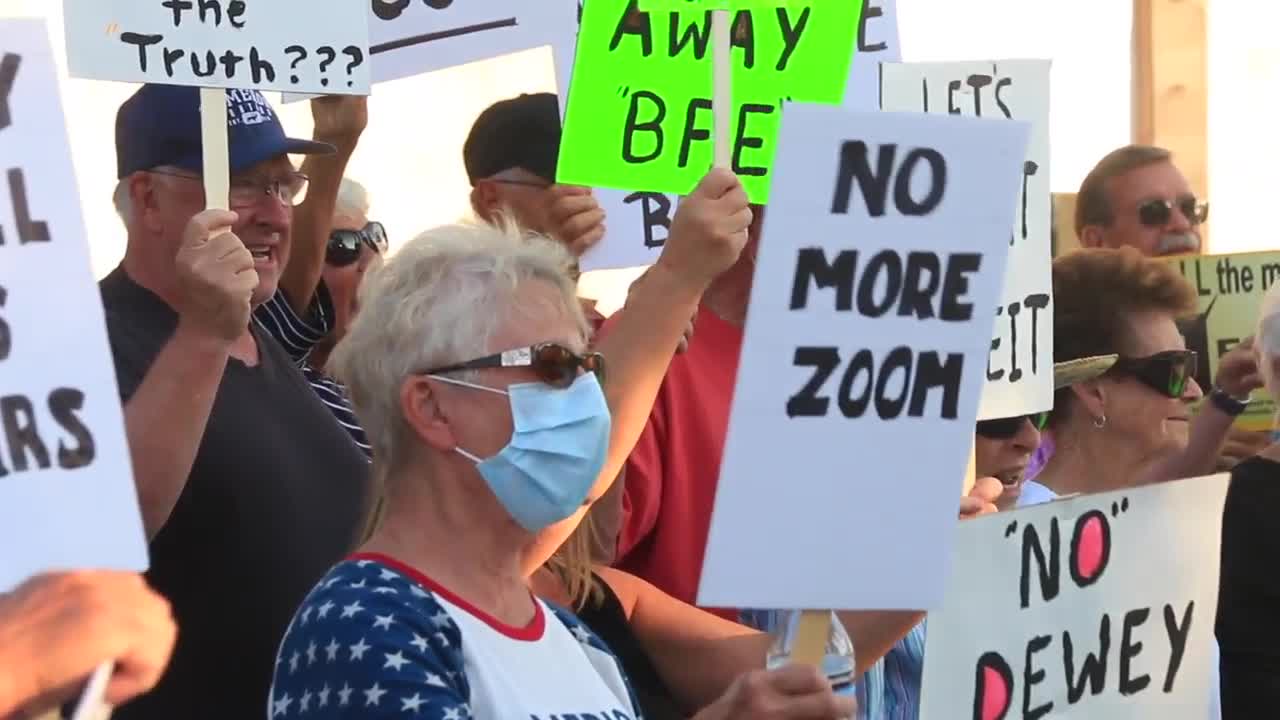 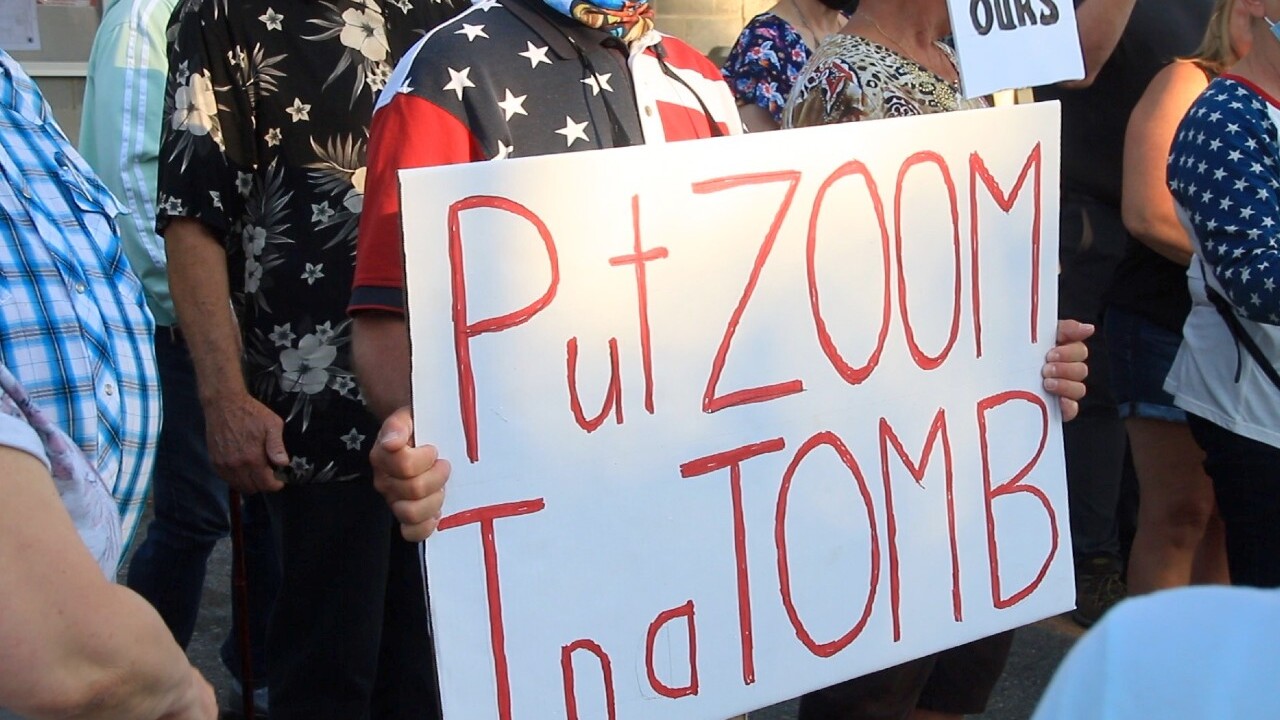 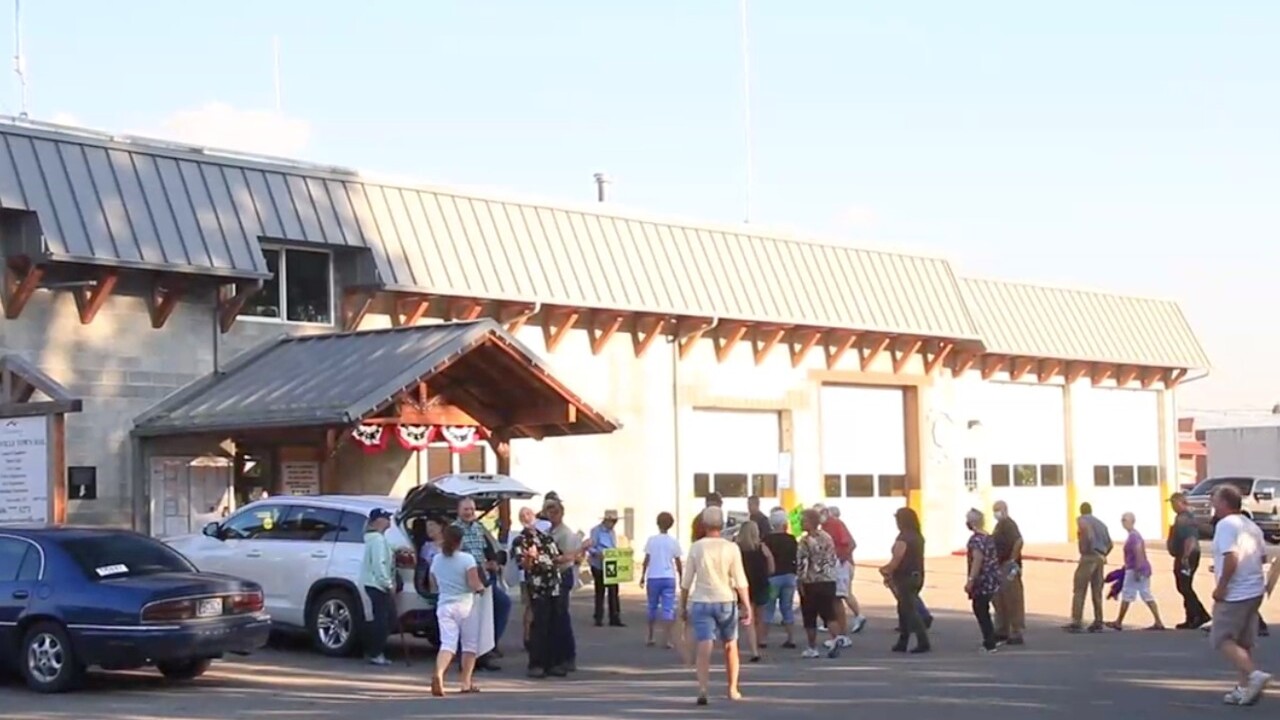 But the mayor says it's being done for the "safety and consideration" of the public during the COVID-19 pandemic.

A few dozen residents gathered outside Town Hall as the Stevensville Town Council was gathering online for another "Zoom" meeting. These people say that's cutting them out of the public process, a view that's especially heated right now in the middle of a recall campaign against Mayor Dewey.

“And we're trying to urge him to do those in-person meetings because the public has so many, I mean great people here in town with comments, recommendations, opinions. Everybody's got one. And we've got some issues in town like a major subdivision," noted demonstrator Jim Kalkofen.

The group walked along Main Street, across the street from where the council meetings had been held for a few weeks at the library before going back online as COVID-19 numbers climbed in the Bitterroot. They'd like to see the Town Council use other venues, but the mayor says logistically difficult.

“When we moved our meetings to the community room at the library, that doubled the square footage of our current meeting space and even under those circumstances, community members are reluctant to adhere to social distancing," Mayor Dewey told MTN News.

"And a number of community members have also expressed their views on whether or not wearing a mask is necessary. Our concern is that that would create more conflict than is necessary at right now," he added.

It's not just the political turmoil of the recall that has the demonstrators upset. They're also worried that they're not able to participate in the regular business of the town by attending council meetings.

"We’re anxious to get back into in-person meetings into hearing from the public in person," Mayor Dewey explained. "But we do want to stress, please, you know, use those avenues available that you have now.”