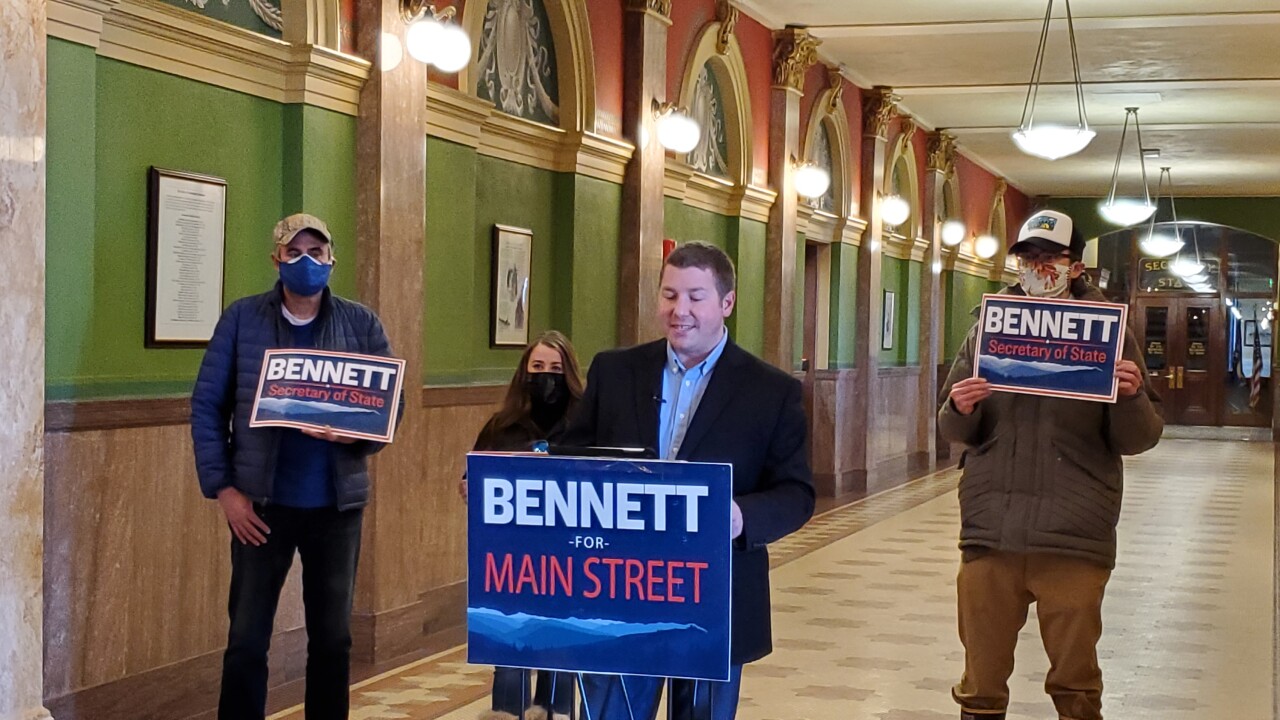 HELENA — Democratic candidate for Secretary of State, Bryce Bennett, leveled criticisms at his Republican opponent, Christi Jacobsen, alleging her office had made mistakes that overcharged businesses for filing fees.

Jacobsen is the current Deputy Secretary of State, whose office records articles of incorporation for Montana businesses.

Bennett said that Montana businesses are suffering from errors made when they’ve attempted to file their annual report online. He said some businesses are being charged more than once before officially registering with the Secretary of State’s Office, and that the current office is pocketing the money instead of issuing refunds.

Bennett also said the businesses were never notified of the errors.

Bennett says, if he’s elected, he would fix what he called a “broken system.”

“We have to fix that broken website,” says Bryce Bennett. “I mean, a website that is charging people over and over again is a problem unto itself, but a Secretary of State that fails to fix that problem and then hides that from the people in Montana is a huge problem. That's theft.”

MTN News asked Jacobsen’s campaign for a response, but it did not address any of Bennett’s criticisms.

"Bryce Bennett is actively defrauding his campaign donors, putting their money in his pocket, because he's another politician who needs a job. It's time for him to drop out of the race. He's a total joke," says Rory McShane, Jacobsen campaign consultant.