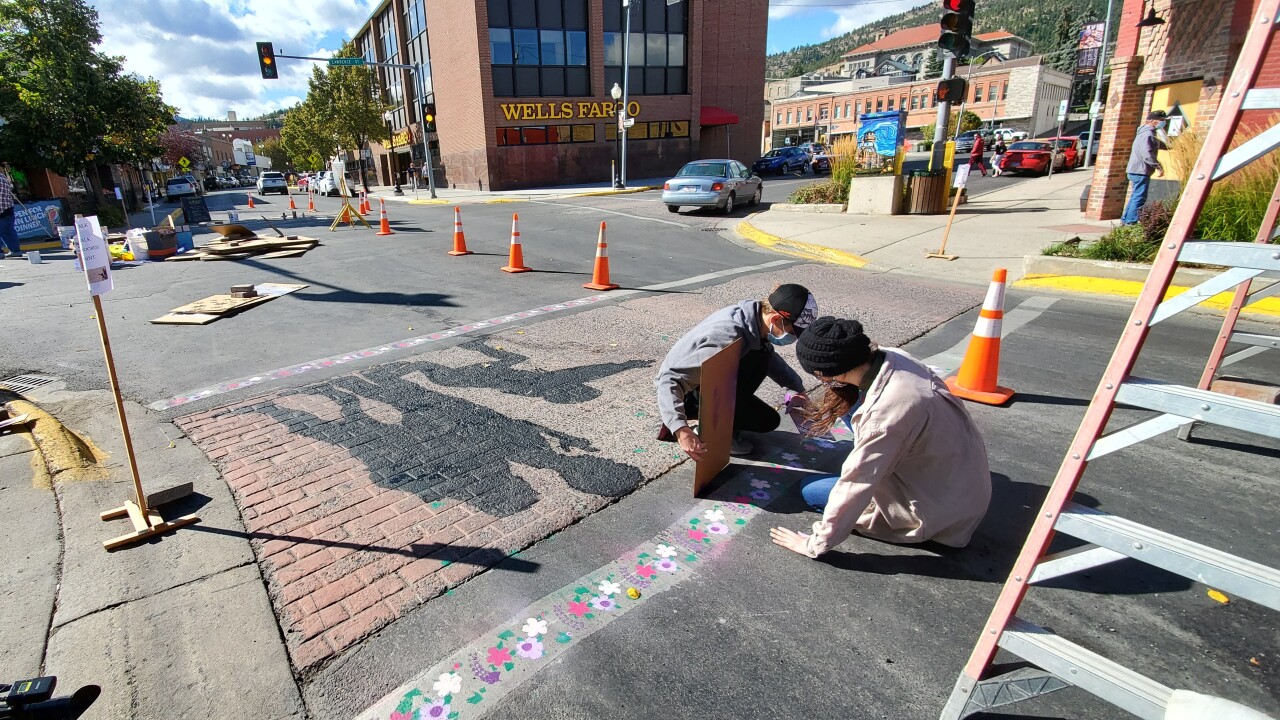 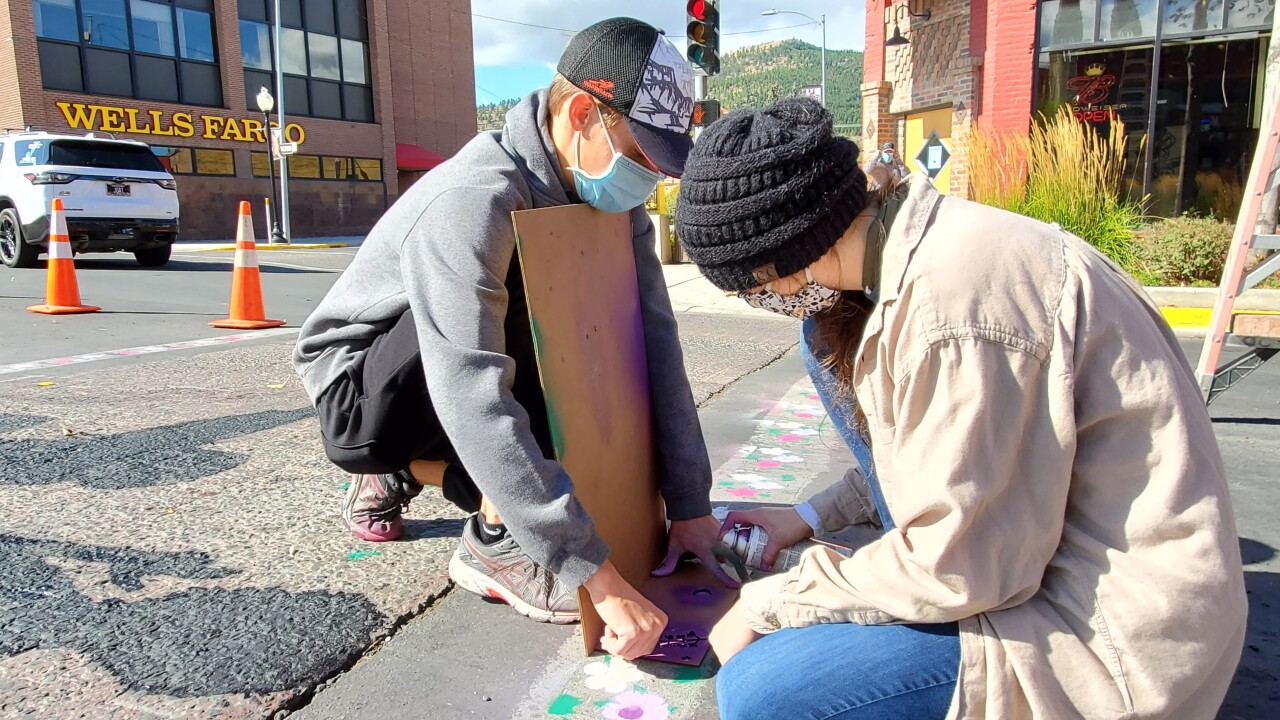 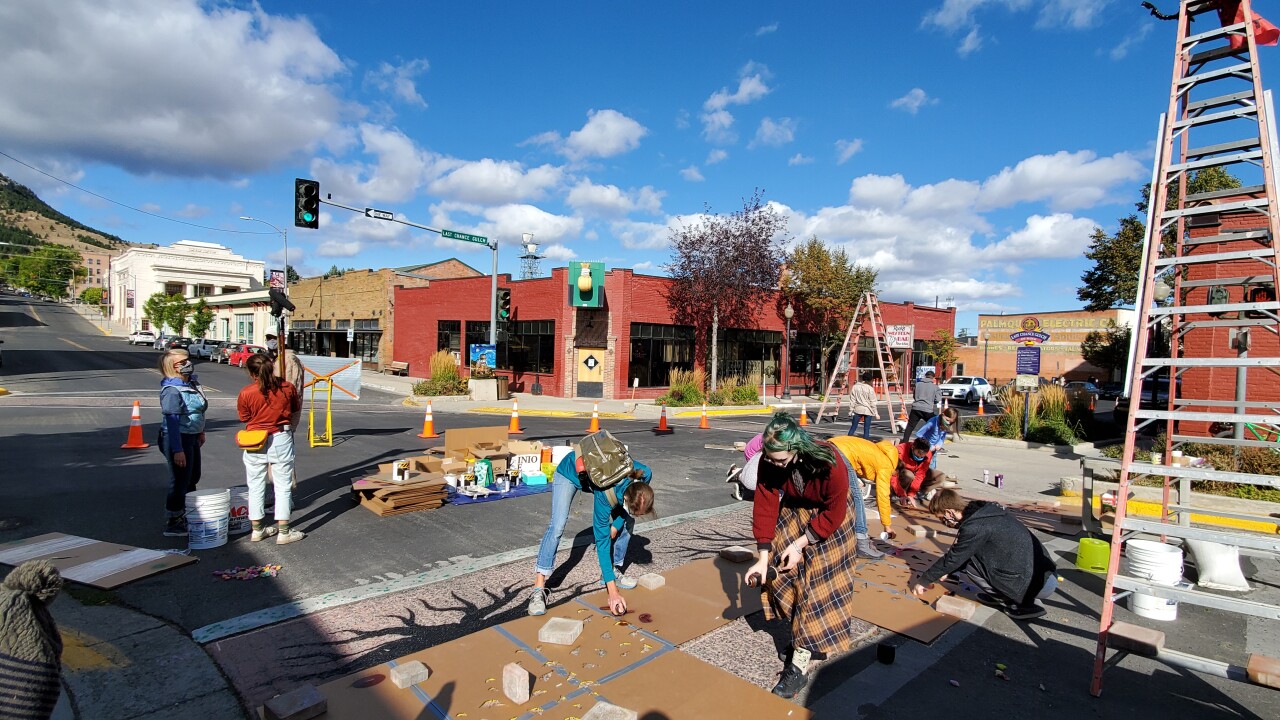 HELENA — The Holter Museum of Art closed off nearby streets for an art project created by teenagers.

“So, what we're actually painting is our reading one with butterflies coming up and that's, teens are thinking, teens are learning, they're growing. They're planting roots in the world,” explains Megan Lund, a member of the council. “Then we are doing, they have tree branches for hands and everyone's kind of trying to help each other up the mountain, and that's more of a working as a community, working together as teens. And then, we have, the teens are shooting guns, but instead of bullets, we have flowers coming out. What we're trying to do there is turning violence into peace. On the other side of the street is, teenagers with wings and they're taking off. They're taking flight into the world."

“What this whole thing means is, we've noticed that, since we are a council of teenagers, we've noticed there's a very negative stigma, generally about teenagers. Just in general about how we're lazy or we're delinquents,” says Natalia Kelly, a council member. “So, what we wanted to do was bring in positive team-community interaction."

“We went around to a lot of businesses to ask for their help sponsoring the project and it's just been super fun getting everyone downtown involved in it," says Michael Simmons, another council member.

The council expects to have this project completed the night of September 27th, 2020. In all, this project took about 10 months to officially complete.