'Thankful and amazed:' Mother of five recalls rollover crash on I-90

No one seriously hurt after truck lost control of trailer on Oct. 16 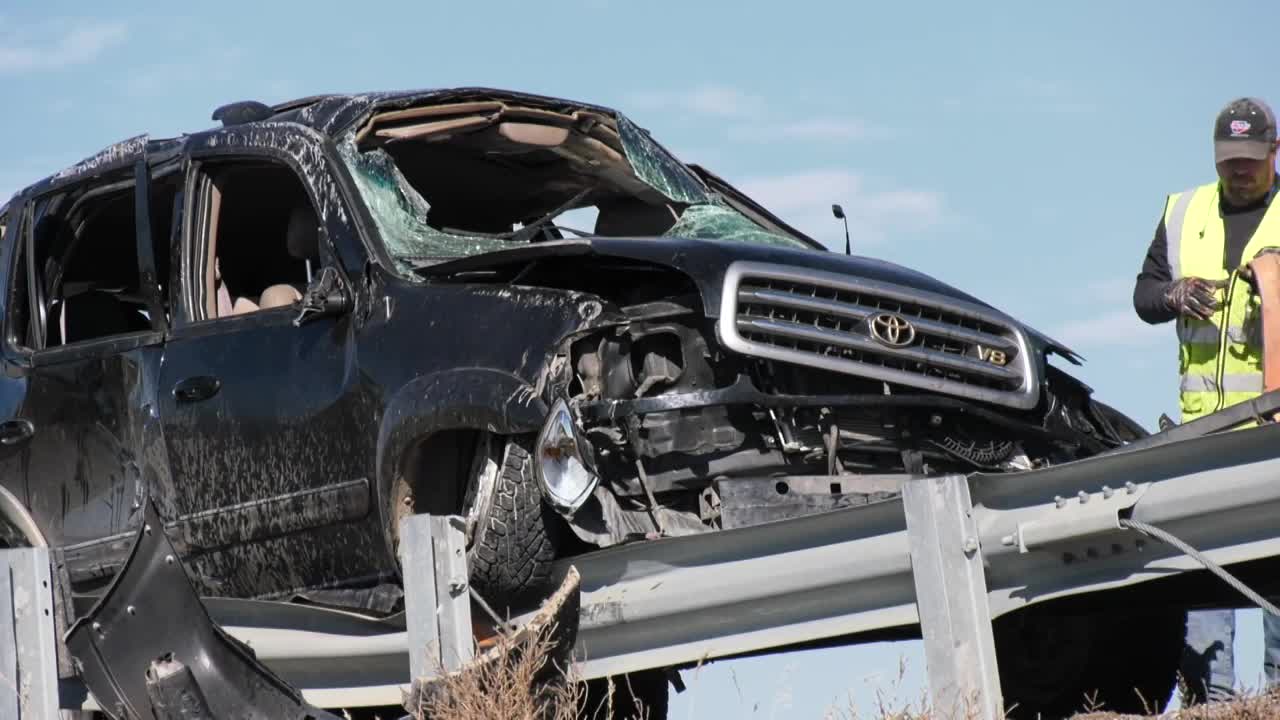 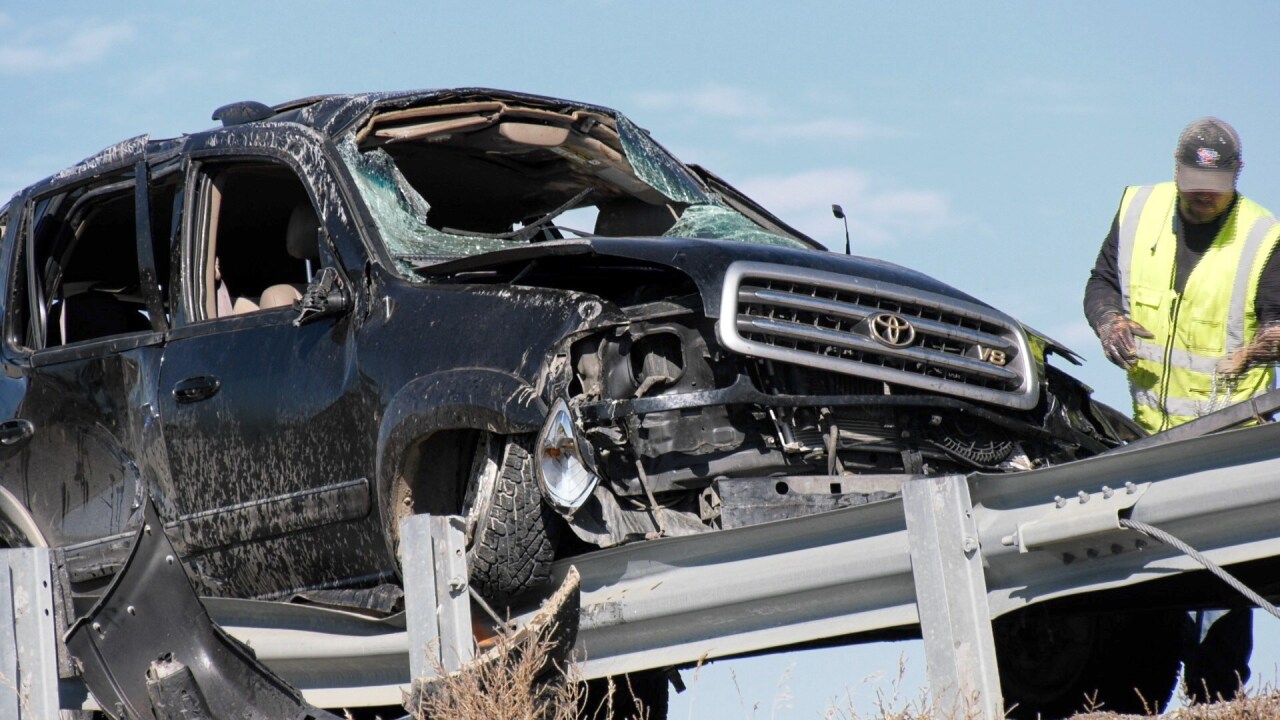 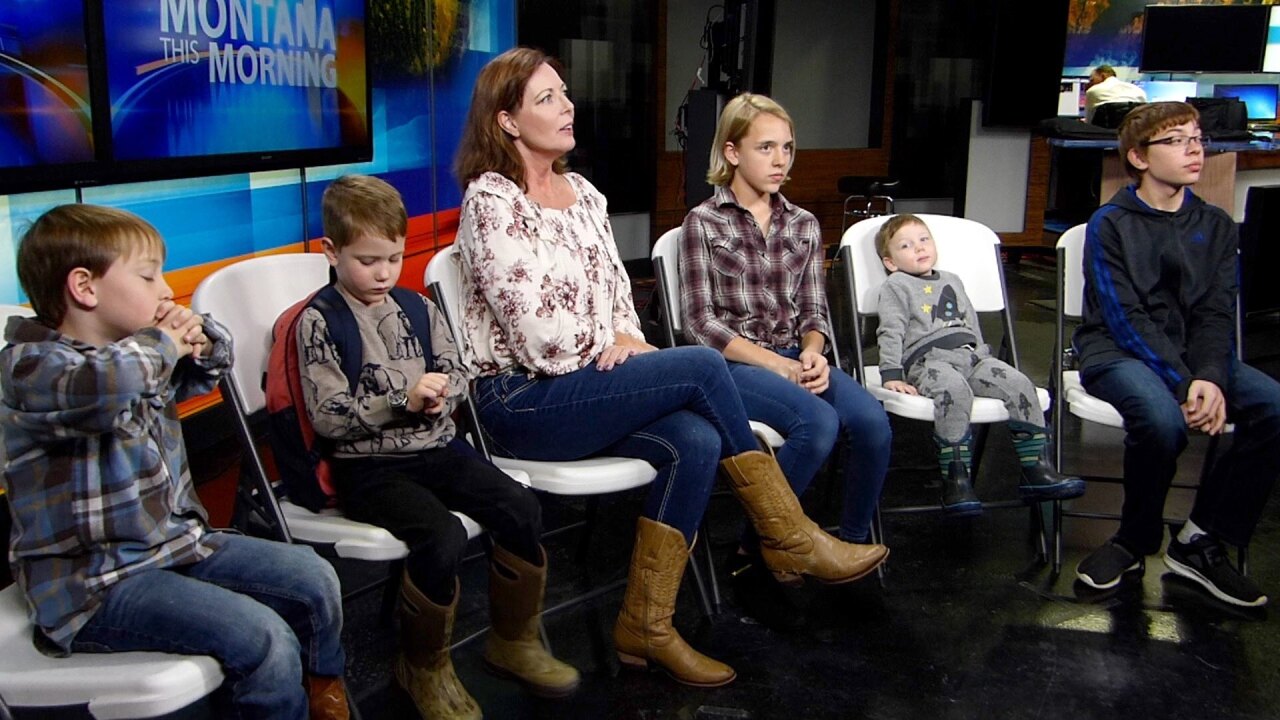 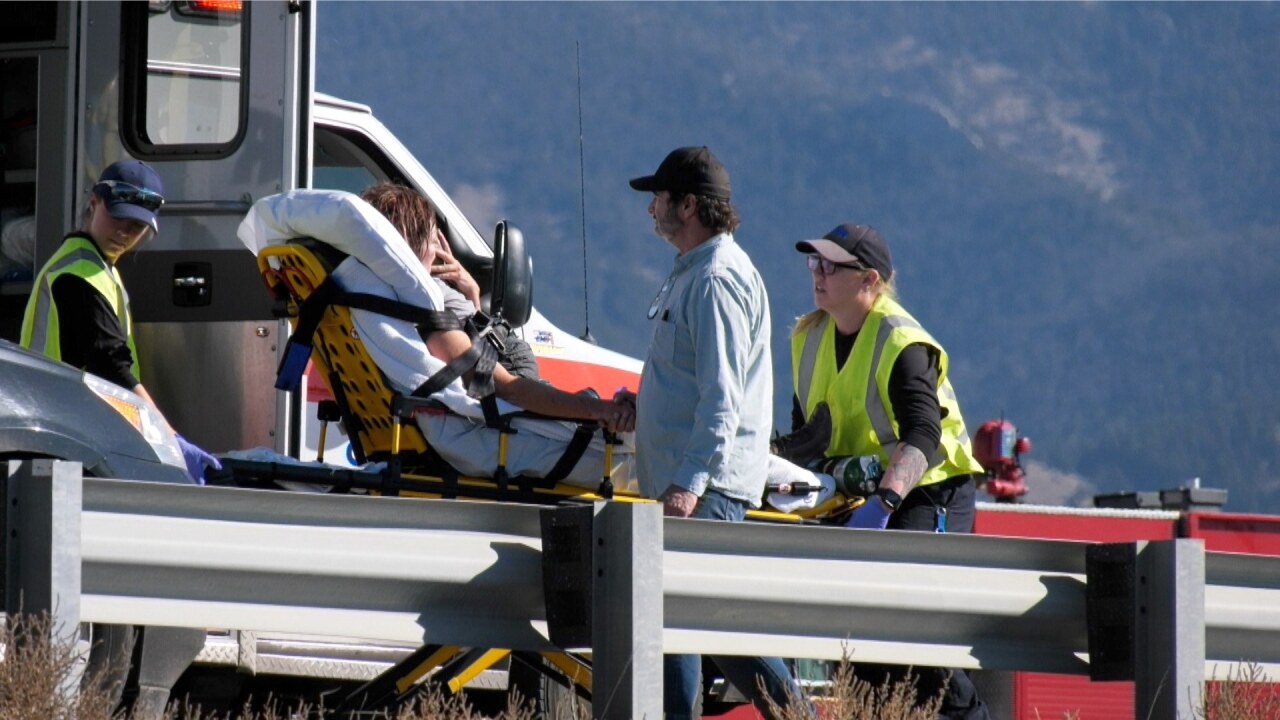 A mother and her five children found themselves in a terrifying situation on Interstate 90 when a truck up ahead lost control of his lumber trailer.

Montana Highway Patrol troopers say what happened next was a miracle.

Dawn Taylor, along with her five children, were in the process of visiting one of her friends in Belgrade on October 16 when the unthinkable happened.

A dent in the guardrail is all that’s left on the crash scene from that day.

It was a nightmare scenario for anyone, let alone a mother with five kids on board.

“The traffic was stopped in front of me and I hit the brakes and I didn’t feel like we even slowed down," Taylor says. “The trooper said that I left some skid marks after the brakes locked up but I don’t know any of that from being in the car.”

Lumber from a loose trailer had spewed across both lanes of the highway.

Dawn had to make a decision: plow into the stopped cars ahead or aim for the median.

“We rolled all the way through the median and then across both lanes of opposing traffic and then landed, thank God, right side up," Taylor says. “It happened so fast, you know? I don’t know if you close your eyes when it happens or what, but one minute you are on the road and, the next minute, you know you are flying and then you’re stopped.”

Amazingly, Dawn and her kids walked away with only scratches.

“I closed my eyes and held onto my seat belt," says Kale Garcia, Taylor's son. “There was this one guy who, after the thing I got really dizzy, so he took me to his car and I sat down there for a while. I just want to thank him a lot because I never got the chance to.”

“I remember the loud, like, bangs of us hitting the ground," says Savannah Garcia, Taylor's daughter. “I saw a whole bunch of people running towards us, asking is everybody okay and then I passed out.”

Kale was in the front passenger seat.

Savannah was in the back with the three youngest: Angel, Oliver and Lincoln.

Through it all, she remembers the people stopping to help.

“There was a lady who used to be a nurse and a flight attendant standing there by me," Savannah says. "Everybody else was out of the car and I passed out again. I don’t remember waking up and then I started seizing, apparently. I was told that I got the worst of it.”

Cookie, Savannah’s dog, was thrown from the vehicle as it rolled at least six times.

Cookie was found a short distance away, without a scratch.

“It was a vet tech that picked up my dog," Taylor says. "You can’t tell me that’s coincidence. I had another lady who took my boys for me, Angel and Oliver, and took them to her car and kept them safe and calm. She was a counselor."

In a stretcher, Dawn remembers being drenched in coffee and dirt, comforting little Lincoln every step of the way.

"I was just telling him that it was okay," Taylor says. "We’re okay, honey. It’s okay.”

Everyone was wearing their seat belts or buckled into their car seats.

Taylor says another sign of something deeper came to them just days later, when she went to find a replacement car.

“I get in the car and I look in the rear view mirror and whoever had the car before us put a sticker on it and it said ‘For we walk by faith and not by sight. Second Corinthians, 5:7,'" Taylor says. “It just was one more reassurance that everything’s going to be okay.”

As for those who stopped to help, Dawn now thinks of them, many of whom she never got to thank.

“God had us and they were all angels working for Him that day and I’m just grateful for them," Taylor says. “God put exactly who we needed exactly where I needed them."

“It’s amazing," Savannah says. "God definitely had us. He had my dog, too.”