Watch your step for rattlesnakes 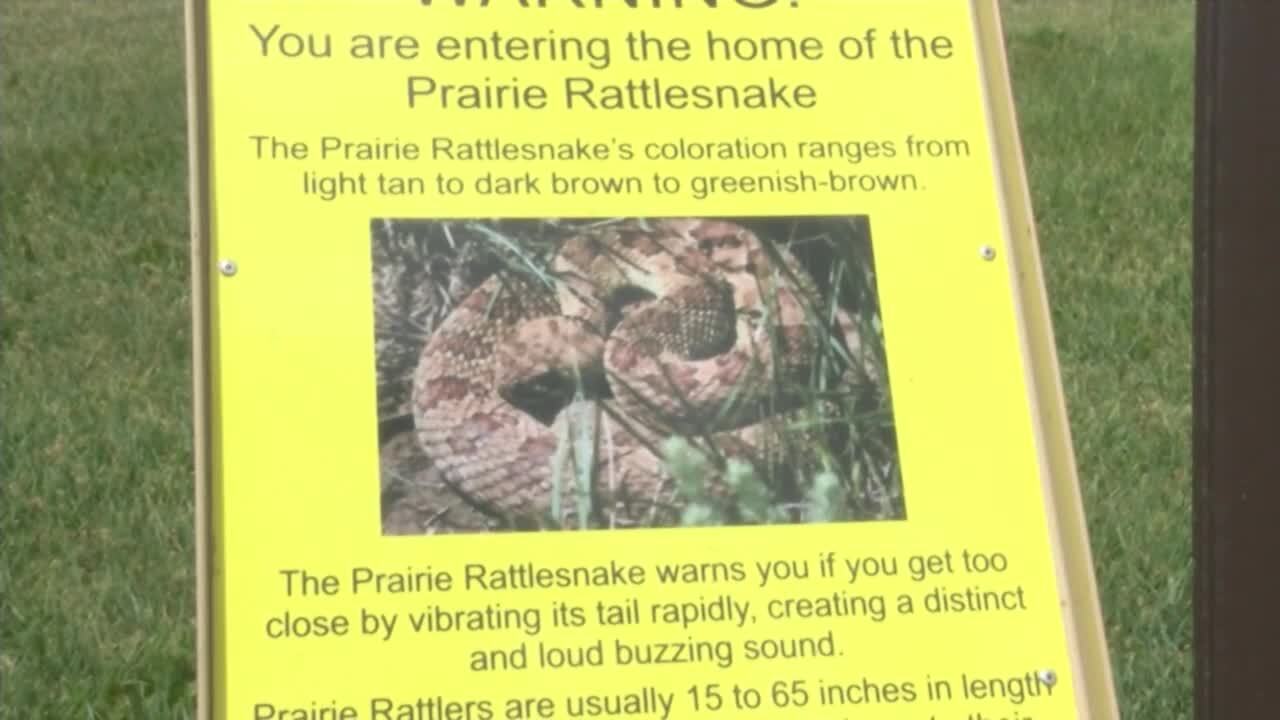 The middle of summer is prime hiking season in Montana, but if you’re a traveler or local looking to enjoy the Treasure State’s wide open spaces, make sure to watch where you step.

The prairie rattlesnake, Montana’s only venomous snake, is found throughout the state, but as its name implies, it’s mostly found on the plains east of the Rockies. And that means a simple day trip to First People’s Buffalo Jump State park near Great Falls gives you a decent chance of getting close to one. First Peoples

Park manager Clark Carlson-Thompson said as soon as the snow melts, it’s snake season at his park. “If you're going see them, they’ll be pretty obvious. We encourage folks to stay on the trail just for that reason. So you can really spot them. Most of the time, they're going to try to get out of the way of you. And a lot of times folks will actually walk by them without realizing they're there.

That’s been the case for Kris Larson, a traveler from South Dakota who’s been recreating on the Montana plains and rivers for the past two weeks and hasn’t heard a single rattle.

“They don't want to tackle something as big as us. I grew up in Southern California where they have diamondbacks, and they do the same thing when they're coiled up and rattled. You just give them all the space. So they really don't (want to bite), unless you surprise them or don't heed the warning of the rattles.”

The prairie rattler likes tall grass, river banks, and rocky outcrops that face the sun. If you go out, walk with a group, keep your dog on a leash, and consider a walking stick. If you do hear a rattle, check your surroundings.

“Make sure you know where the snake is, but then just kind of back away slowly,” Carlson Thompson said. “Oftentimes, the snake is just trying to figure out kind of what you're going to be doing. So just back away, give them some space.”

According to Montana Fish, Wildlife and Parks, an average of five to six people a year get bit in Montana out of hundreds of thousands of hikers. Carlson-Thompson said if you get bit, the biggest thing to do is remain calm and call 911. Panicking or running for help only increases blood flow and spreads the venom. Carlson-Thompson said it also helps to take off constricting clothes or jewelry to prevent massive swelling.

But overall, he said, don’t be scared - just be careful. Click here to learn more at the FWP website.