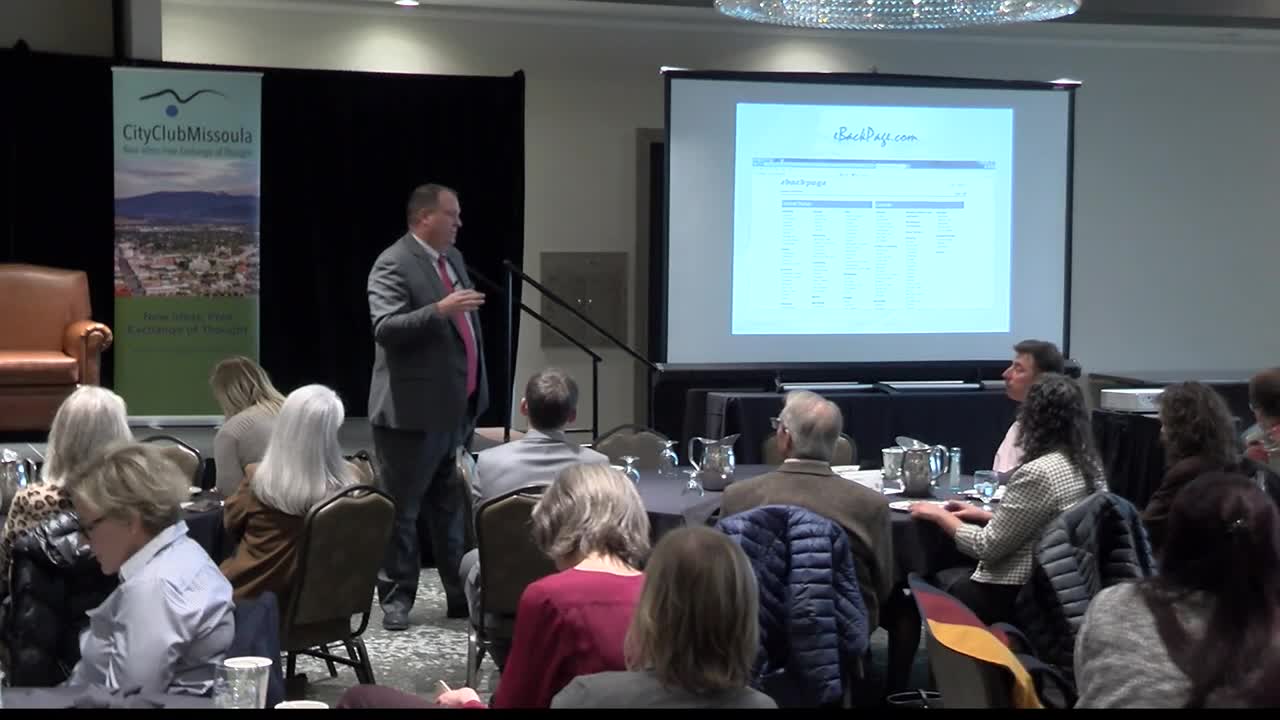 There were over 5,000 human trafficking cases in the United States in 2018 and here in Montana nine cases were reported.

Detective Guy Baker of the Missoula Police Department, who has worked on over 60 cases since and is also a member of an FBI task force specializing in the matter, made a presentation on the topic to the Missoula City Club on Monday.

“Everybody seems to think that this is an issue that happens in big cities and other states -- or in other countries -- when in fact, it’s happening in many cities across Montana every single day,” Baker said. “So, the activity is not decreasing. I don't even know if it’s increasing, but it’s still an issue every single day.”

During Monday’s presentation, Baker stressed that it’s important to look at victims of sex trafficking not as statistics or people who had a choice -- but as human beings who were forced into a dire circumstance.

“It’s important to recognize that every victim of sex trafficking is a person. And it’s so easy that we dismiss them as a throw away human simply by their choices in life. And we have this perception that they are doing this by choice, when that’s not true,” Baker said.

“There’s no girl or women who aspires to be a commercial sex worker. She has gotten to that situation by a series of choices -- often poor choices -- that were better than the alternative,” he added.

One incredibly at risk population according to Baker is minors who are runaways because of their vulnerability to predators.

“Once kids hit the streets they don’t realize that they can’t provide their basic necessities of food clothing and shelter. And once that happens they are at particular risk for exploitation of trafficking as well as child pornography.”

Baker also said that the best way you can help prevent sex trafficking is be aware of your surroundings and report anything you see to authorities.

He added that if you would like to help combat human trafficking in Missoula you can join the Missoula Human Trafficking Task Force and you can find more information on their Facebook page .