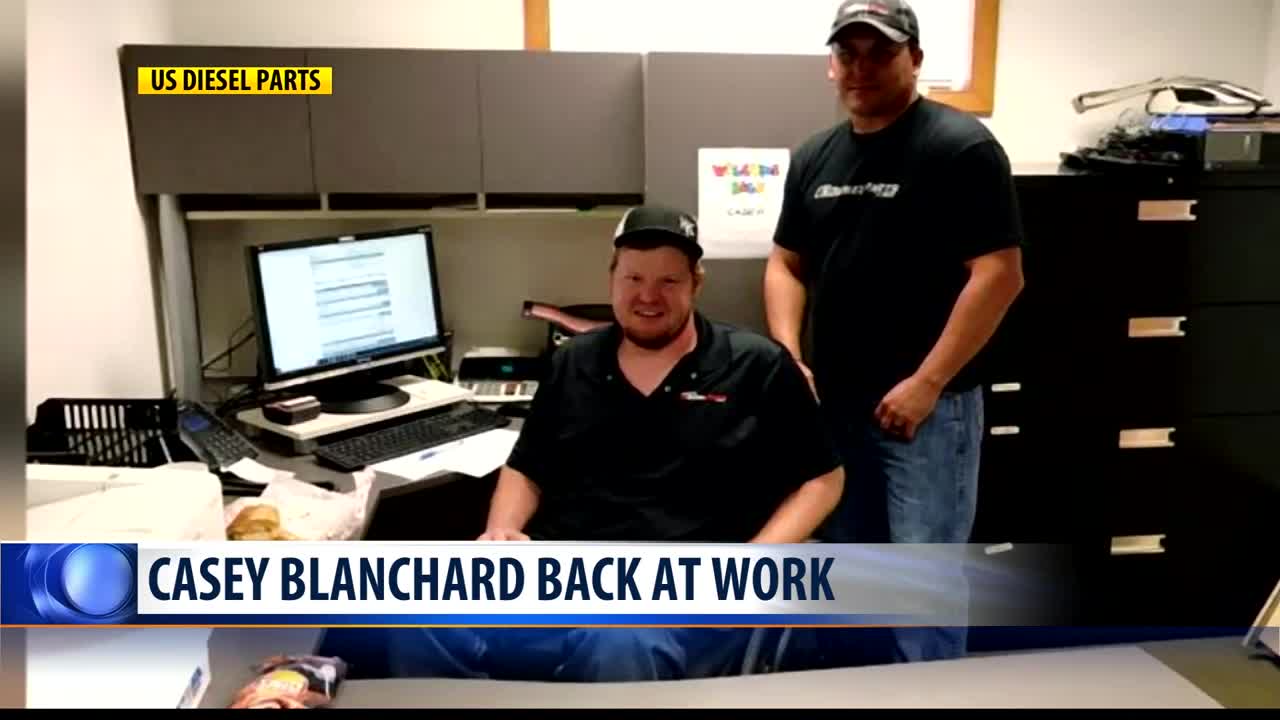 Blanchard back at work 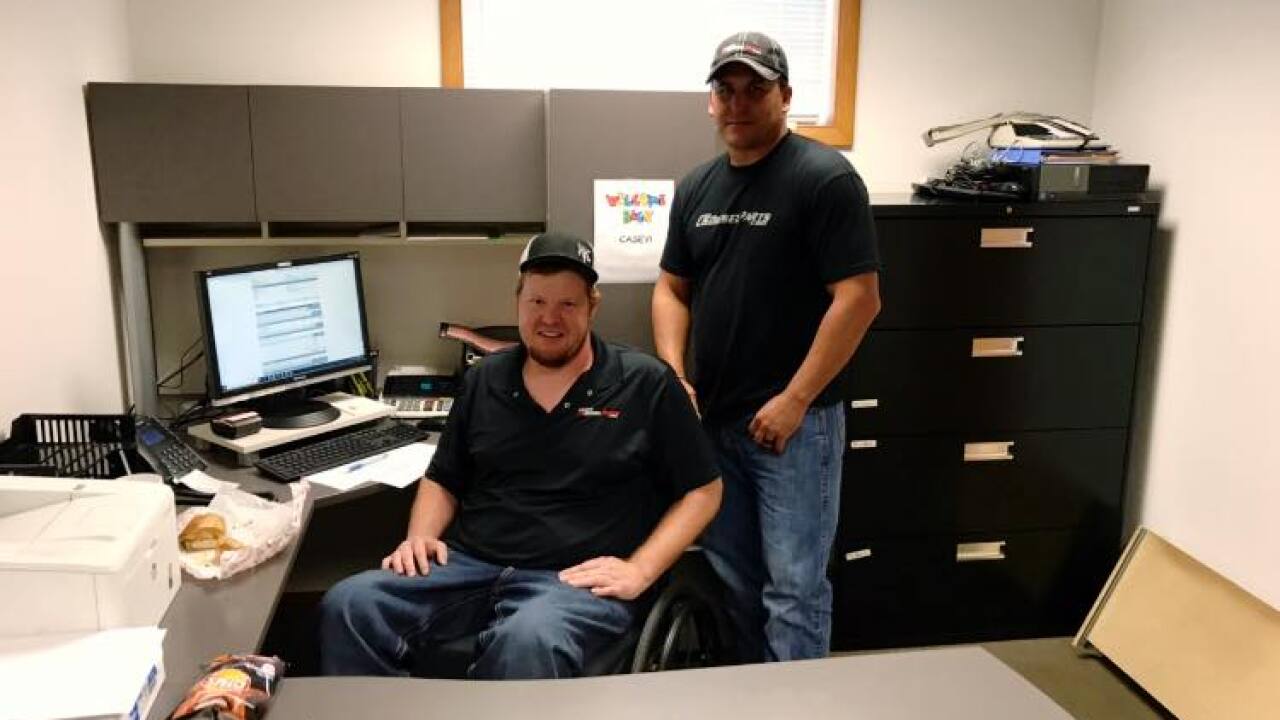 We've got some good news out of Stevensville.

Casey Blanchard, one of the victims in a shooting that took place back in March , is back at work this week for the first time since that tragic day.

Blanchard was shot eight times with bullets shattering bones and ripping through internal organs -- leaving him in a wheelchair.

It's been a long road to recovery but as of Monday Casey Blanchard is back at work for US Diesel Parts.

The company posted a photo of Blanchard on its Facebook page and the comments section is filled with well-wishes and congratulations from the community.