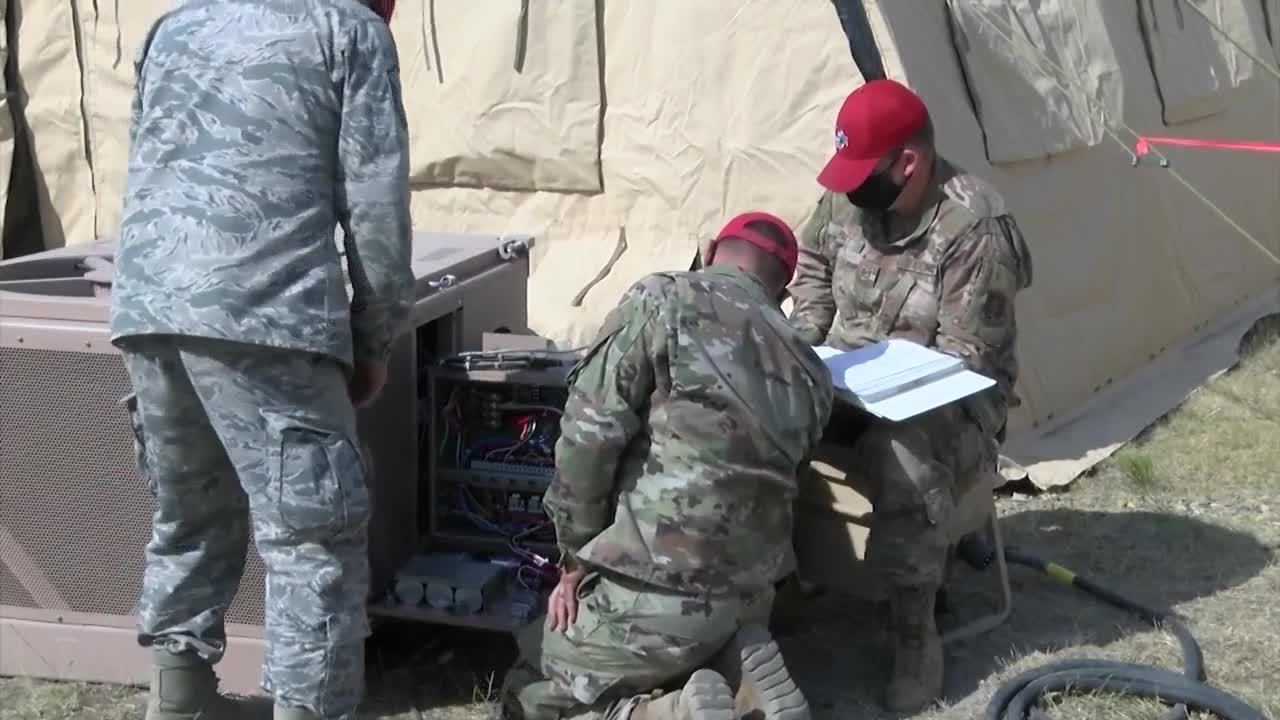 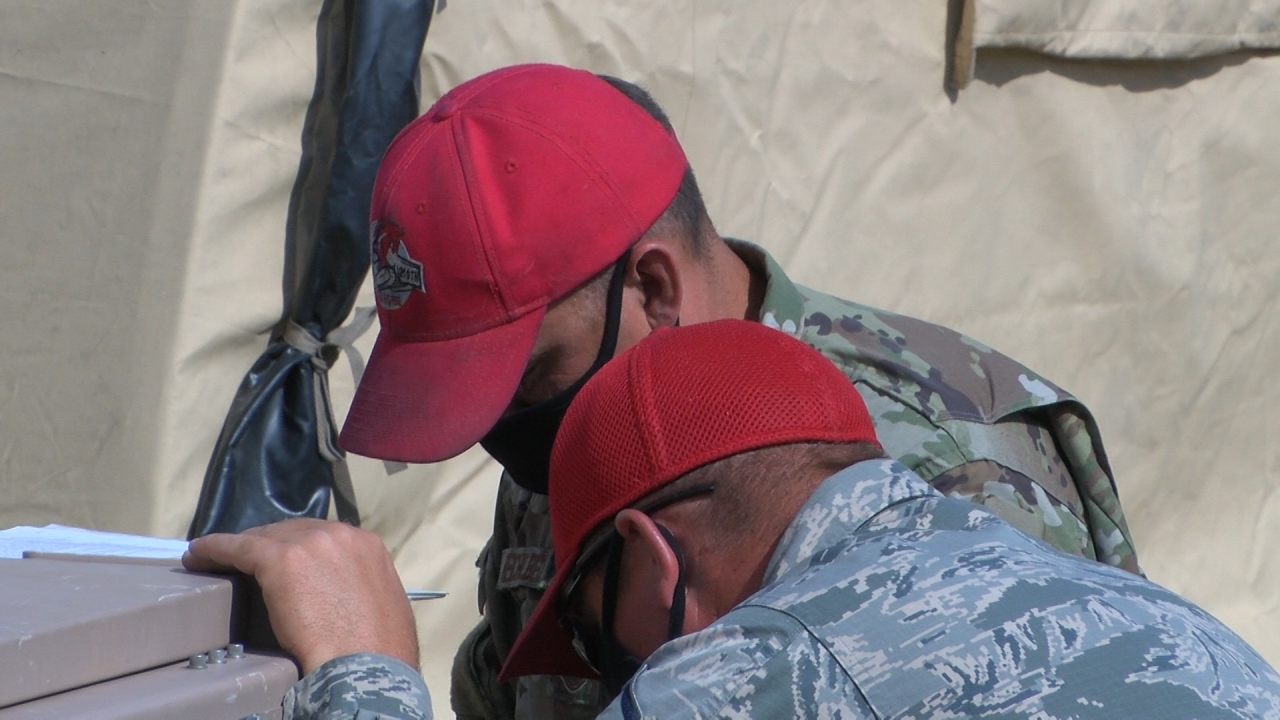 HELENA — The COVID pandemic pushed back a lot of training for the Montana National Guard. The state militia has implemented a plan to catch up, but it requires additional housing to accommodate COVID health guidelines.

“Due to recent events this spring a lot of training has been pushed,” said Captain Brad Catron of the 219th RED HORSE Squadron of the Montana Air National Guard. “We’re operating at a different tempo, and with social distancing measures in place we’re ensuring we’re providing safe housing for all of our soldiers and airmen.”

Three days, that’s how long it took 11 airmen of the unit, with the assistance of a dozen Army National Guard soldiers, to set up a Disaster Bed Down System capable of housing 120 individuals. The units will house only 80 individuals due to COVID guidelines requiring 6 feet of separation between cots. The temporary shelter will be used in correlation with other housing on base.

Each tent is climate controlled with heating and air conditioning and includes electricity. The Bed Down System includes showers, laundry and a reverse osmosis water purification unit capable of producing 1,500 gallons of potable water an hour.

The airmen were pre-positioned in Vietnam with equipment and supplies to rapidly respond to heavy bomb damage and disasters, and to make major repairs to runways and installations. The combat engineers quickly earned a reputation “can do, will do, have done” anything asked of them.

In 1972 the signature red hat was added to their official uniform, and remains the mark of all RED HORSE airmen.

The 219th RED HORSE Squadron has supported both combat and domestic operations worldwide.

“I’ve stayed in these tents when it was 130 degrees in Iraq, and -40 at Fort McCoy, Wisconsin,” said Master Sergeant Coltin Sweeney.

Recently, the 219th assisted with Hurricane Maria in Puerto Rico. “Puerto Rico was pretty interesting. We set up one kit down on a baseball diamond out in a baseball field and the other kit we set up on the National Guard Base in a parking lot,” said MSgt. Sweeney.

The airmen of the 219th say that a year ago they were not expecting to be responding to a pandemic. With that being said, they’re ready to go whenever they’re called upon.

“The pandemic was unforeseen, but we have the capability and the people to do the job. We’re here to support,” said Capt. Catron.