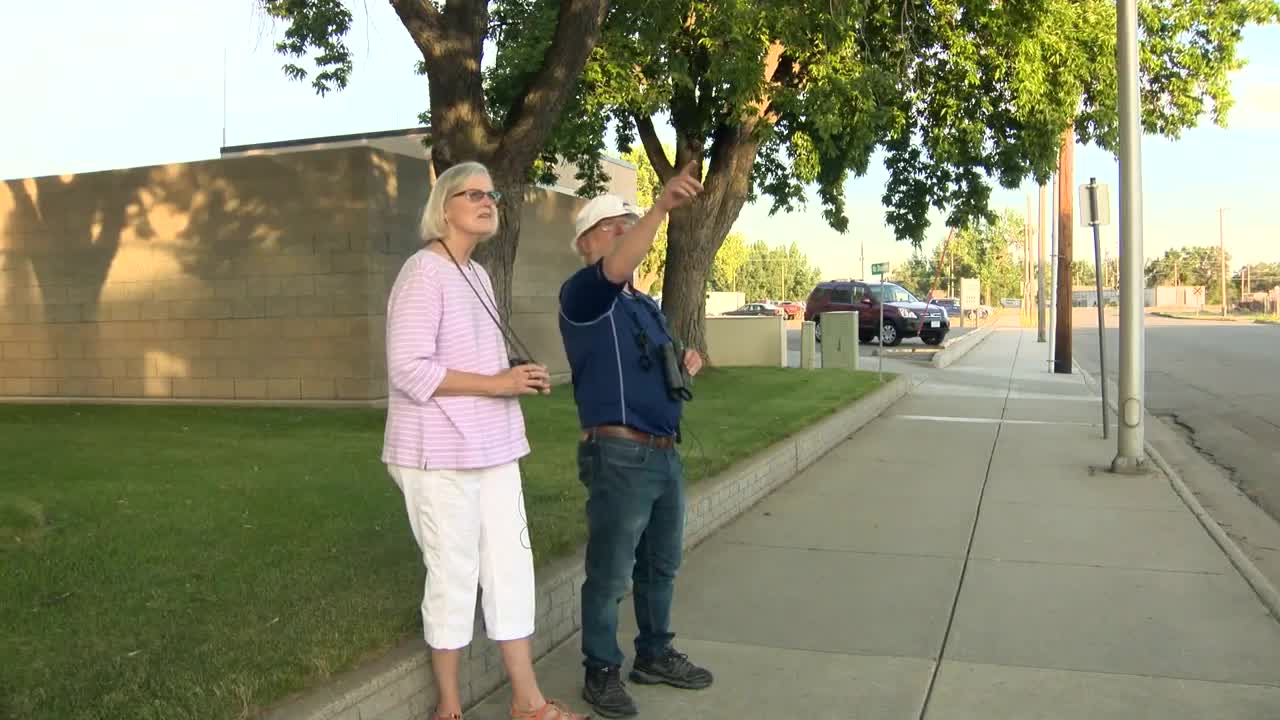 If you’re interested in birds, and looking for something to do on a summer evening, you can help biologists learn more about a unique bird.

For Dave Stankewitz and Kate Koughan a fun night out on the town includes looking for birds. The two bird watchers are helping FWP and the Montana Audubon survey eastern Montana’s chimney swifts.

"Eastern Montana is so big that the only way we can even start to figure out information is to get people interested," said Amy Seaman with the Audubon Society. "And so, we’re just hoping people will realize how easy it is to kind of step outside and look up at night and you really can help find something."

The chimney swift, referred to as a cigar with wings, can be seen in cities and towns roosting and nesting in chimneys and hollow cottonwoods.

"It’s like they make a 90 degree turn and go straight down into the chimney at full speed, it’s not like they slow down and land on the edge and then go down -- it’s foom right into it," Koughan said.

While more common in the Eastern United States, biologists want to know more about the chimney swifts status in Montana.

"We think chimney swifts are doing fine in Montana, but we just don’t have the data to back that up. So, we need folks in the community to help us get kind of a baseline of what we have got going on in the state," said FWP's Brandi Skone.

As far as wildlife surveys go, looking for chimney swifts is about as easy as it gets.

"If you live in town, you don’t have to travel far," Koughan said.

"It’s not expensive it’s a free activity. Try it you’ll like it," Stankewitz pointed out.