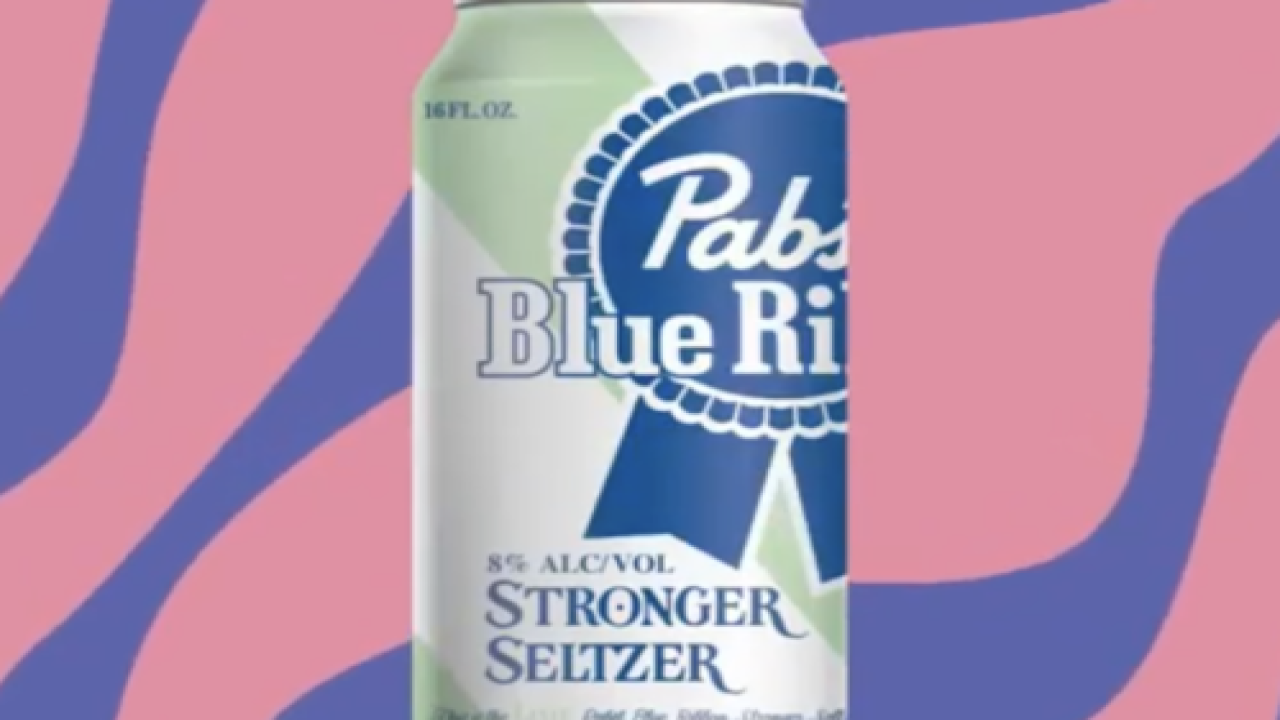 Pabst Blue Ribbon, aka PBR, has been expanding its beverage line recently. First came rumors of its own whiskey , which the company says is still forthcoming . Then a new hard coffee release. The company also added an “extra” strong and full-bodied alcoholic beer and a non-alcoholic PBR.

PBR hard seltzer! Yes, joining the low-cal, effervescent zeitgeist is PBR Stronger Seltzer. And it’s definitely packing more of a punch than many of the hard seltzers currently on the market.

PBR Stronger Seltzer is 8% alcohol compared to many hard seltzer brands, which come in closer to 4-5.5% ABV . Most beers stick closer to 5-5.5% ABV or lower as well. The original PBR is about 4.6% ABV. So you’re definitely more likely to feel the kick in Stronger Seltzer’s can.

Stronger Seltzer is lime flavored and has only 1 gram of sugar (it’s sweetened mostly with Stevia). However, it’s not really a low-calorie drink, with 228 calories per 16-ounce can.

“Stronger Seltzer is a fun and innovative new drink that delivers big on taste and gives our customers something different to enjoy,” said John Newhouse, Pabst Blue Ribbon’s brand manager, in an announcement .

Stronger Seltzer is being released on Aug. 12 in initial test markets in Arizona, California, Montana and Texas. A larger rollout takes place in the fall.

To highlight its lime essence, PBR’s Stronger Seltzer can has a lime green stripe behind Pabst’s iconic blue ribbon design.

Strong struts. Stronger Seltzer. Our limited release will include Texas, Arizona, California and Montana. Don’t live in those states? Tag a friend you know who does. It’s a good way to let them know you’ll be coming into town. And that you’re making a date to grab some of our 8% ABV Stronger Seltzer. ð

In case you’ve ever wondered about that blue ribbon, Pabst Blue Ribbon changed its name from Pabst’s Best Select after winning the top beer award at the iconic Chicago’s World Fair in 1893. The brand actually used to sell its beer in bottles tied with blue silk ribbon to celebrate its winning ways.

People who like trying out sparkling, spiked beverages similar to Stronger Seltzer may be interested in Corona’s relatively new Refresca line of drinks. Anheuser-Busch’s Natural Light also just released a new hard seltzer, which is active on its Twitter account.

That's right, we made a f***ing seltzer.

White Claw , however, with its 100-calorie formula, is considered one of the leaders in this new industry. It is said to hold 70 percent of the market share of hard seltzers , but brand loyalty is not high yet, so Pabst’s new release now has a chance to take some of it.

It's always hard seltzer season with White Claw. Celebrate fall with the Purest Hard Seltzer in the World.

Which one is best? Take a look at one of our writer’s reviews of three kinds of hard seltzer .

Are hard seltzers going to be a staple in your kitchen from now on?

This story originally appeared on Simplemost . Checkout Simplemost for other great tips and ideas to make the most out of life.

Related stories
Copyright 2020 Scripps Media, Inc. All rights reserved. This material may not be published, broadcast, rewritten, or redistributed.