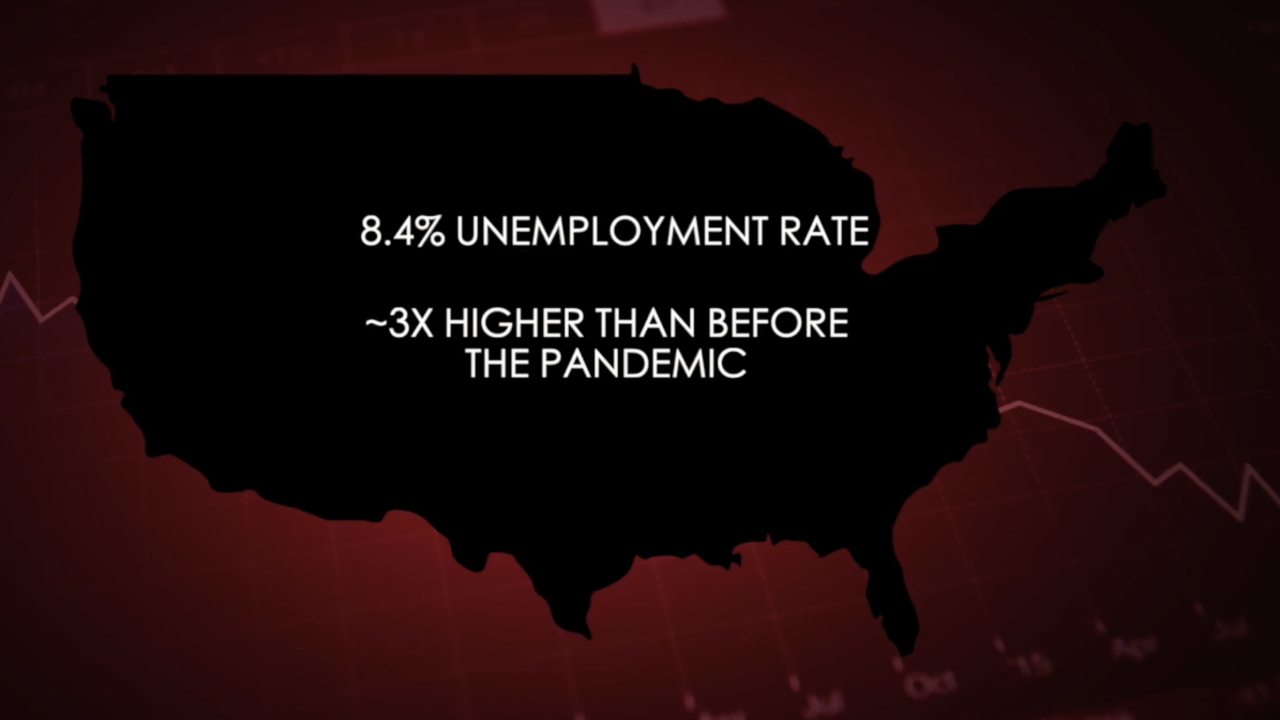 Millions of people are still unemployed in the United States. On one hand, the unemployment rate has been going down since its peak in June. On the other hand, it’s still almost triple what it was before the pandemic.

“I just never anticipated this is where we would be in September,” said Bridget Altenburg, president of the National Able Network.

For 40 years, the National Able Network has been helping people find work. But in the past six months, it has been working overtime on that. The organization has been getting roughly 100 calls for employment help a day, serving more than 10,000 people since March.

“It is scary for the people that we are talking to,” said Altenburg. “It’s scary for them because we thought it would be a month or two months of unemployment, and here we are, basically six months later, trying to help people navigate who’s hiring.”

Altenburg has two key pieces of advice for anyone unemployed right now. One, she is emphatic that there are employers out there hiring.

“There are employers that are desperate for people,” said Altenburg. “So, don’t immediately assume that there is nothing out there, so I might as well not look.”

Secondly, Altenburg recommends anyone unemployed take a moment to figure out potential jobs in current high-demand fields and think creatively about how your current skill sets apply to those potential jobs.

“Don’t sell yourself short in terms of what makes you uniquely qualified for that role,” she added.

For example, you wouldn’t think of a restaurant worker having a unique skill set to be a good fit in the IT field, but the National Able Network has been training them to switch over and IT employers are flocking to recruit these workers.

“People who have been servers intuitively know customer service in a way that I could never teach somebody that is in IT,” Altenburg explained.

In addition to the National Able Network, there is also about 2,400 government-funded American Job Centers nationwide offering free career and job hunt services. In addition, most public libraries, even many community colleges, are offering free resume and some career services help as well.

“At Lyft, when we think of the way we can make on communities, we think about how we can use transportation to do so,” said Lisa Boyd with Lyft.

The ride-share company has even jumped in to help the millions on the job hunt. It is providing free rides, now in 20 cities, to people going to and from job interviews, job training, and even free rides to work until they get their first paycheck at their new job.

The program started in 2019, but at the beginning of the pandemic, Lyft expanded it to help with the increased need.

“We have a job access hub on our Lyft website,” said Boyd. “That will help you be able to go in and sign up on a form.”

Anyone in need of the free ride while you job hunt or start a new job can go to Lyft's Job Access Page on its website. All you have to do is provide info on where you live, what kind of help you need, and the site will connect you with your local United Way or Goodwill. The two partner organizations actually distribute Lyft’s free rides, and they both offer additional free career services help.