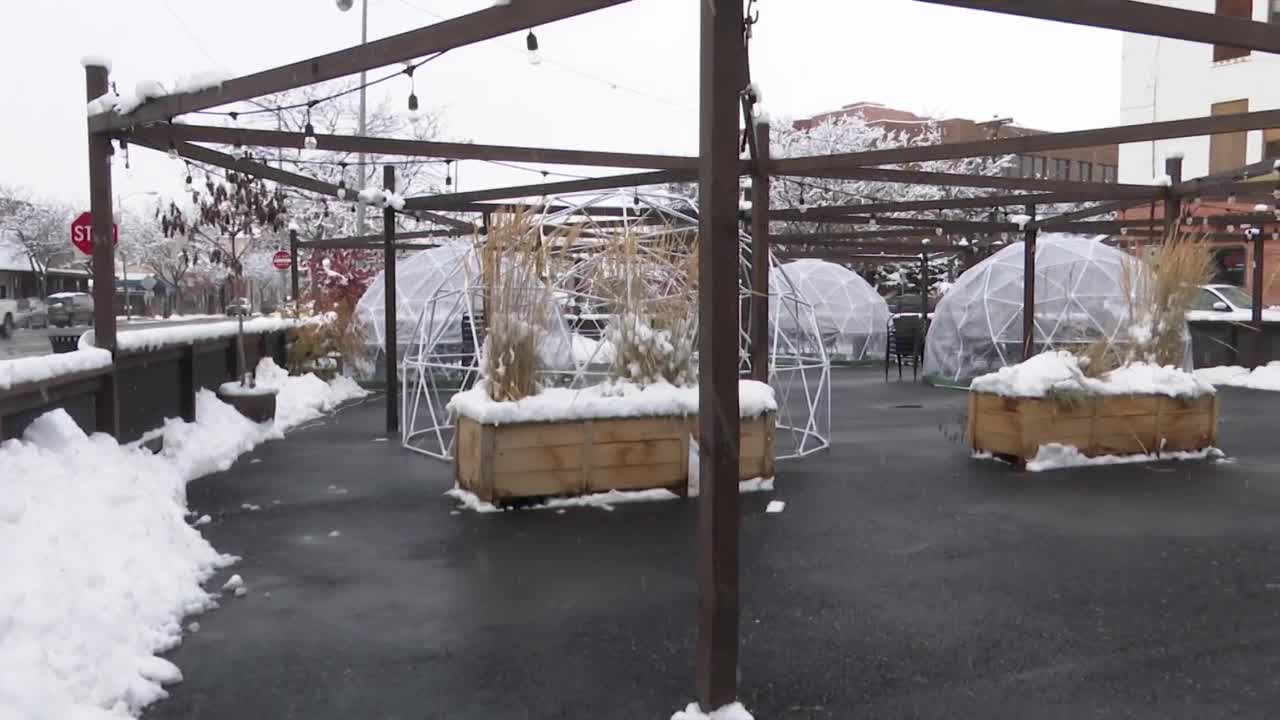 Outdoor dining options saved a lot of restaurants this summer as they operated at lower capacity and tried to keep customers spread out, but with snow on the ground, that option is dwindling for most.

One Missoula restaurant, however, has found a way to make it work. Snow and chilly temperatures are no longer a factor for patrons of the Top Hat -- in fact, it's all part of the experience now.

“It's kind of cool being in the elements as the snows falling to be sitting in a, in a dome that's heated and, and the snow is hitting it's melting it's a cool environment,” Top Hat owner Nick Checota said.

The Top Hat’s new bubble domes are making waves and stopping traffic downtown. They’re heated, they’re well lit, and with room for a table of six, the domes offer customers an intimate dining experience amid the elements.

Zipped inside the translucent bubble, dome dining will do more than just keep you cozy -- it’ll keep you safe.

“But when you give them an option where their small group can be alone and in a safe environment. They seem to be attracted to that,” he added.

Checota says the domes are a response not only for the customers but also for his staff as they work to keep business afloat.

“We had great success with outdoor space and when that went away, we definitely saw a pullback in our overall revenue,” he explained.

“But in this most recent spike that we've seen, you know, we've seen a little bit of a pullback that's starting to come back down. But people really want to be outside, so we were trying to accommodate that and it's a definite response to that,” Checota concluded.

Checota says they plan to have nine domes up and running all winter long. You can reserve one by calling the Top Hat in Missoula at (406) 728-9865.