Yellowstone looks at the challenges of re-opening the park 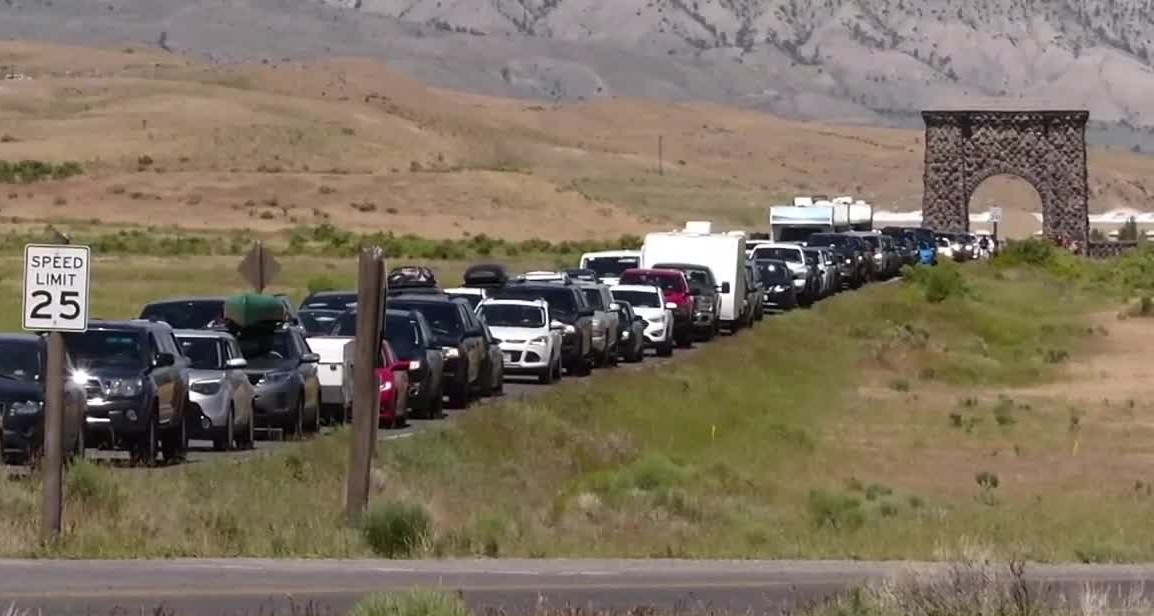 The park closed a month ago, but so far officials are not ready to say when it might reopen.

Yellowstone National Park is 2.2 million acres of mostly wilderness. It seems like it would be easy to re-open for a public itching for a wide open place to roam.

The park closed a month ago, but so far officials are not ready to say when it might reopen. The problem is not so much space, but geography. In a conference call with tourism business operators from nearby communities, Park Superintendent Cam Sholly said, “You end up having a large population of people that come to the park, and they don’t just spread out.”

Sholly points to the most popular parts of the park like Old Faithful, Mammoth Hot Springs and the Lamar Valley as places where large groups tend to congregate instead of spreading out across the park.

“You know, that last weekend before we closed there were a massive number of people here at the Mammoth Terraces,” said Sholly.

Sholly says he doesn’t know if that will change when the park reopens. But small businesses are eager to get back in the saddle. Kipp Saile, owner of Rockin’ H-K Outfitters told Sholly on the call, “Being in the back country of Yellowstone will probably be one of the best places to be in this country during the summer.”

Saile wants access for his guided horse trips. Sholly noted that Saile uses 15 passenger vans to transport his customers to trailheads in the park. Sholly said that may not work this summer.

But he left an opening for Saile when he said, “Maybe it’s gotta be two vans now.”

Sholly emphasized that when the park closed it was at the insistence of neighboring communities like Gardiner, Cooke City and West Yellowstone. And that it was done for the safety of not just the public and park employees, but also residents of those local communities.

While Sholly would not be nailed down on an opening date, he did mention that it would be at least a few weeks away and likely would take place in phases or stages. He said, “You know, there might be a way to ease into this and not just have full open, normal, overwhelming amounts of people coming in right away.”

Sholly went on to say, “That might mean that we don’t do hotels initially. Maybe it’s all cabins.”

A park entry by reservation only was suggested during the call. Sholly said that’s on the table, but he isn’t a fan of such complicated and paperwork intensive proposals. But, he just couldn’t forget that last weekend the park was open.

“Before we closed, I would suggest that there were a large number of people that were completely either obtuse or ignoring social distancing guidelines,” said Sholly.

He promised close cooperation with health departments in neighboring counties and with the governors of neighboring states on any reopening decision. Sholly said it would be nearly impossible for the park to reopen if the surrounding states didn’t agree on a framework for travel rules. For instance, if Montana waived its mandatory two week quarantine for out of state visitors, but Wyoming did not, travel to the park would be extremely difficult.

Yellowstone lodging concessionaire, Xanterra ,announced in March it would open for the season on May 22nd. But now the company says it is re-evaluating that date.