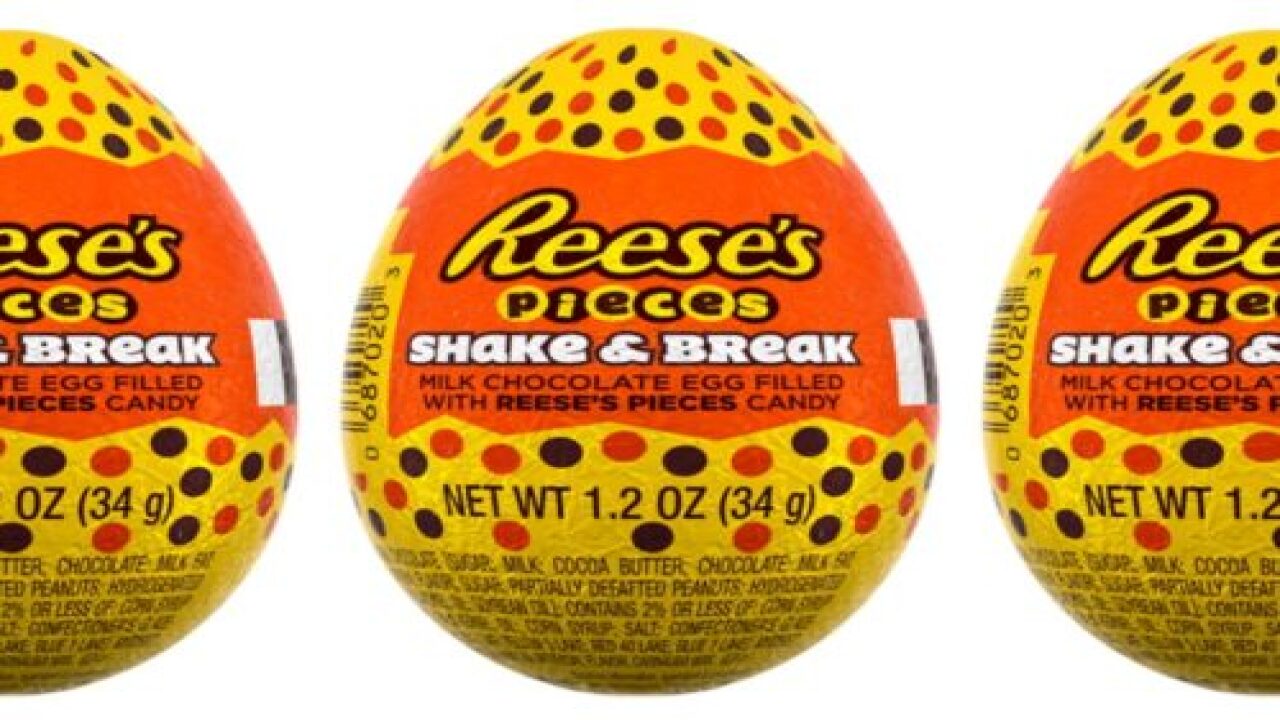 Halloween may be the most popular holiday for candy, but don’t forget about those Easter baskets! From chocolate bunnies to Peeps, the Easter season has to be a candy lover’s second favorite time of year.

This year, there’s a brand new twist of one of the most popular Easter treats — Reese’s Eggs. While you can still get them in milk or white chocolate, for the first time ever, you can now also find a new hollow chocolate egg filled with Reese’s Pieces!

Similar to the Wonder Ball (for all you ’90s kids out there), the new Reese’s Pieces Shake & Breaks are literally a toy and a candy in one. Not only do they rattle when you shake them, but the shell is edible and you’ll get an extra peanut butter treat when you break, bite or crack them open:

They’re available now nationwide for around $1.69 each.

If that’s not enough peanut butter for you, Reese’s also has a brand new 4.25-ounce Peanut Butter Bunny, which is made of thick Hershey’s chocolate and filled from ears to tail with peanut butter. They’re available nationwide in individual units for a suggested retail price of $5.19, though Target has them for $4.29.

And while not candy (but still sugary sweet and peanut buttery!), Reese’s is also bringing back their Reese’s Puffs Bunnies cereal in March. Made with real Reese’s peanut butter and Hershey’s Cocoa, each cereal piece is shaped like — you guessed it — bunnies!

If you’re not a chocolate person, Trolli just launched new Sour Crunchy Crawlers, which are chewy and crunchy gummies that come in bright neon colors and in spring flavors like Strawberry-Watermelon, Lime-Cherry and Raspberry-Orange.

If you want to cut back on the sugar for your kids this Easter, Oriental Trading has a variety of non-candy eggs that will give little egg hunters non-edible goodies instead.

From eggs filled with dinosaur toys to bubbles to puzzle pieces and even slime meant to look like an egg yolk, they all look like a great alternative to candy!

Feeling hungry yet? Which treat will we find in your kitchen pantry?

This story originally appeared on Simplemost. Checkout Simplemost for other great tips and ideas to make the most out of life.

Related stories
Copyright 2020 Scripps Media, Inc. All rights reserved. This material may not be published, broadcast, rewritten, or redistributed.