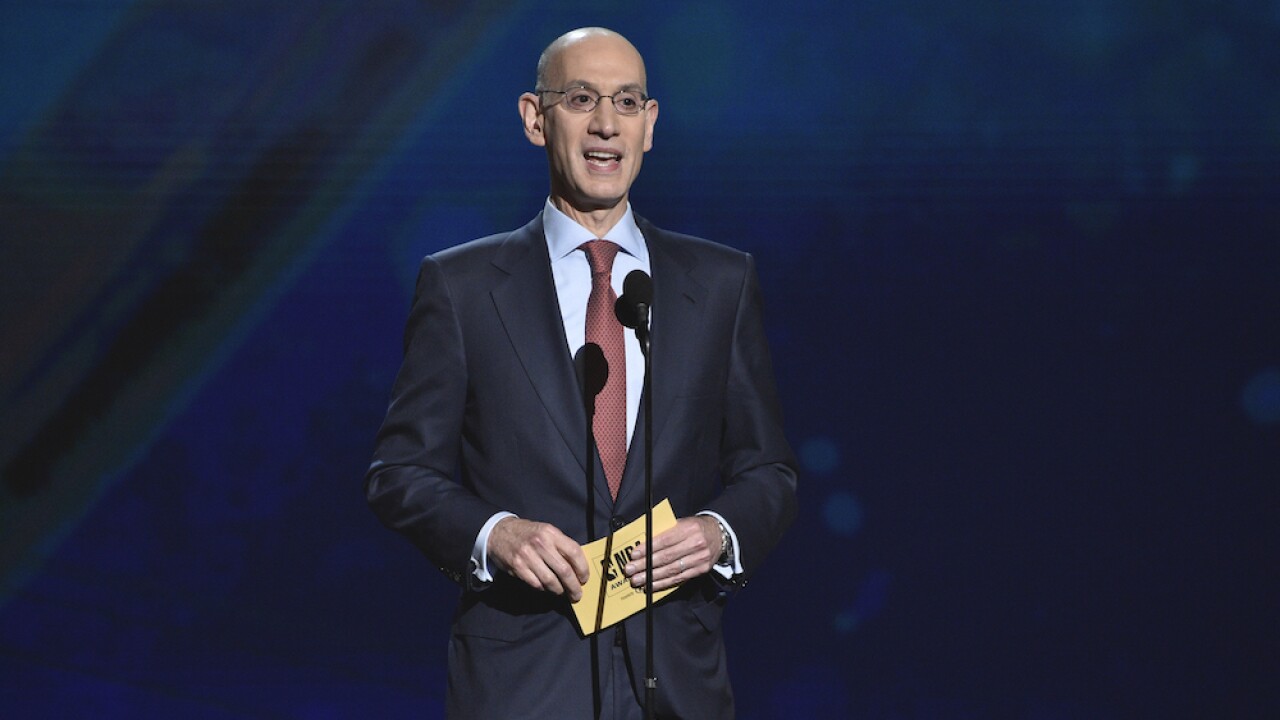 NBA commissioner Adam Silver said Tuesday that he believes that the league's next season won't begin until 2021.

"We said a week ago or so that the earliest we would start is Christmas of this year," Silver told sportscaster Bob Costas during an appearance on CNN Tuesday. "But the more I'm learning and listening to Dr. Fauci this morning, I continue to believe that we're going to be better off getting into January."

The NBA season typically tips off in October, with the NBA Finals culminating in June. However, the current 2019-2020 season was delayed for several months due to the COVID-19 pandemic, and the league is currently is still in the midst of the conference semifinals.

In addition, Silver said Tuesday that it's the league's goal to play a standard 82-game season and playoffs in 2021.

"Further, the goal would be to play games in home arenas in front of fans, but there's still a lot we need to learn in terms of rapid testing, for example. Would that be a means of getting fans into our building? Will there be other protections?" Silver said.

Upon restarting its season in July, the NBA opted to hold all games and board all players, coaches and team personnel at the ESPN Wide World of Sports Complex at Disney World. Players and coaches must remain at the resort at all times in order to be eligible to play. Only about two-thirds of teams continued play in the 2020-21 season, and a seeding round was conducted before the standard playoffs began.

MLB and the NFL chose to play games in home stadiums with limited or no attendance upon the start of their seasons. Silver says he hopes to learn from those sports before making a final decision on the 2021 season.

"There's a lot of new information out there in the marketplace that we're looking to absorb. But the goal is to play a standard season," Silver said.