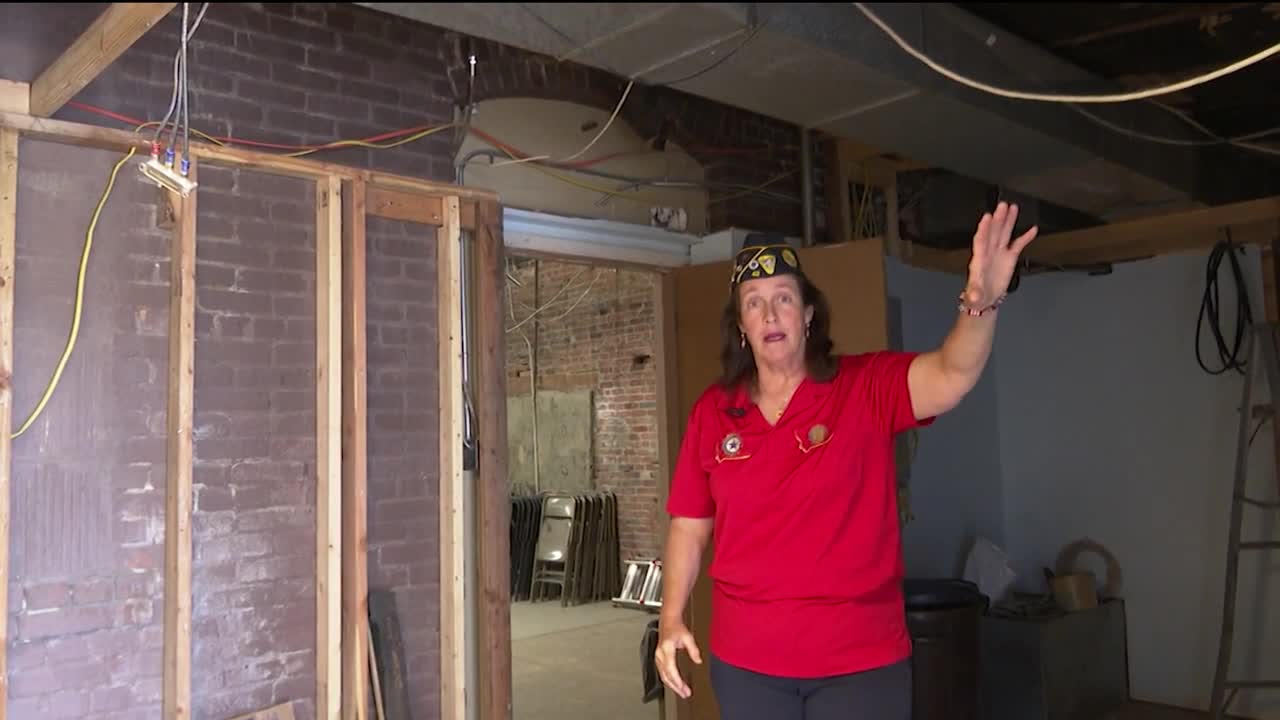 TOWNSEND — Looking at old photos that go back to the year 1910 shows the American Legion Post 42 organization was initially next door to where The Betsy Sports Bar is now in Townsend.

In 1946, the American Legion still gathered upstairs. They had not yet moved to the building next door, which was a movie theater.

A few decades later, the veteran-based group found themselves next door, taking over the old movie theater.

It's been about one year since the American Legion Post 42 was struck by a fierce storm that damaged the building.

During the pandemic, volunteers, members, and contractors have been hard at work to fix the issues and bring the century-old brick framework back to life.

Commander Jennifer Dalrymple, who is an Air Force veteran, said her plan is to add new fixtures, to bring more life into the building.

"Pictures of those that have served from Broadwater County, down the Heritage hall, then you will be able to walk into this beautiful room and keep the bar at the end," Dalrymple said.

Towards the back of the building, a new entrance will be added for wheelchair access.

"We do have a basement, but we will ramp it right here for handicap access, because this building does not have ADA access, and we want to be able to provide that to our members because many of them are in wheelchairs," Dalrymple said.

She added while keeping old features, "we are hoping to preserve this portion of the archway and move it to the exterior, where we are going to have that hallway."