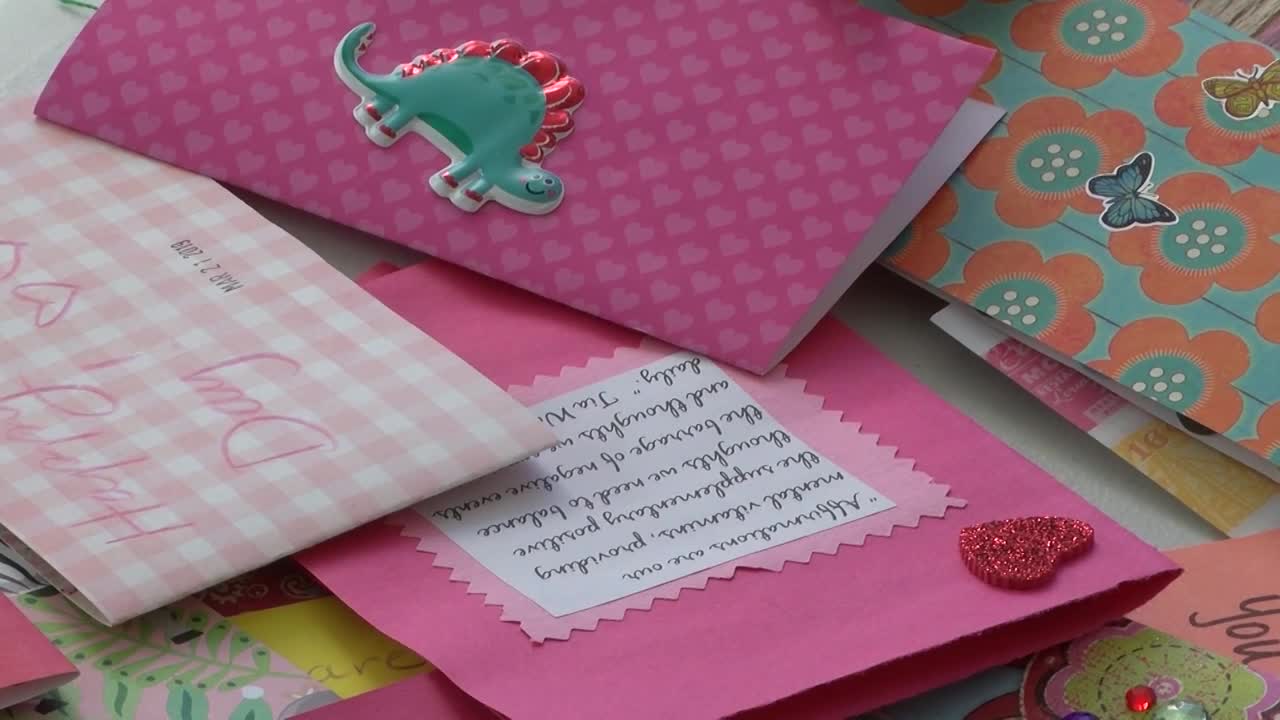 HELENA — Hundreds of volunteers from coast to coast are making cards of love and support for people using, working in or volunteering for domestic abuse shelters through Stitching Hearts: Palentines for Broken Hearts.

Meg Crane, “The Craft Nerd,” of Helena started Stitching Hearts seven years ago while in college in Winnipeg.

“The homeless shelter was just down the street so I decided to make Valentine’s cards for them,” said Crane. “We made 800 and then afterwards I kind of thought it would be a lot more meaningful if those cards were going to people in domestic abuse shelters.”

Since 2014, the program has grown exponentially and has sent around 8,000 Valentines cards to domestic shelters across the United States and Canada. Each card is handmade by a volunteer and contains a small message of encouragement for the recipient.

Crane encourages as much creativity as people want, but does have a couple restrictions on what can be featured in the cards. Cards can’t have depictions of violence, swearing, religion or gender since they don’t know who the recipient of the card will be.

“We want to make sure that the cards are a friendly and encouraging message,” said Crane.

According to the National Domestic Violence Hotline, around 1 in 4 women and 1 in 7 men over the age of 18 have been the victim of severe physical violence by an intimate partner in their lifetime.

Domestic abuse does not discriminate based on religion or economic status.

This year the cards will be delivered for “Palentine’s Day” on February 13 to celebrate platonic love between Friends.

A lot of the cards are made by kids, and Crane says it's a good way for everyone, no matter the age, to make a difference in someone’s life.

“A lot of children want to do something to help other people, but you don’t have that much power when you’re four years old,” explained Crane. “But making a card for somebody that will brighten up their day, that shows kids they can make a difference. This project also just gets people talking more about domestic abuse. So talking with their kids about what’s appropriate, what’s not appropriate or talking with other adults about you know what you can do to stop domestic violence.”

If you or someone you know are the victim or survivor of domestic violence, know that help is available.

The National Domestic Violence Hotline is available 24/7 at 1-800-799-7233. An advocate can provide assistance to victims, and anyone calling on their behalf.

People still make cards and sent them in time for Palentine’s Day and send them to Stitching Hearts for distribution. Any card donated past the shipping date will be saved to be sent out next year. Crane said she’s also happy to connect people with a domestic abuse shelter if they’d like their cards to stay locally.

More information about the program can be found here.