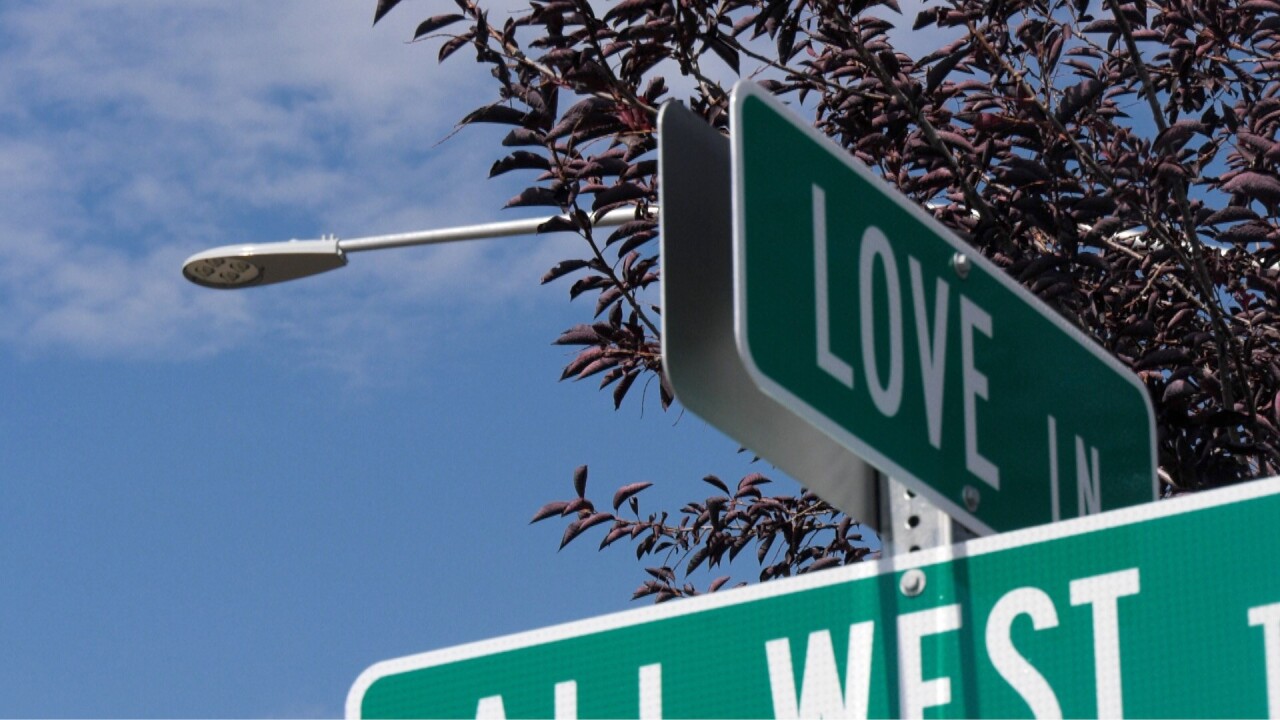 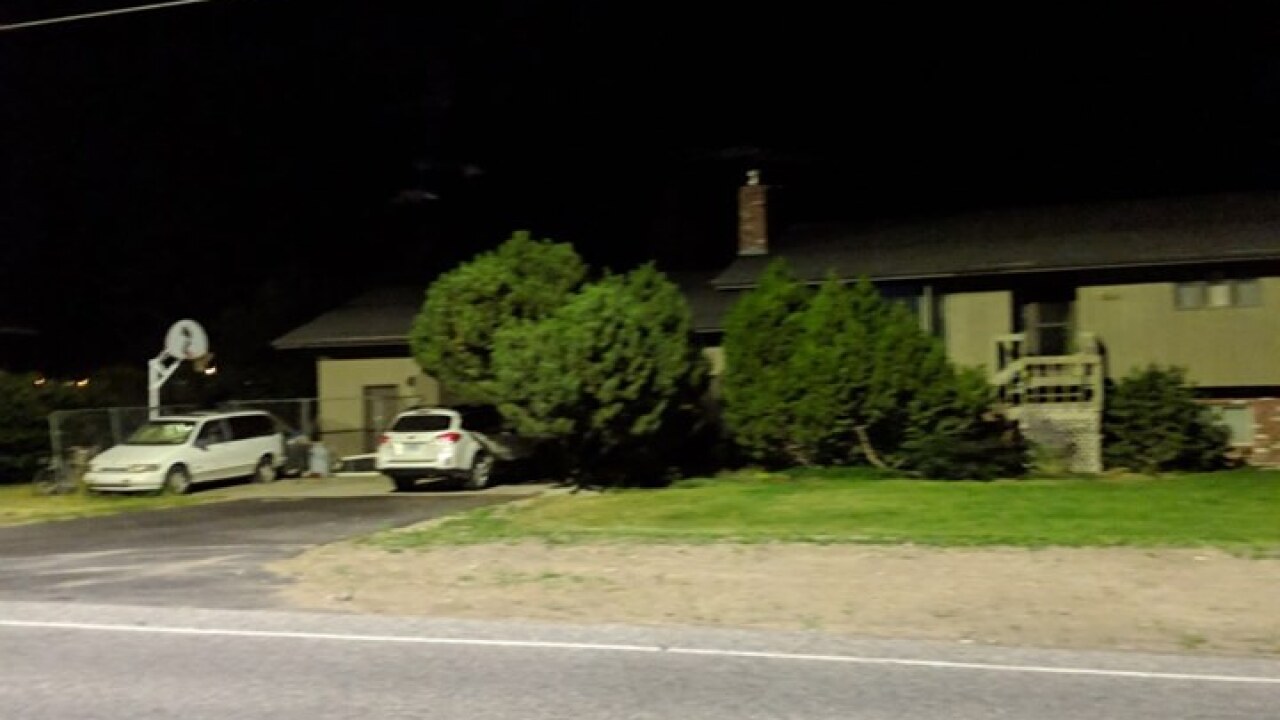 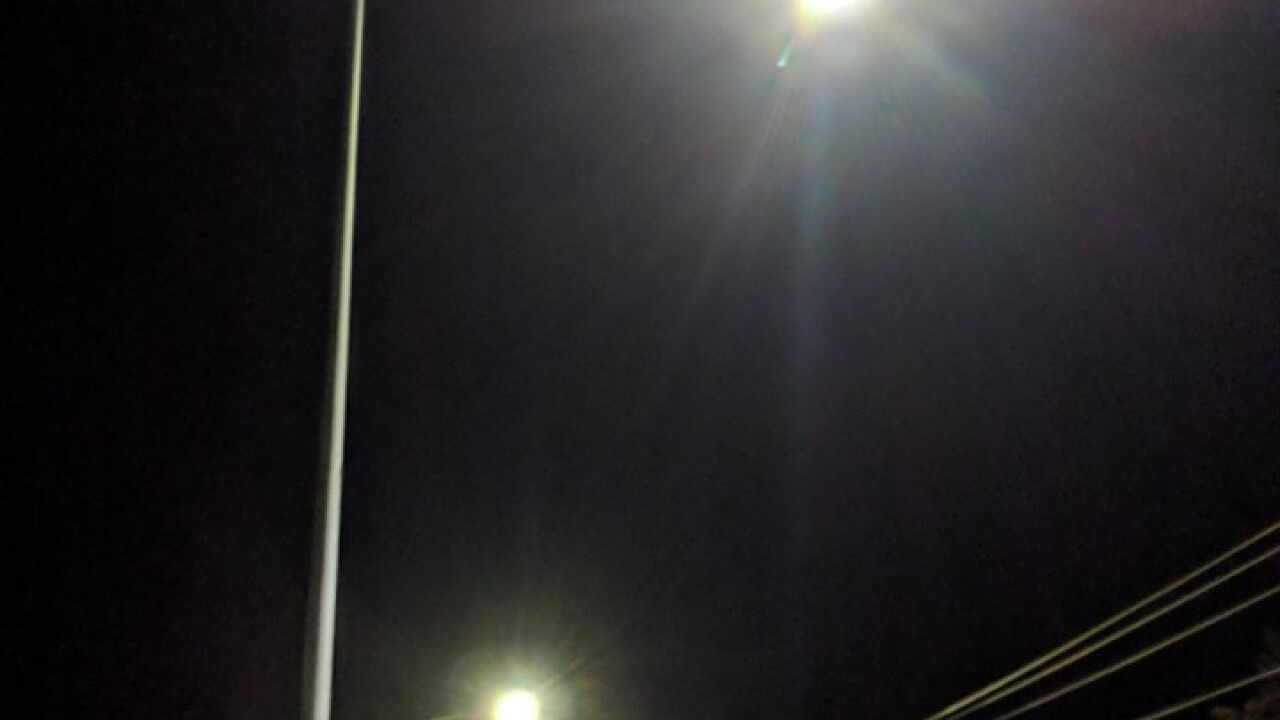 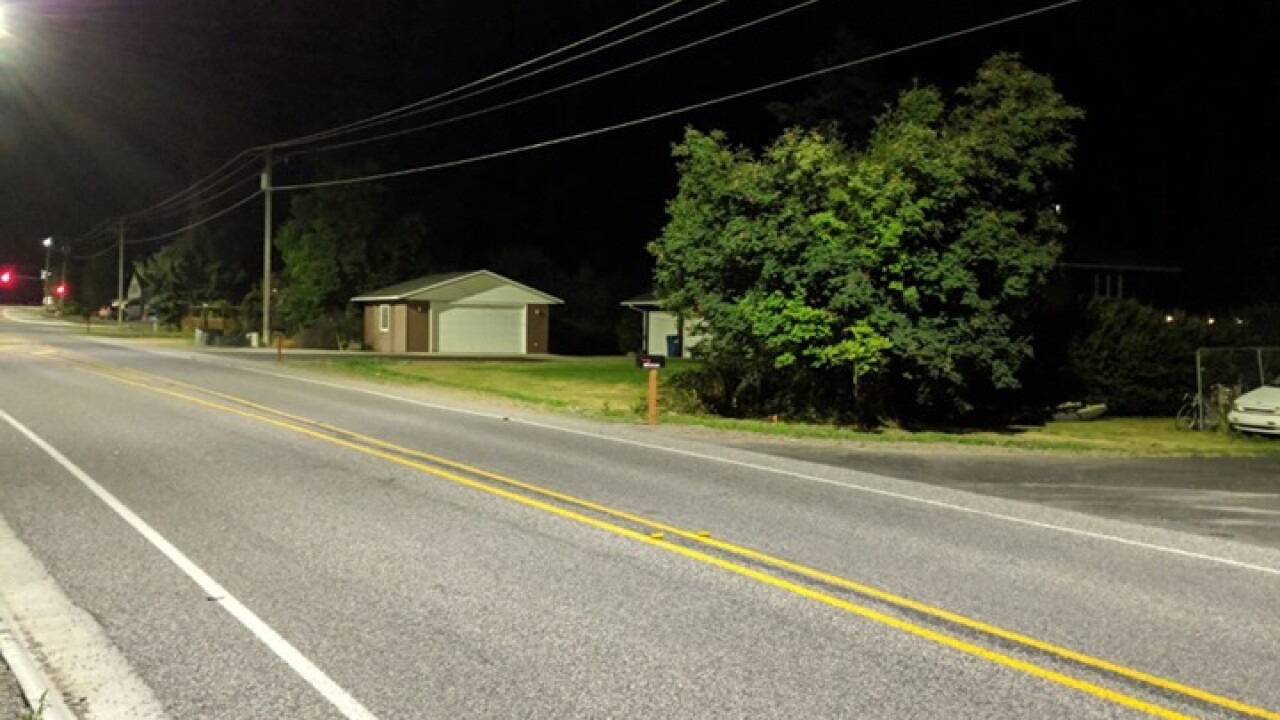 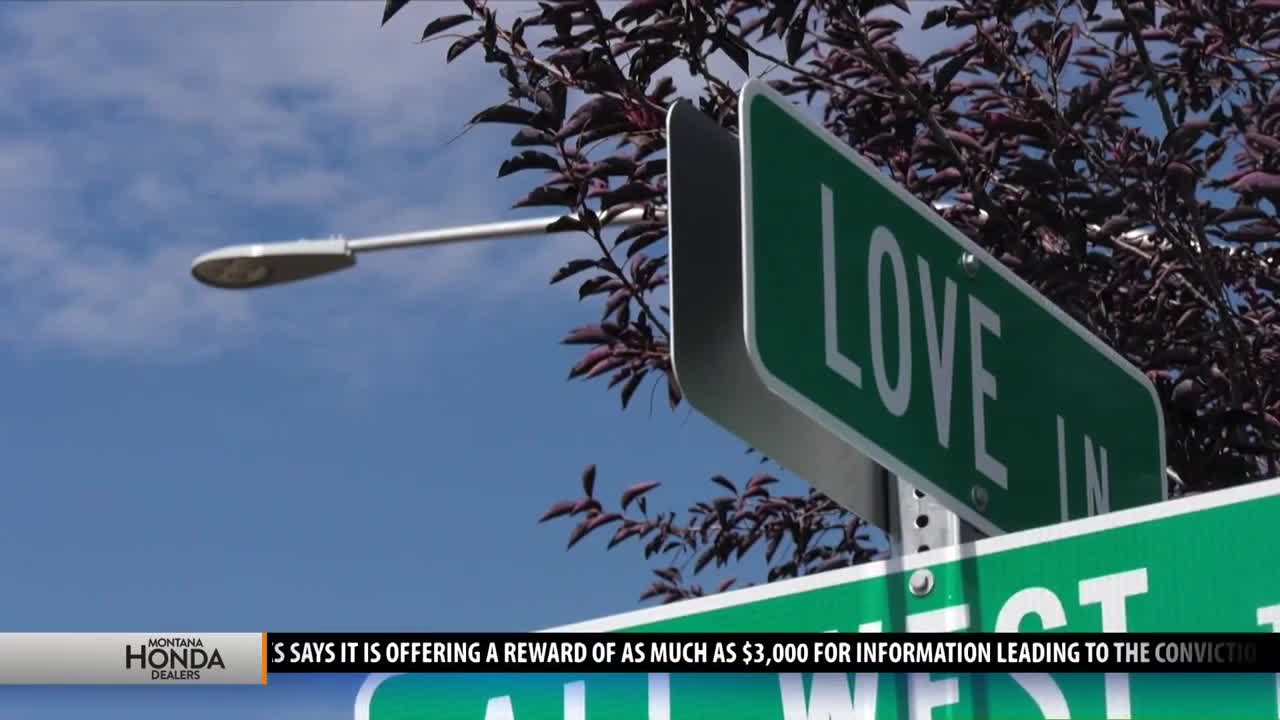 Yet, a new problem has residents squinting out their windows.

The construction centering on the intersection of Love Lane and Huffine Lane west of town is complete, you can see the new turn lanes at work, along with the new traffic light.

You can also see eight street lights, or luminares, stretching down the road.

Those living nearby say these are making an unexpected problem.

“They didn’t give us any reason why they wanted them,” says Terry Triemster, who has lived along that stretch of Love Lane since 1976.

The orange cones that you used to see when you turn down Love Lane are gone.

Instead, eight metal street lamps have taken their place.

Triemster is one of several who didn’t see them coming.

Triemster says when the lights came on for the first time, everyone knew.

“They’re about like a parking lot in a Walmart place or maybe brighter than that,” Triemster says. “Not quite as bright as a football field but you could play football out here.”

Others say the same.

Light flooding into their homes, brighter than expected.

Others say they lost sleep.

“The main thing is they didn’t tell anybody that they were going to have these bright lights up here,” Triemster says.

Another man, who didn’t want his face or voice on camera, is concerned for a family of owls recently rehabilitated and released, nesting near his home.

Terry’s neighbor started a petition, signed by nearly everyone in the stretch.

According to the Montana Department of Transportation, the street lights are meant simply for safety but those living along the stretch that signed the petition argue that it’s a bit much.

“They’re working to fix it,” says Duane Liebel, MDT’s pre-construction manager out of Butte. “I don’t know if we got the answer yet but we’re working at it.”

Liebel agrees that this was an unforeseen problem.

“The reason we went back so far as we did is so we could get the traffic to and into the right lanes when they enter into the signal,” Liebel says.

Liebel adds that the petition was an eye-opener.

There are now a couple of options on the table.

“It’s very important,” Liebel says. “It’s all hands on deck for this one.”

Either way, Triemster and others hope the light gets dampened soon.

“It makes a lot better relationships if you got, if you tell them and maybe ask us,” Triemster says.

They do not know just yet when those shields will be set up.