Bullock and Tester say postal service is "under attack" 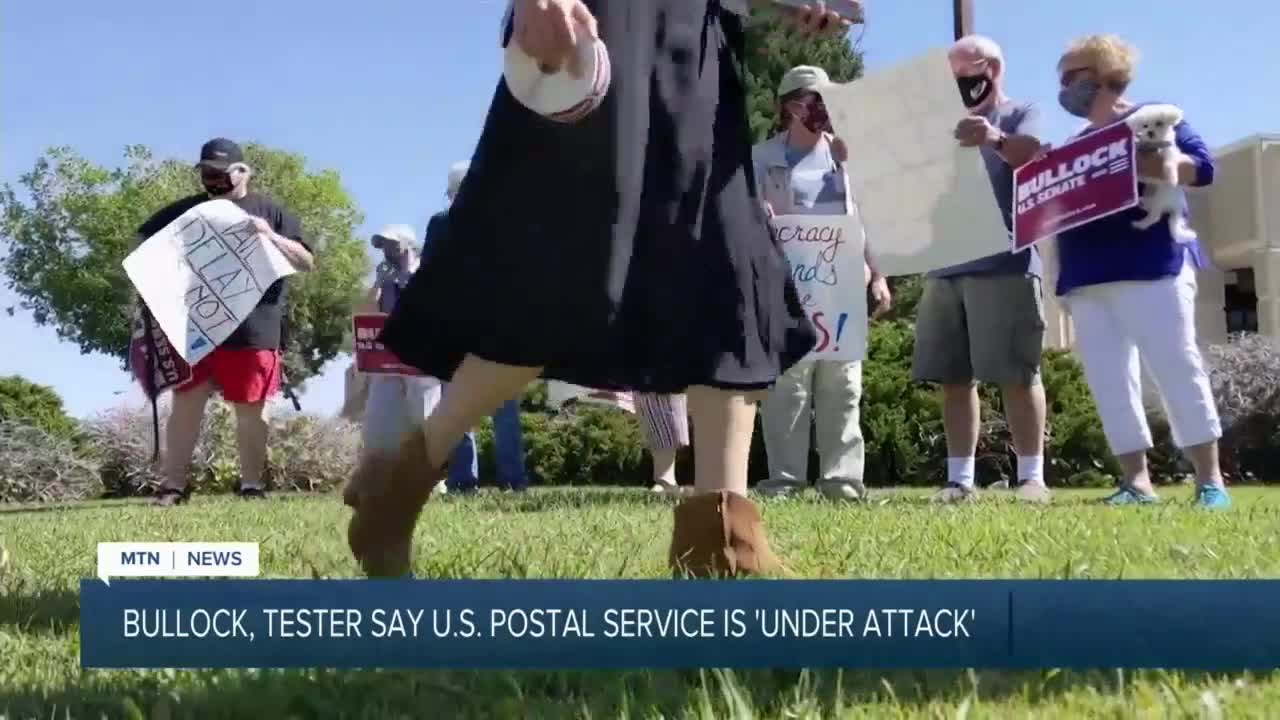 Bullock and Tester say postal service is "under attack"

Governor Steve Bullock and U.S. Senator Jon Tester stopped by the Charles M. Russell Post Office in Great Falls on Friday to rally support against what they called an “attack” on the U.S. Postal Service (USPS).

They were joined by fellow Democrats and one member of the Montana Postal Service Workers Union, who spoke out against previously proposed operational changes to the USPS by Postmaster General Louis DeJoy, a former Trump campaign donor. DeJoy partially suspended some of those changes amid mounting public pressure in August.

Bullock and Tester said that some Montanans are experiencing mail delays and many of them are concerned about proposed changes to the USPS from the Trump administration. Tester said his office has received more than 7,000 calls on the subject. Montana's other U.S. Senator, Republican Steve Daines, has also received lots of calls.

The U.S. House of Representatives passed a bill in August to provide extra funding for the postal service, but that bill hasn’t made it to the Senate.

Daines, who was at a different event in Missoula on Friday, is also a self-described strong advocate for the USPS. He urged the USPS in August to investigate the removal of collection boxes in Montana.

“The United States Postal Service (USPS) is an essential service for Montanans in both urban and rural towns and is relied upon by Montana veterans, the elderly, and rural communities across the state,” he said in an August press release.

Every member of Montana’s congressional has voiced support for the USPS during the election year. To grant the USPS additional funds before November, Tester and Bullock called on Congress to come back to Washington, D.C. to vote on the House’s bill.

“The House already returned to Washington to pass legislation, by a wide, bipartisan margin, by the way,” Tester said. “And there’s no reason that the Senate cannot do the same.”

They urged politicians on all sides of the aisle to move past partisan gridlock.

“We ought to be able to at least agree on some things,” Bullock said.