Crawford charged with stealing more than $18,000 worth of electronics 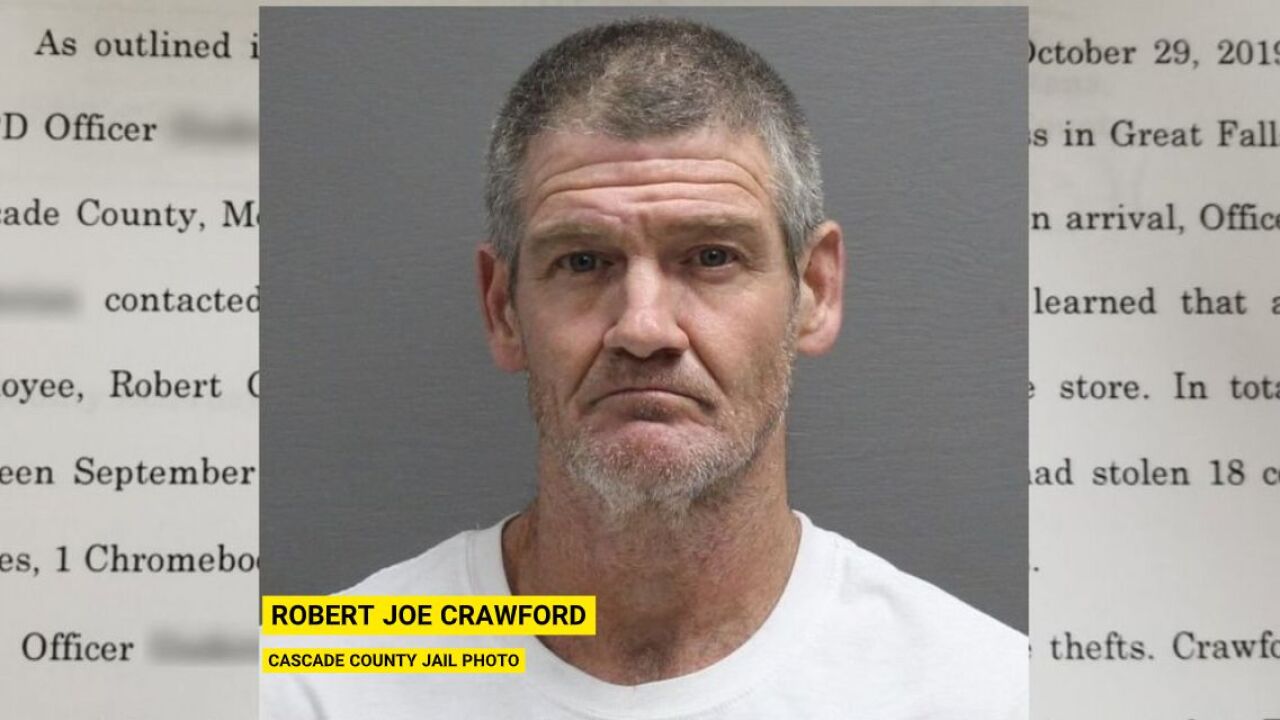 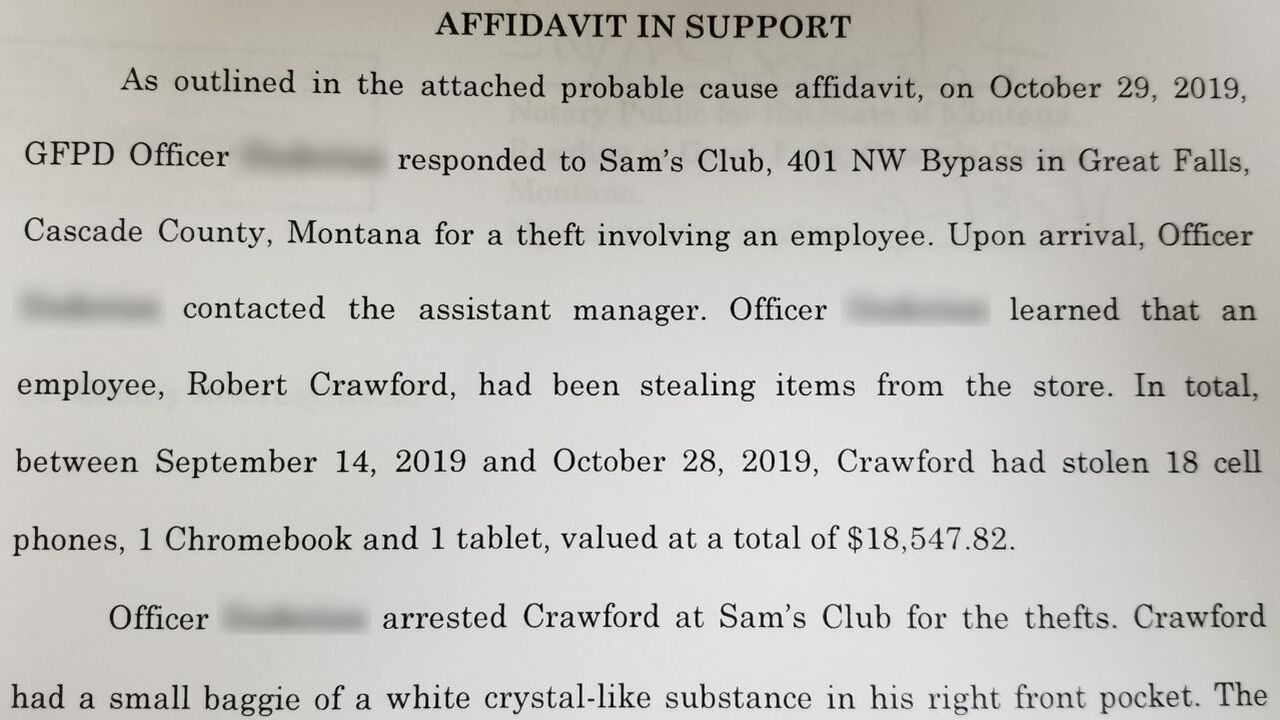 Robert Joe Crawford has been charged in Great Falls with stealing more than $18,000 worth of electronics from Sam's Club.

Court documents state that police officers were called to Sam's Club on Tuesday for a report of a theft involving an employee, later identified as Crawford. A manager told police that they realized the store was missing a Chromebook, and they began reviewing surveillance video, which reportedly showed Crawford "fishing" cell phones out of a locked storage unit.

The investigation revealed that 18 cell phones, the Chromebook, and one tablet had been stolen, and the retail value of the items was $18,547. Court documents state the thefts happened on several dates between September 14 and October 28.

When he was arrested, Crawford was found to have a small baggie of a substance which tested positive for meth.

Crawford told police that he stole the items to support his drug habit, and said that he sold the stolen phones at a cell phone kiosk in a Walmart store.

Court documents state that Crawford has criminal convictions in Nevada and California.

Crawford is charged with two felonies: theft, and criminal possession of dangerous drugs.

Prosecutors requested that bond for Crawford be set at $10,000.