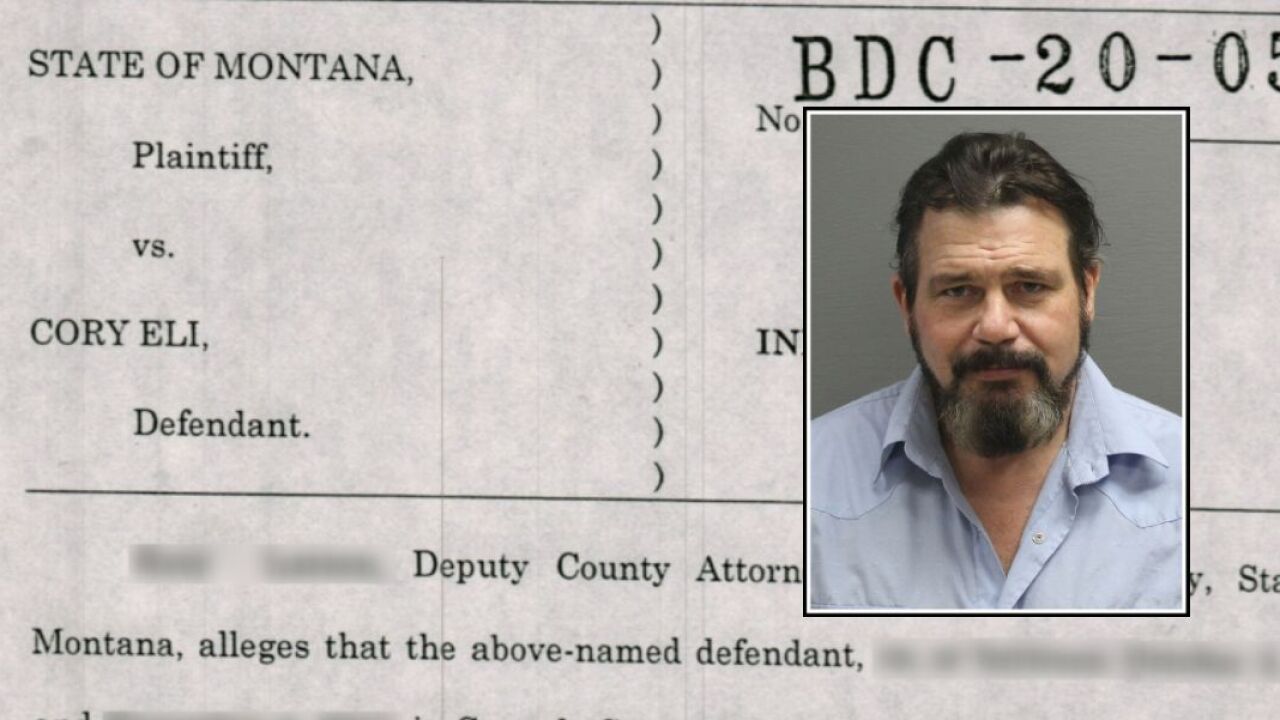 Cory Eli has been charged in Great Falls after he admitted to making two videos of a nude teen girl.

Court documents state that Eli admitted that he left a computer tablet in a bathroom and that was how he made the video. He admitted to making two recordings. The charging documents note that the video was "taken in a manner supporting it was done for sexual gratifiction."

Eli has been charged with one felony count of sexual abuse of children, a violation of Montana Code 45-5-625(1)(e) . Court documents state: "The above-named defendant knowingly possessed any visual or print medium, including a medium by use of electronic communication in which a child is engaged in sexual conduct, actual or simulated."

The court documents state that a person convicted of the offense "shall be fined an amount not to exceed $10,000, imprisoned in the state prison for a term not to exceed 10 years, or both."

Court documents also state that Eli may face an alternatitve charge of sexual abuse of children, a violation of Montana Code 45-5-625(1)(b) , which states: "The above-named defendant knowingly photographed, filmed, videotaped, developed or duplicated the photographs, films, or videotapes, or recorded a child engaging in sexual conduct, actual or simulated.

The court documents that a person convicted of the offense "shall be punished by life imprisonment or by imprisonment in the state prison for a term not to exceed 100 years and may be fined not more than $10,000."

As of February 24, Eli is not in jail. However, the jail was able to provide KRTV with a booking photo of Eli, which means that he likely was arrested at some point in connection with these charges. We do not know if there is a warrant for his arrest at this time.

NOTE: The information above is from court documents and/or publicly-available information filed in the case, and does not necessarily provide all of the information relevant to the case. Defendants are considered legally innocent unless they admit guilt, or are proven guilty in court.