Lloyd Wallace Youpee of Poplar, 92 years old, has been charged in federal court 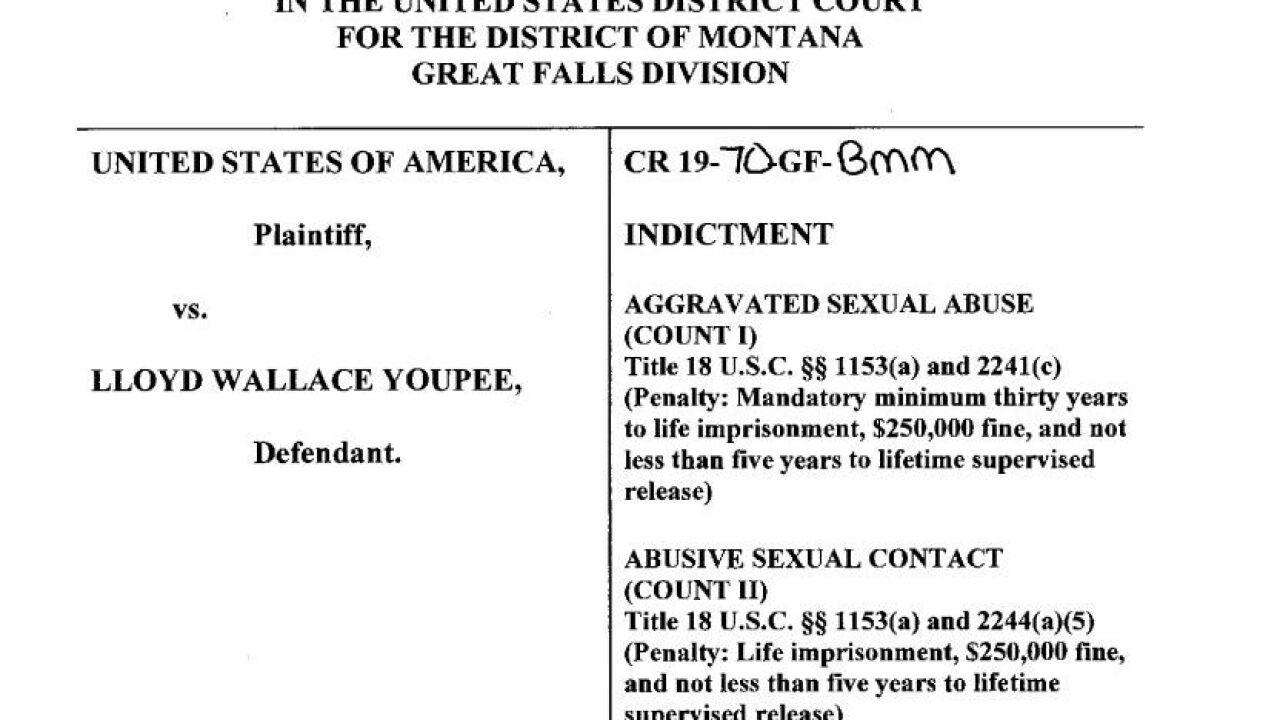 Lloyd Wallace Youpee of Poplar, 92 years old, has been charged in federal court in Great Falls with sexually assaulting a child.

Court documents state that between February 2018 and December 2018, Youpee caused a child under the age of 12 "to engage in sexual acts."

The documents allege he engaged in "sexual contact" with the child with "an intent to abuse, humiliate, harass, degrade, and arouse and gratify the sexual desire of any person."

He pleaded not guilty to the charges.

His trial is scheduled for December 2, 2019. Court documents state that Youpee will remain in custody pending further proceedings.

A press release from the U.S. Attorney's Office notes that the charging documents are merely accusations, and defendants are presumed innocent until proven guilty

Youpee is charged with two felonies: