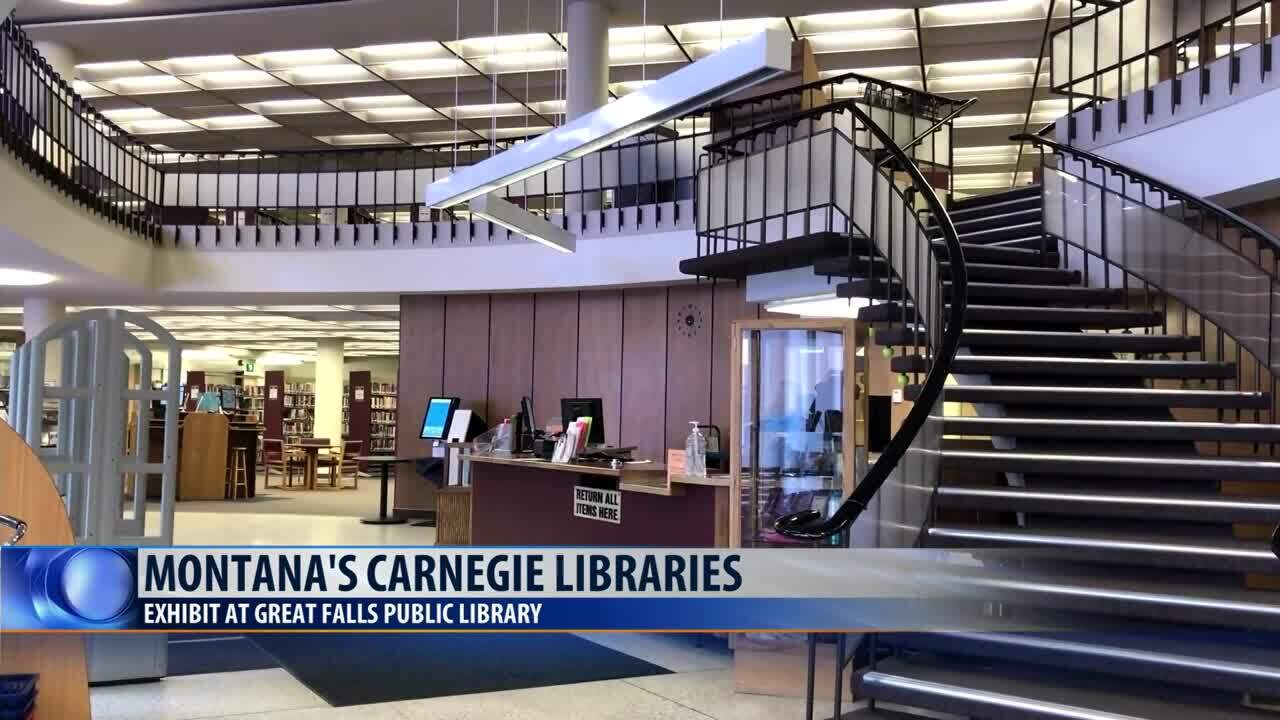 Wealthy industrialist and philanthropist Andrew Carnegie provided grants for the construction of over 2,000 libraries across the country in the late 1800’s to early 1900’s.

Of the original 17 Carnegie libraries built in Montana, 15 still exist throughout the state today.

“Andrew Carnegie grew up underprivileged...libraries were his refuge and his source for an education...He utilized his local library to achieve everything that he did, to become the incredibly wealthy man that he became. He then took a lot of his money and gave it out in grants to people all over the country to build public libraries so that other people would have the same opportunities that he did,” Richmond said.

Thanks to Carnegie, many cities including Great Falls have access to libraries and the ability to learn. She said that’s why visiting the exhibit and learning about the history of libraries in Montana is so important.

“Knowing the history of where we have been and how we got where we are: if Andrew Carnegie hadn’t taken his wealth and distributed it all over the country to support public libraries so many communities wouldn’t have them. the money for the buildings themselves would not have existed,” Richmond said.

Richmond added that the community of Great Falls has cycled through three libraries since its founding: the Valeria Library, followed by the Carnegie, and the Great Falls Public Library, respectively. Richmond said Great Falls’ original foundation of libraries set the city up for success.

“Because we had to begin with the Valeria Library and then the Carnegie Library, great falls was set up to be a successful city...We have so many patrons who remember going to the Carnegie Library as children, who are still regular patrons here at the library,” Richmond said.

If you'd like to learn more about the history of Carnegie libraries throughout the state, you can check out the exhibit at the great falls public library through the end of the month.

Or if you’d like to read up on Montana’s Carnegie libraries, you can check out the book “ The Best Gift: Montana's Carnegie Libraries”.

The library is located at 301 2nd Avenue North in Great Falls.