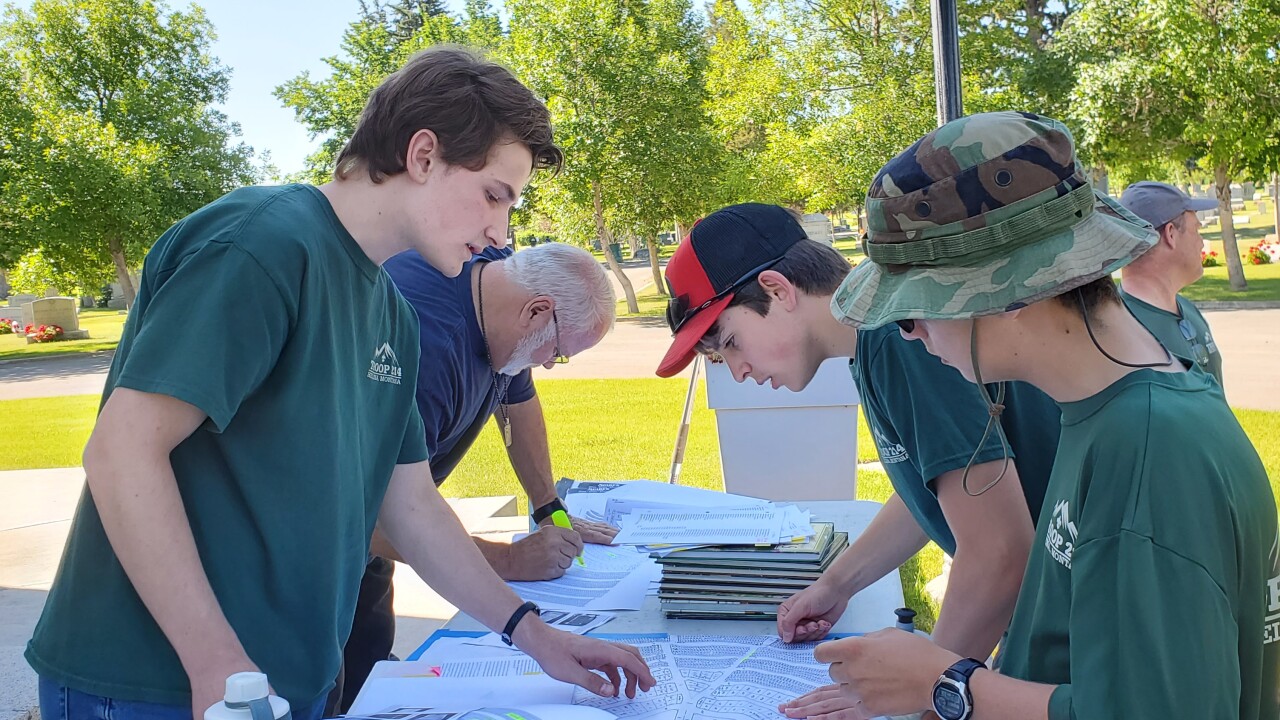 HELENA — There are over 750 veterans buried at Resurrection Cemetery in Helena. However, the cemetery is having a difficult time locating them.

"They told me that they weren't exactly sure where all the veterans were buried,” says Gabriel Schulz, a Troop 214 Boy Scout. “They had an idea but it wasn't very accurate. So, he was telling me that his staff did not have enough time to go and check where they all were. He said they wanted to repair the gravestones, but, of course, you need to know where they are."

The cemetery staff pitched to Gabriel to find the veterans in the 8,000-person cemetery as an Eagle Scout project. Gabriel agreed and took charge in the project.

"So, what we are doing is finding them and marking it on a map, so that we can make it available, for public use, where they are. It just seems like more of a respectful thing for the veterans, if we actually know exactly where they are in the cemetery," says Schulz.

Along with the map includes example photos of veteran graves so each group can identify a veteran when roaming around the cemetery. The cemetery staff says they are grateful to have younger generations taking care of the veterans.

"It just shows that, you know, these younger kids, they actually care about preserving the history about these people that are no longer with us,” says Jarrett Rash, a groundskeeper at Resurrection Cemetery. “It makes me happy knowing that they are taking care of the headstones. Especially the veterans, you know, we have a couple of veterans that, it will say on their headstone, 'lost at sea' or 'never made it home.' I think it's a good thing that these younger guys care about it and take care of them."

As mentioned, the results will be available to the public. The cemetery says they will make a binder and a billboard with the location of the veterans.

Troop 214 also offered to help the cemetery by cleaning the veteran graves after locating them.