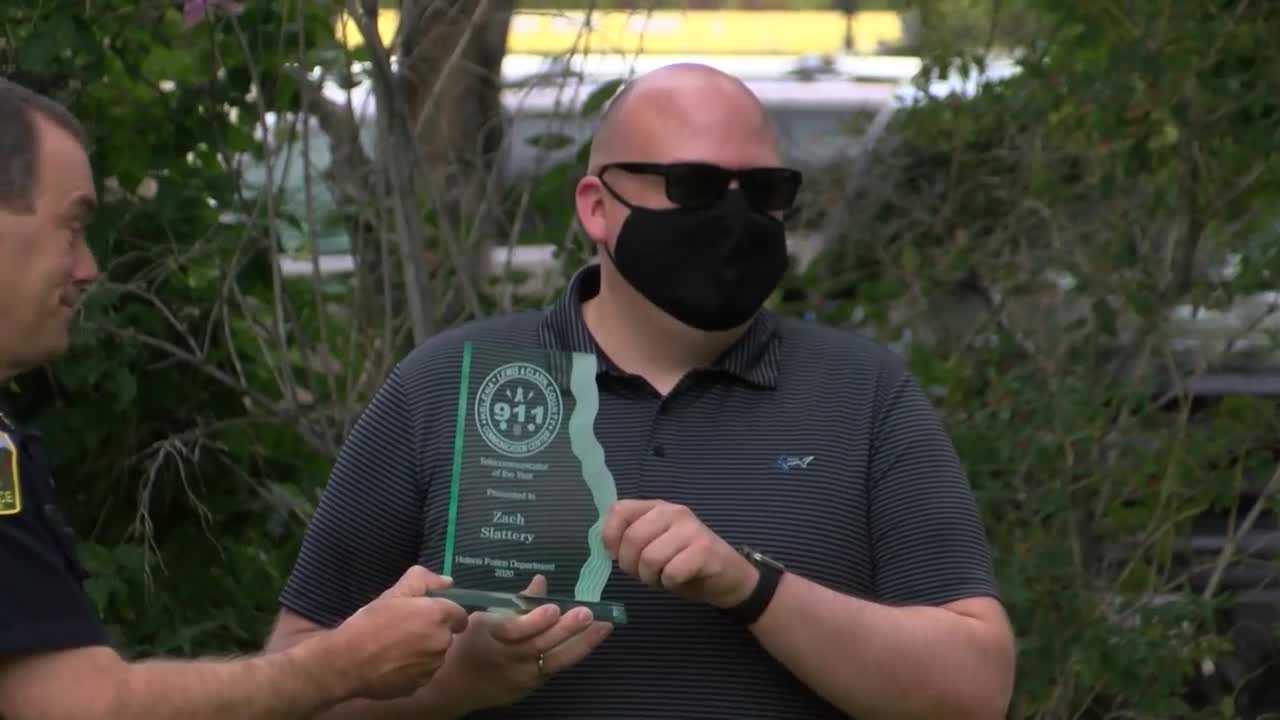 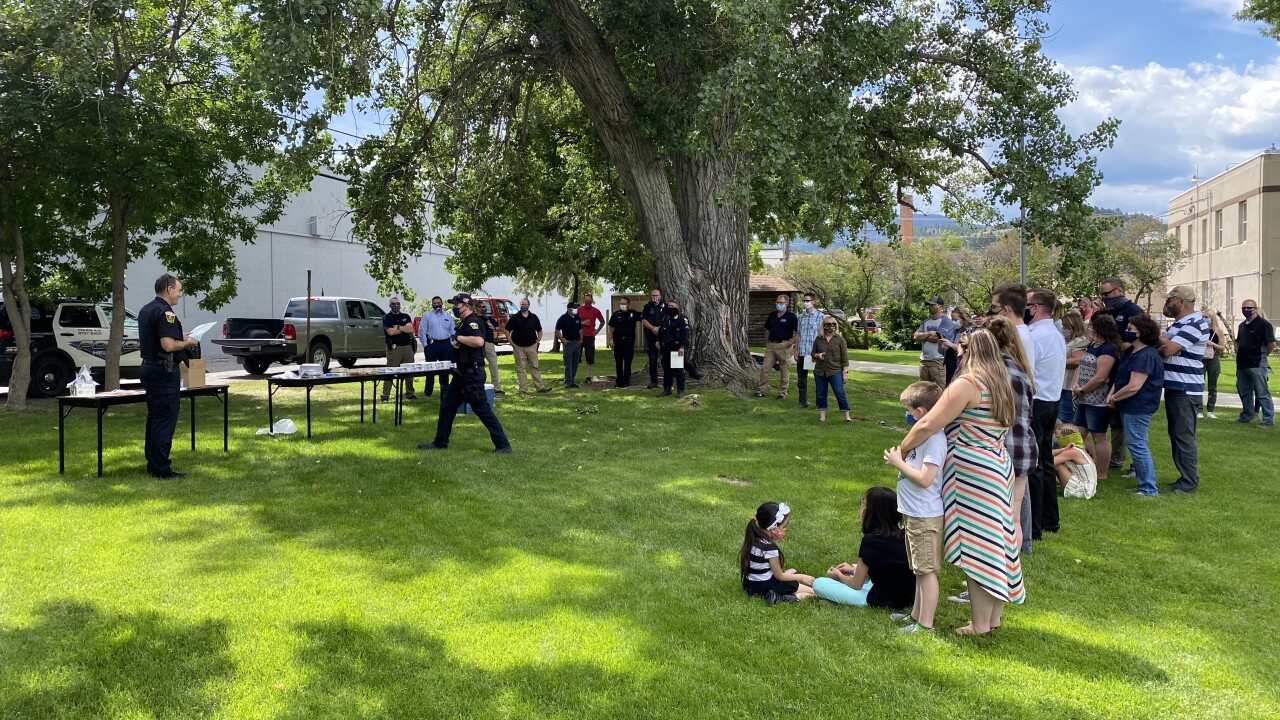 HELENA -- Though it wasn't the ceremony the Helena Police Department is used to, they made due as Police Chief Steven Hagen commended 7 officers for life-saving achievements and gave awards for Officer, Dispatcher, and Employee of the Year at Womens park in Helena on July 17.

"We actually normally give out any awards, that are a yearly style award, we'll give those out on vigilante day," said Hagen. "We were going to have this inside in our building, we clearly don't want to pack everyone in a very small space. So we decided we're going to go to the park."

As friends, family, and colleagues donned masks and socially distanced, Hagen handed out the awards. One of which, went to Zach Slattery, for dispatcher of the year.
Slattery said it was nice to have his efforts recognized, but noted it was his team that was to be thanked.

"Having that recognition is great and having a specifically for me is great as well, but I can't ignore the fact that it is a team effort for us," said Slattery following the ceremony. "And I can't be successful without my team."

The Officer, Dispatcher, and Employee of the year award recipients were selected by members of the police department. Farah Lane was awarded the department’s employee of the year, and said it was nice to be recognized by her peers, but carried Slattery’s sentiment of her achievement being a team effort.

“It's a good feeling. I mean, it's nice to be recognized by peers, but it's also very much teamwork every single day," said Lane. "We all have to work together and I think we all do a really good job of that.”