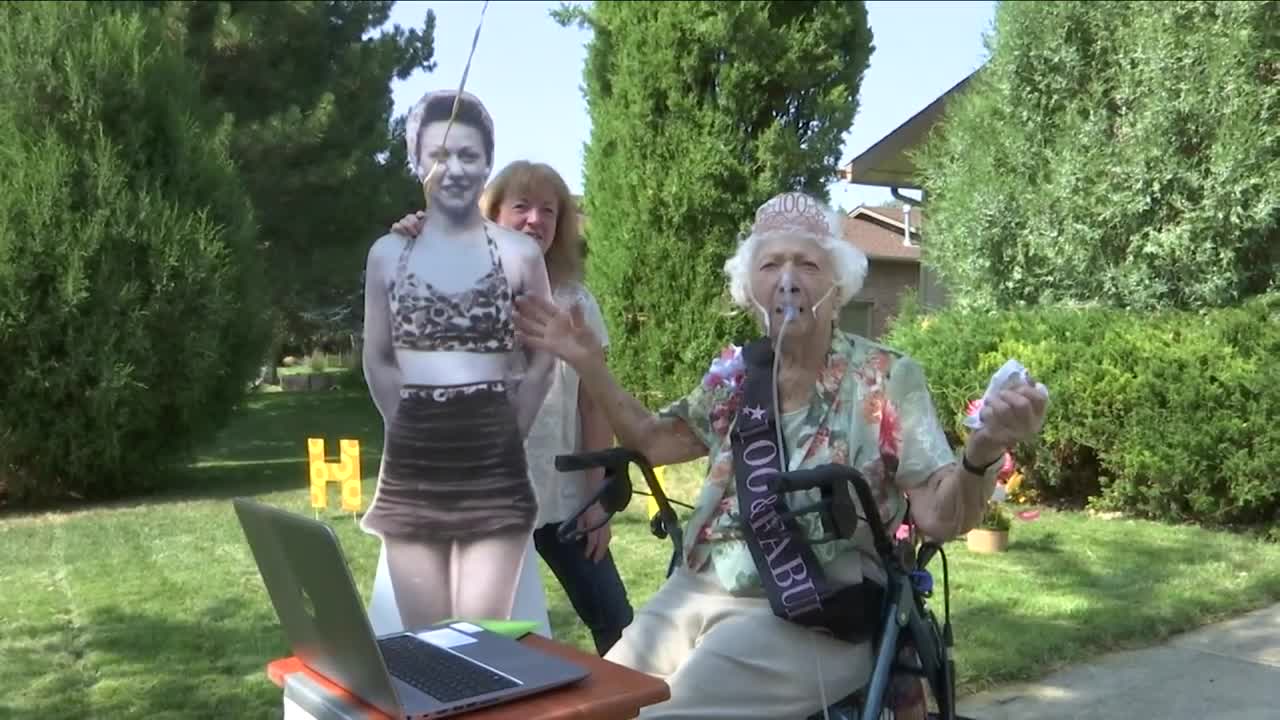 BILLINGS- Flo Clark turned 100 Friday. She didn't expect much for a celebration due to COVID19 concerns, but she was wrong.

"I didn't think, with the situation as it is, that I would have any kind of a birthday party. I had the biggest in the world," Clark said Friday.

Flo Clark was born Sept. 4, 1920. She grew up in Brooklyn, N.Y., and clearly made lasting impressions on many along the way.

"Everybody's so far away, and they're all here. They're from all over. I can't believe it," Clark said.

Family and friends traveled from New York, Idaho, and beyond to be a part of a birthday parade for the beloved matriarch.

"It's the biggest surprise I've ever had in my life, I can't imagine anything like this," Clark said.

In addition to the dozens of cars in attendance were a limousine and tow truck adorned with birthday wishes.

"It was worth it to live 100 years to see this. It was wonderful," Clark said.

Jazz could be heard from blocks away, as Flo enjoyed her very own parade from her sidewalk.

Those who couldn't make it were on Zoom calls for the entire surprise and chatted with the birthday girl along the way.

In addition to hundreds of cards, voice mails and a guest-book birthday card for all to sign, Clark got a special visit from her grand-dogs.

"Well I've had some nice birthdays. But this is, just takes them all," Clark said.