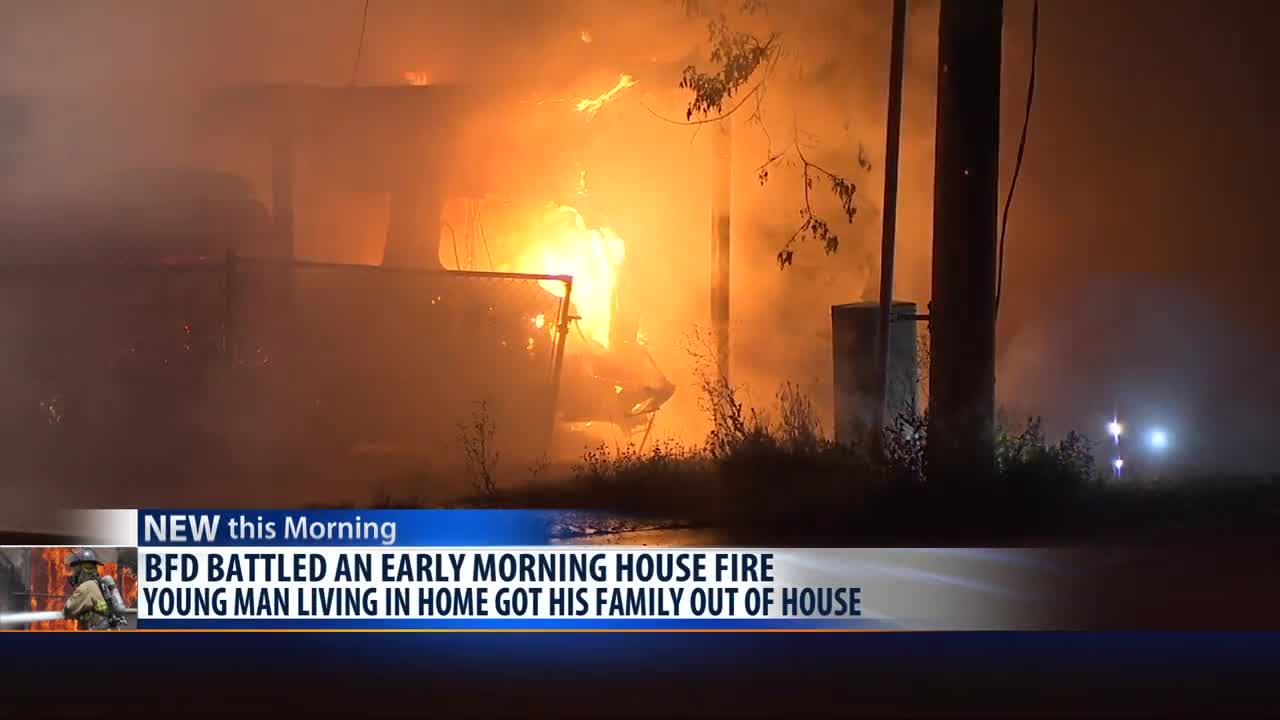 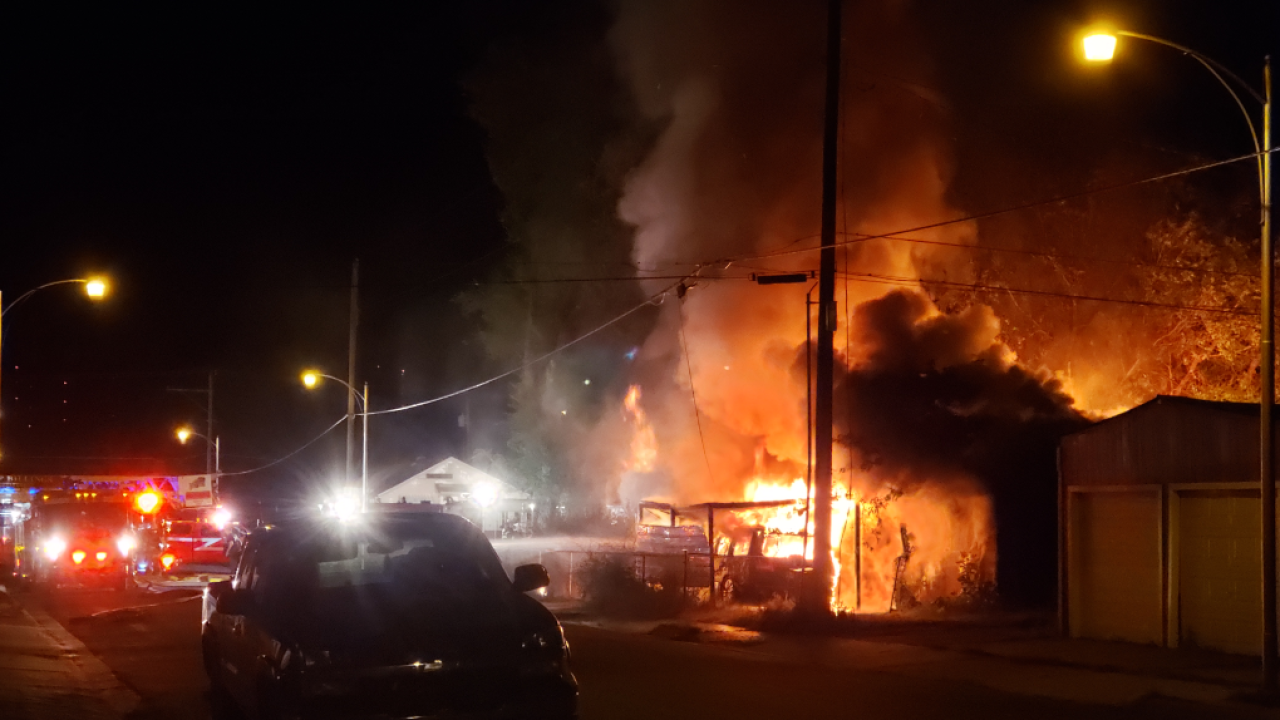 Fire officials said the blaze caused an estimated $100,000 in damages and a cause remained under investigation late Wednesday morning.

The fire damaged the detached garage, the outside of the house and the dining room, fire officials said in a press release.

A teenager living in the house noticed the fire and safely evacuated his family out of the house. No injuries were reported.

The fire department also reported that while firefighters were fighting the fire someone stole a department radio and protective equipment from a fire truck.

A family on the Billings Southside was woken up by flames early Wednesday.

The 3 a.m. fire at 104 Jefferson Street burned a garage and a shed.

Fire crews arrived on scene to find the garage and a shed engulfed in flames.

They battled the fire in hopes of saving the home, but the flames were able to spread to the house.

An estimate on damages hasn't been released, but a young man living in the home said he's the one who first noticed the fire and called 911.

He said there's been a problem with people sleeping behind their home, so when he noticed the motion sensor light turn on he went outside to investigate.

That's when he saw the flames.

He rushed into the home to alert his family, including his disabled brother, and everyone was able to get out safely.

A neighbor at the scene said the family used a special needs van that was parked inside the garage that burned.

This is a developing story. Check back for updates.