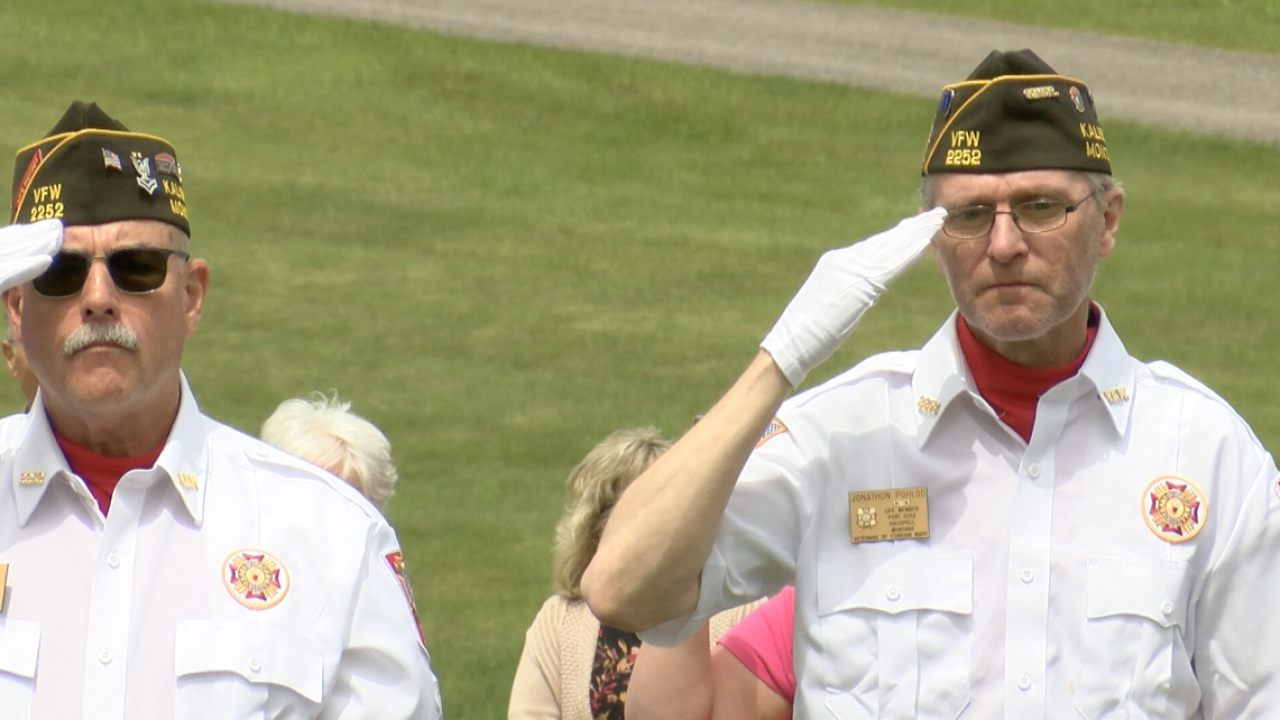 On monday, a special flag ceremony was held in Kalispell honoring a storied Flathead veteran.

Maj. Gen. Van Sickle passed away last September at the age of 104.

A native of North Dakota, Van Sickle moved to the Flathead Valley in 1987.

He was appointed to the United States Military Academy at West Point in 1934.

At the end of World War II , he was a deputy commander of the 497th Bombardment Group.

“Quite the storied career as I understand it, he was the oldest living West Point graduate when he passed away, so it’s honor to be part of raising the flag for him,” said Fitzpatrick.

The Honor Guard remembered all Flathead Valley veterans with the laying of the wreath and a playing of taps.