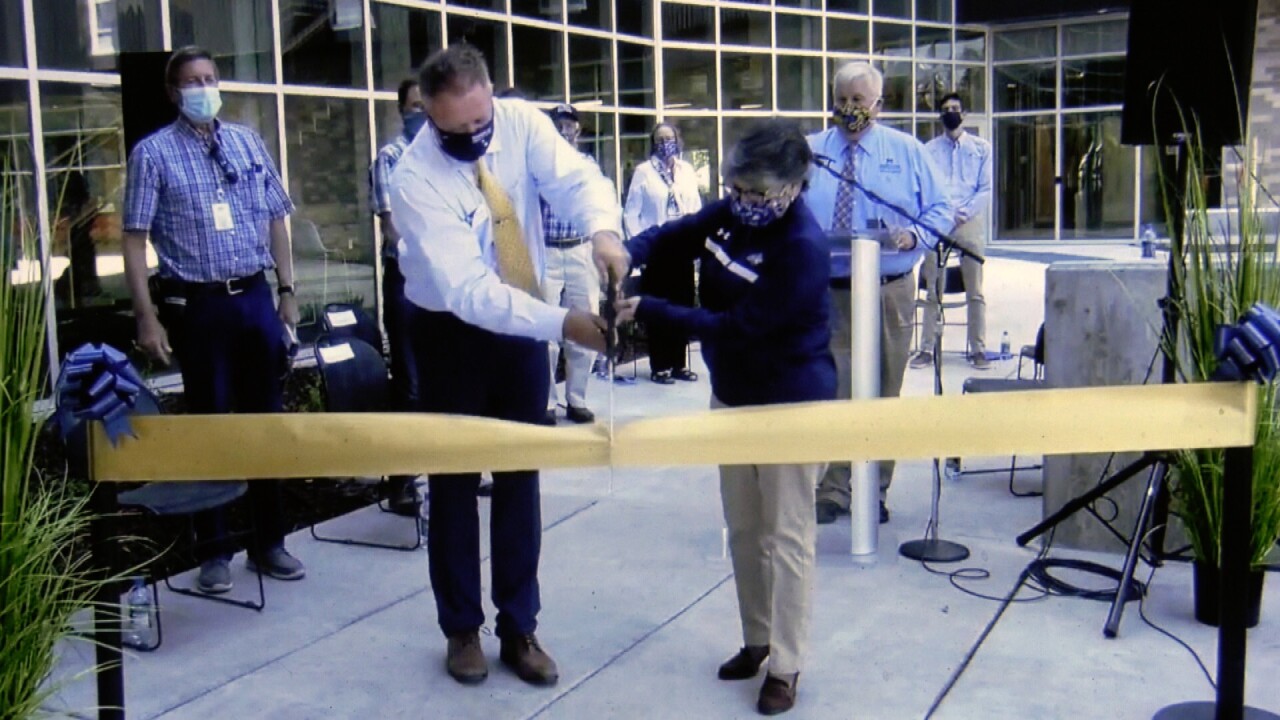 We showed you the inside of MSU’s newest residence hall last week and, on Tuesday, August 4, the university officially cut the ribbon on its grand opening.

Hyalite Hall will house more than 500 students, and safely, according to MSU officials.

The entire six-floor building has been given the social-distancing treatment with safe study areas, multipurpose rooms and each of the dorms, along with the 510 beds.

Planning for the building began around four years ago, with the groundbreaking only happening two years later.

While it was originally slated to cost around $50 million, the team behind Hyalite Hall say the university was able to come in under-budget.

Contractors, engineers, MSU Residence Life and others all spoke virtually from the hall’s courtyard, including president Waded Cruzado, herself, who spoke of the researchers who first discovered Hyalite Canyon and why this hall is named after it.

“It was that group that noticed the presence of a gem: the Hyalite,” Cruzado said, in part, alongside Tom Stump, Jeff Bondy and others behind the construction of the hall. “That has been a nearly spiritual area for us all. This building, in essence, is named for that gem.”

Now that the building is open, final preparations for students to start moving into Hyalite Hall are taking place this week.