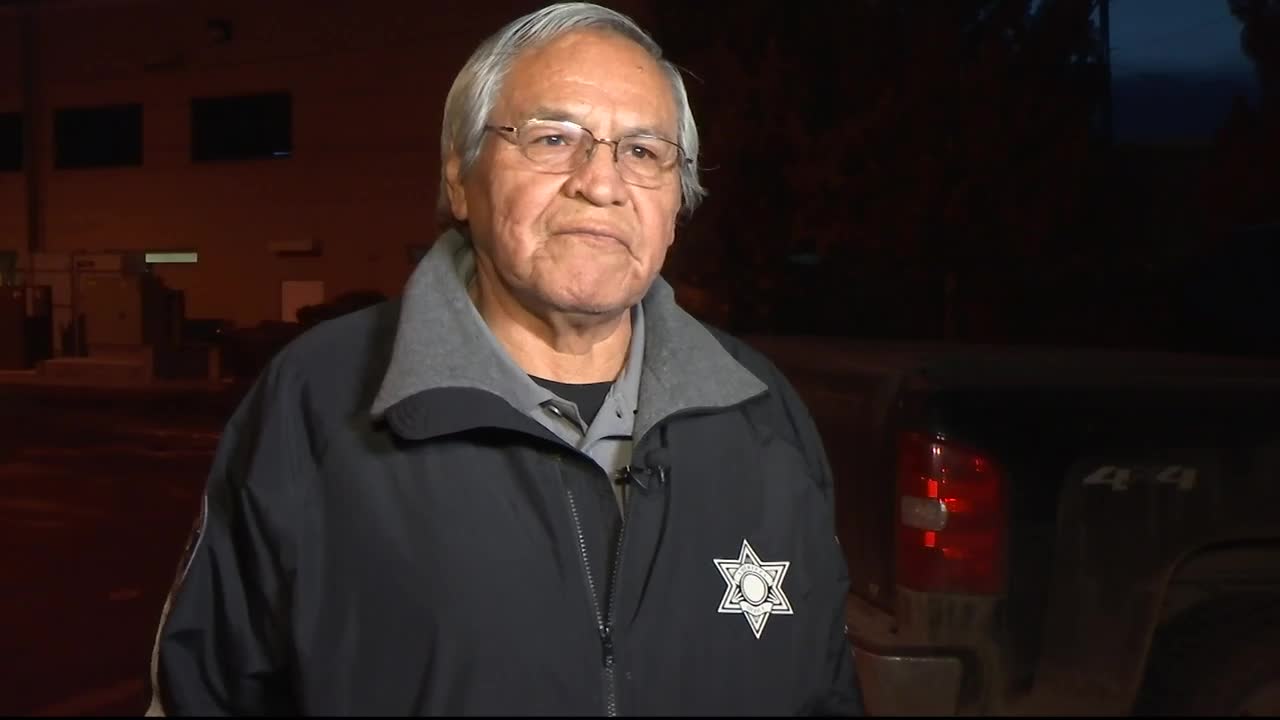 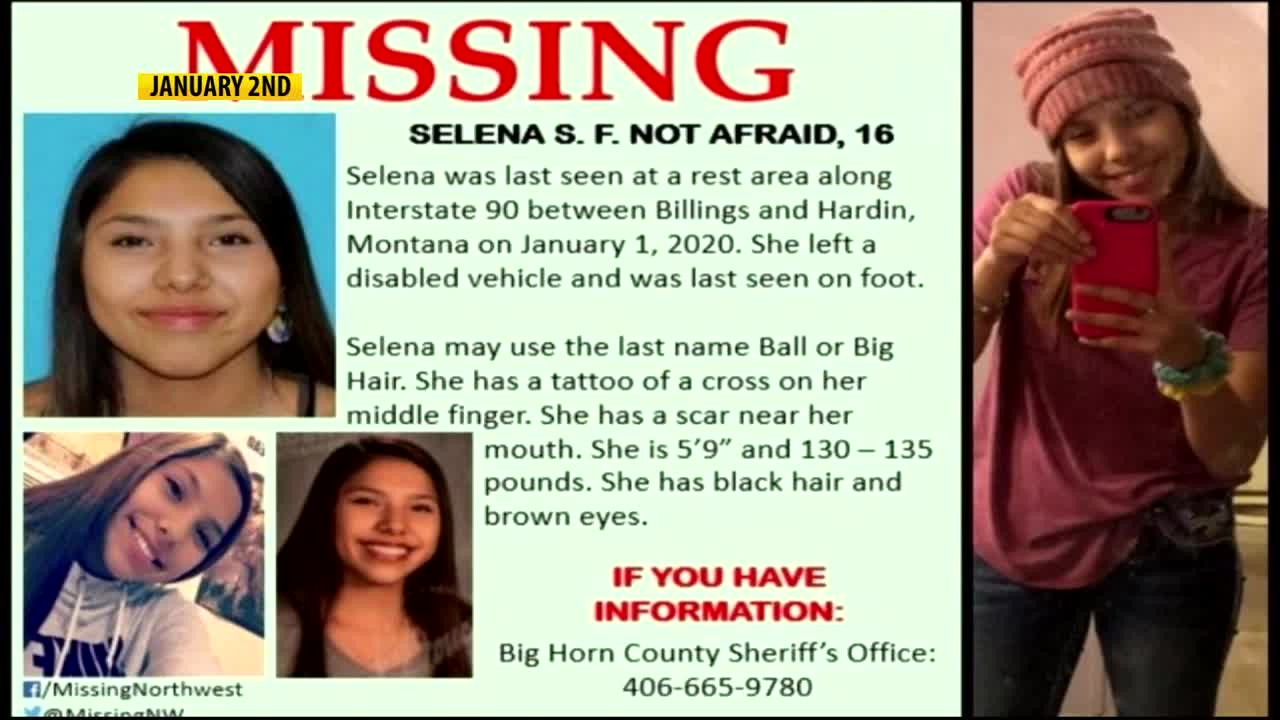 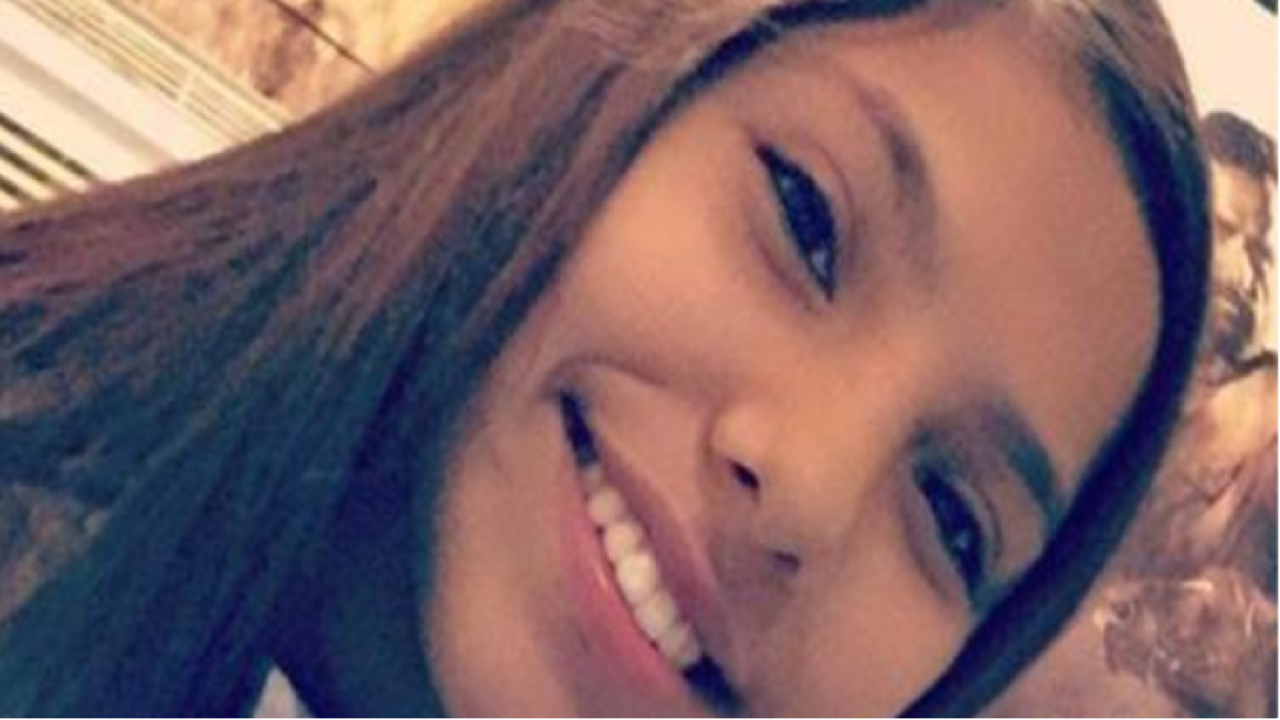 Update 4:46 p.m.: Big Horn County Sheriff Lawrence Big Hair said foul play is not suspected in the death of the Selena Not Afraid.

Not Afraid's body was found at 10:33 a.m. Monday during a grid search southwest of the I-90 rest area between Hardin and Billings where she was last seen, Big Hair said in a news release.

The body was found by a U.S. Department of Interior team, Big Hair said.

An autopsy will be conducted, he said.

Not Afraid was reported missing New Year's Day and was last seen walking away from a broken-down vehicle at the rest stop while returning from a party in Billings.

In the news release, the sheriff thanked all agencies and civilians who helped with the search, and everyone who donated food and water to searchers and family.

He also requested her family be given "time and space" to grieve.

Big Hair said searchers had likely searched the area where her body was found, including by helicopter, but did not spot her.

“Myself, I went walking there into the night. And I was within 200 yards of her body probably about a week ago. I just took a wrong turn and didn't walk up to where she was at. But I was that close to her body that evening. It's just a big country out here to search," Big Hair told Q2 News.

Others combed the general vicinity on foot, he added.

Not Afraid was a junior at Hardin High School, which is experiencing a "great loss," he said.

“There’s going to be counseling resources for them Tuesday morning during the day. I’m sure that there will be a lot of broken hearts,” he said.

Crow Tribal Chairman A.J. Not Afraid, Selena's uncle, expressed his sorrow in a statement and added that he hoped the tribe could learn from tragedy.

"Please empower each other to share and help ourselves heal. Please let us all learn from such a senseless and tragic loss. No one knows when tragedy will strike. All we can do is keep Hope, that those who are able to help, will. If that is what we must rely on, than we must learn to further take care of each other, as well as ourselves. Loss of a loved one in such a tragic way has no prejudice. Why should we hold any prejudice against each other, when this is a reality we all may face," Not Afraid wrote.

Not Afraid's aunt, Cheryl Horn, posted a note on Facebook:

"We brought our baby girl home. Now she can Rest In Peace. Jackie and I want to thank everyone for helping us bring our girl home," she wrote.

The body of 16-year-old Selena Not Afraid was found Monday morning about three-quarters of a mile away from the I-90 rest stop where she was reported missing, according to Big Horn County Sheriff Lawrence Big Hair.

The cause of death is being investigated, Big Hair said.

Searchers have been looking for Not Afraid since New Year's Day , when she was last seen leaving a vehicle near the rest stop after returning home from a party in Billings.