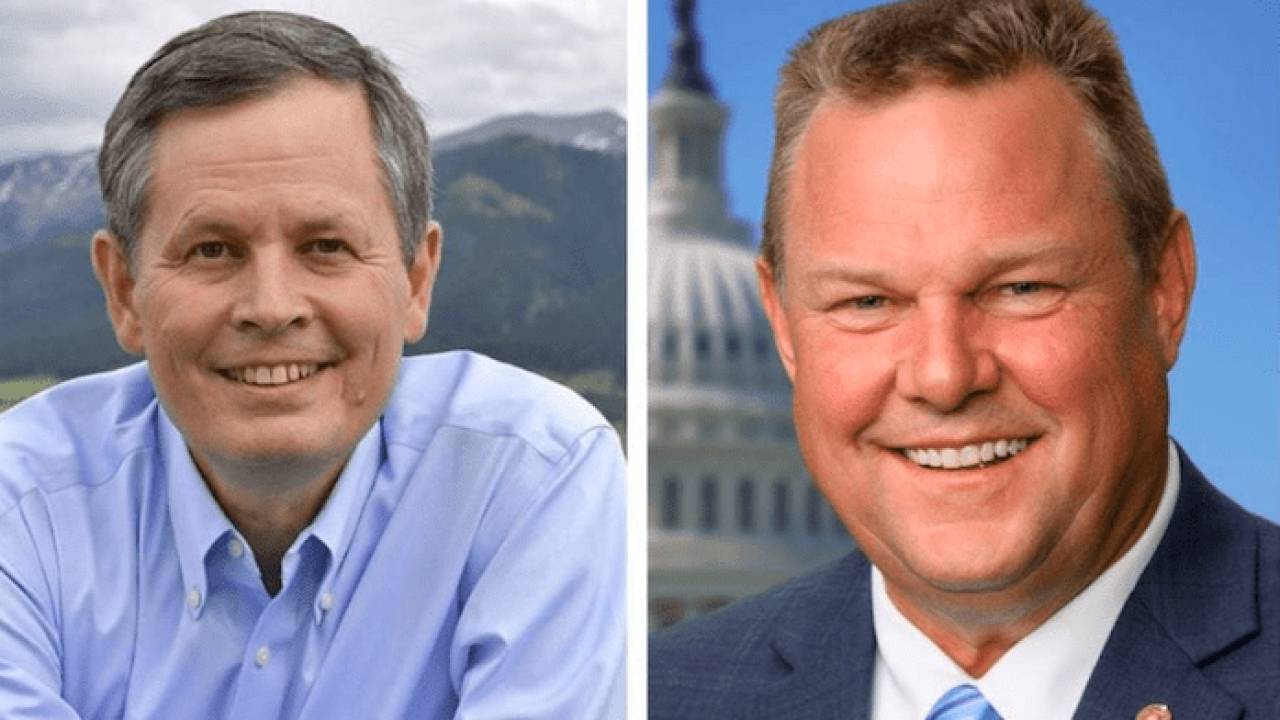 HELENA — Montana’s two U.S. senators on Wednesday touted and voted for the $2.2 trillion stimulus package, which they described as a lifeline for Montana workers, businesses, health-care providers and local governments during the coronavirus outbreak besieging the nation.

Sen. Jon Tester, D-Mont., told reporters a big next step will be ensuring the aid contained in the package reaches those in need – and that his office would be working toward that end.

“We’ve got small businesses that are hanging by a thread and there’s $2 trillion in this package,” he said. “We need to get it out on the ground as quickly as we can to help those business stay alive.”

Sen. Steve Daines, R-Mont., noted the relief to citizens, in the form of checks and unemployment benefits – but also pointed to the money meant to accelerate research into drugs or a vaccine to fight the virus.

“The economic crisis and the panic that see going on right now is not going to end until the pandemic ends,” he said. ”The way we get immunity is through these amazing vaccines and these drugs. We’re moving as fast as we can – it’s an all-government approach, working with industry, and we can get these to market as quickly as possible.”

The stimulus bill passed the Senate Wednesday night on a 96-0 vote. It will send checks to 150 million households, increase unemployment benefits, offer grants and loans to small businesses, and provide millions of dollars to hospitals and other health-care providers, for equipment and other expenses.

It also includes a $500 billion fund for loans to larger businesses, states and local governments.

Tester said he’s still disappointed this “slush fund” is in the bill, but that Democrats demanded and got some restrictions on the disbursement of these funds by the U.S. Treasury Department.

Daines said the fund will be used as a backstop to banks, allowing them to step in and loan money to businesses that need it during this “very difficult period.”

“The bottom line is that’s how you protect the jobs,” he said, noting that businesses receiving the money will have to maintain workforce levels, cap compensation for CEOs and not buy back their own stock.

The two senators also noted that the bill contained $1.25 billion specifically for Montana, as aid that can be used by the state and local governments.

“Montana has a lot of flexibility to send the money where it’s needed,” Tester said.

Daines said the bill is a strong example of Congress coming together, across party lines, to do what needs to be done to help the nation, as millions of people lose their jobs and file for unemployment benefits and health-care workers struggle to treat those with the virus.

“This is not a Republican or Democrat moment,” he said. “It’s so much bigger than that. It’s not lost on the men and woman who are serving back here in Congress and when I think about what we’re doing here -- it’s for all Montanans.”

Tester said it will be “critically important” that the aid gets out to those who need it, as quickly as possible.

“The goal for Congress is to make these resources available immediately, and I’m talking about yesterday,” he said. “I’m going to be headed back to Montana for the next couple of weeks, and we’re going to continue to be monitoring small business.”

Tester left for Montana on Thursday morning; Daines planned to return, as well.

The two senators also acknowledged that the massive aid package is financed with borrowed money, and will increase the national debt.

When asked whether taxes might be raised later to help pay for it, Daines said “I don’t think so,” and that it’s important to keep cash in the hands of businesses so they can cover expenses as revenue wanes.