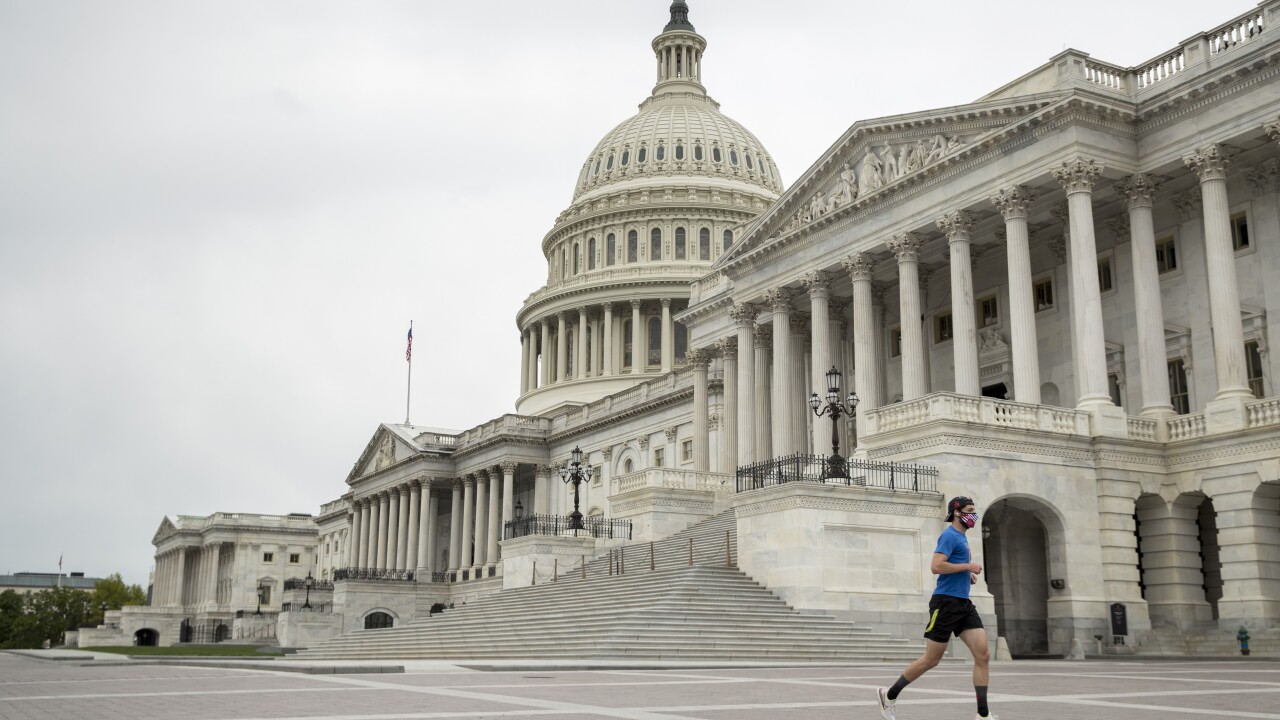 Copyright 2020 The Associated Press. All rights reserved
Andrew Harnik/AP
A man wearing a mask depicting American flags jogs past the U.S. Capitol Building, Tuesday, April 28, 2020, in Washington. The U.S. House of Representatives has canceled plans to return next week, a reversal after announcing it a day earlier. (AP Photo/Andrew Harnik)

It may be the undercard match in 2020, but the battle for control of the U.S. Senate will not be cheap.

Democrats are beginning to post fundraising totals for Q2 and numbers show that despite the pandemic, donating to Democratic politicians isn't appearing to take a hit.

Montana is shaping up to be a crucial state for Democrats.

It is looking more likely a Republican will win the Senate race in Alabama which means Republicans will have 54 seats.

But they must also defend seats in states like Montana, Colorado, Arizona, North Carolina, Georgia and Maine. Democrats believe it is possible to win five of those races, giving Democrats control.

Democrats would also gain control the Senate if they win four of those races and Joe Biden wins the presidency, since the vice oresident casts tie-breaking votes.

The biggest sign yet that Democrats are focused heavily on the Senate is the race in South Carolina.

Trump ally Sen. Lindsey Graham is up for reelection and his race is generally not seen as a competitive, yet Jaime Harrison, Graham's Democratic challenger, announced he has raised over $13 million.

While much focus is being placed on Democrats, Republicans are expected to match Democratic numbers when it is all said and done.

Many Republican Senators have worked for years to maintain a "campaign warchest" predicting strong numbers from the Democratic Party.

For instance in Colorado, Republican Sen. Cory Gardner is estimated to have over $9 million dollars worth of "cash on hand" available to defend his seat.