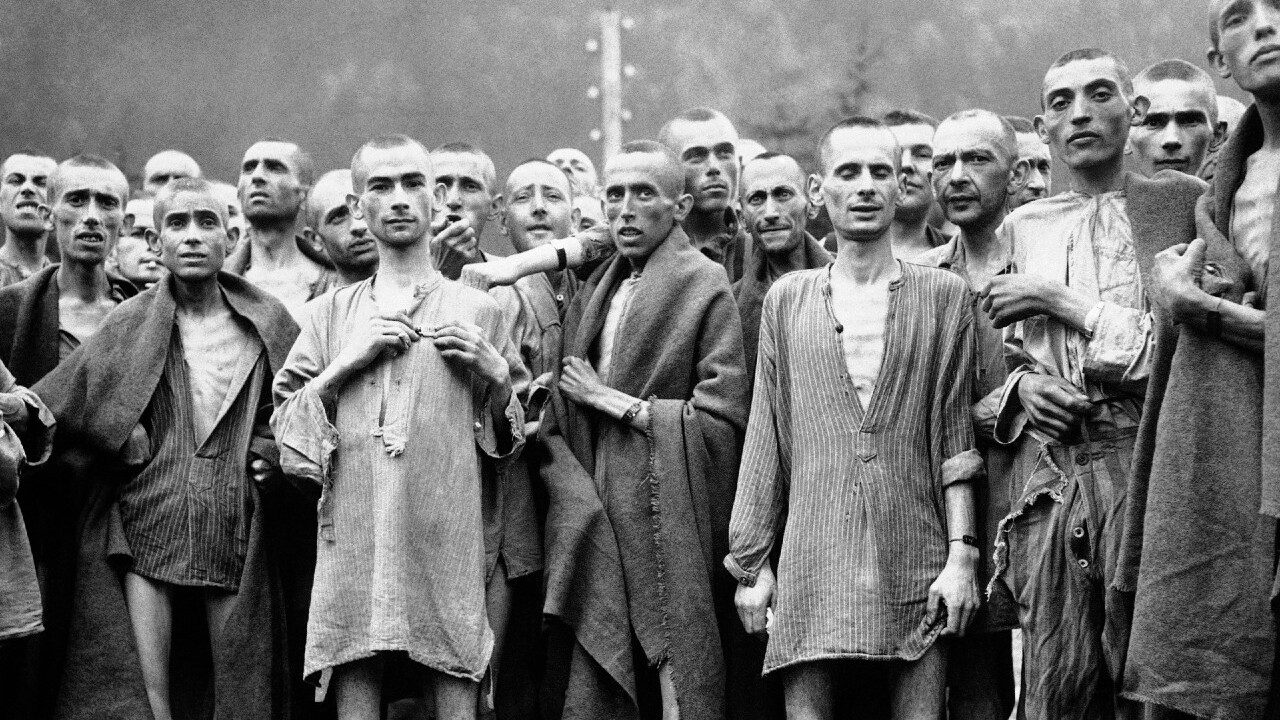 AP Photo, File
FILE - In this May 7, 1945 file photo emaciated prisoners at one of the largest Nazi Concentration camps at Evensee Austria, in the Austrian Alps.<br/>

NEW YORK, N.Y. – The results of a nationwide survey show a lack of basic Holocaust knowledge among Millennials and Generation Z.

The Conference on Jewish Material Claims Against Germany released the results of its U.S. Millennial Holocaust Knowledge and Awareness Survey on Wednesday. The organization says it’s the first 50-state survey on Holocaust knowledge among Millennials and Gen Z, or people born between about 1981 and 2015.

The national survey found that 63% of all respondents don’t know that around 6 million Jews were murdered and 36% thought that 2 million or fewer Jews were killed during the Holocaust.

Additionally, the survey showed 48% of respondents can’t name one of the more than 40,000 concentration camps or ghettos in Europe during the Holocaust.

One of the most surprising results showed that nearly 20% of Millennials and Gen Z in New York feel that Jews caused the Holocaust.

The organization also says the survey showed 59% of respondents indicated they believe something like the Holocaust could happen again.

“The results are both shocking and saddening and they underscore why we must act now while Holocaust survivors are still with us to voice their stories,” said Gideon Taylor, president of conference. “We need to understand why we aren’t doing better in educating a younger generation about the Holocaust and the lessons of the past. This needs to serve as a wake-up call to us all, and as a road map of where government officials need to act.”

Arkansas has the lowest Holocaust score, according to the survey, with less than 17% of Millennials and Gen Z meeting the Holocaust knowledge criteria. The other states with the lowest scores include Alaska, Delaware, Maryland, New York, Georgia, Hawaii, Louisiana, Florida, and Mississippi.

Surveyors calculated the scores by using the percentage of Millennials and Gen Z adults who met all three of the following criteria:

1. Have “definitively heard about the Holocaust”
2. Can name at least one concentration camp, death camp, or ghetto
3. And know that 6 million Jews were killed in the Holocaust

Lastly, there was a consistent bright spot across the survey findings – a desire for Holocaust education. About 64% of respondents believe schools should be required to teach about the Holocaust and 80% believe it’s important to continue teaching it, so it doesn’t happen again.

“We came to realize that, although a number of states already mandate Holocaust education which is an excellent first step,” said Claims Conference Holocaust task force leader Matthew Bronfman. “For the mandates to have a significant effect in classrooms there must be state funding to support the mandates. The Holocaust is a broad topic. Specialized teacher training and thoughtfully developed curriculum are needed for students to benefit.”