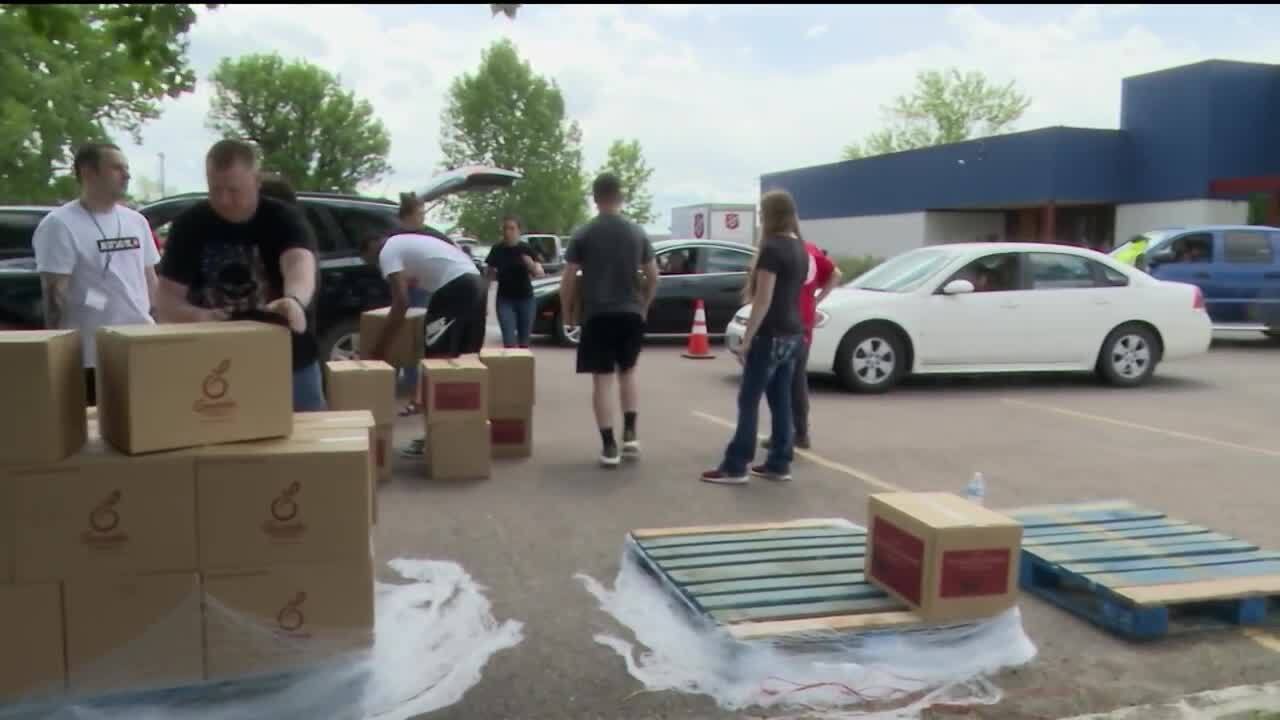 Salvation Army of Great Falls leaders and volunteers gathered to pass out the second round of USDA food boxes in Great Falls on Thursday.

After driver lines led to traffic jams last week, leaders changed up the location and decreased the number of boxes given away from 1,500 to roughly 100.

“We know that folks are going to be disappointed,” said Maj. Mark King. “We can’t help everybody as much as we wish we could.”

King says organizers dropped food boxes into 111 vehicles and helped 178 households and 588 families through the Farmers to Families event Thursday.

Leaders say they’re looking at other venues for another mass distribution like Montana Expopark, but this week s giveaway came too quickly to get plans solidified with county officials. “It’s easy to say we should be here we should be there, but unless those properties are made available to us and can handle the traffic flow, this is the best alternative,” said King.

“What it basically has to do with is deferred maintenance for the Montana Expopark and prior commitments for the park’s use,” said Cascade County Director of Emergency Management Brad Call.

Mayor Bob Kelly says he’s helping the Salvation Army facilitate a plan for the weekly distribution so the organization can continue their mission of doing the most good.

“We plan to visit both county facilities to make sure we can do it right,” said Kelly. “And also private and public facilities to see if they’d be willing to give us the space to get these food boxes out to the families who need them.”

The Salvation Army has partnered with a number of agencies to distribute the remaining boxes, including:

MTN has tried several times to contact the organization for more information on distribution times and locations, but have not yet received replies.

Last week was the first of the 'Farmers To Families' event, which are scheduled to take place take place every week through October. Last Thursday's event was held in the parking lot of Holiday Village Mall, and proved so popular that it created traffic jams along 10th Avenue South near the mall. Today's event was much less crowded.

For more information, call Major Mark King of the Salvation Army in Great Falls at 406-453-0391, extension 224. You can also contact the agency on its Facebook page .