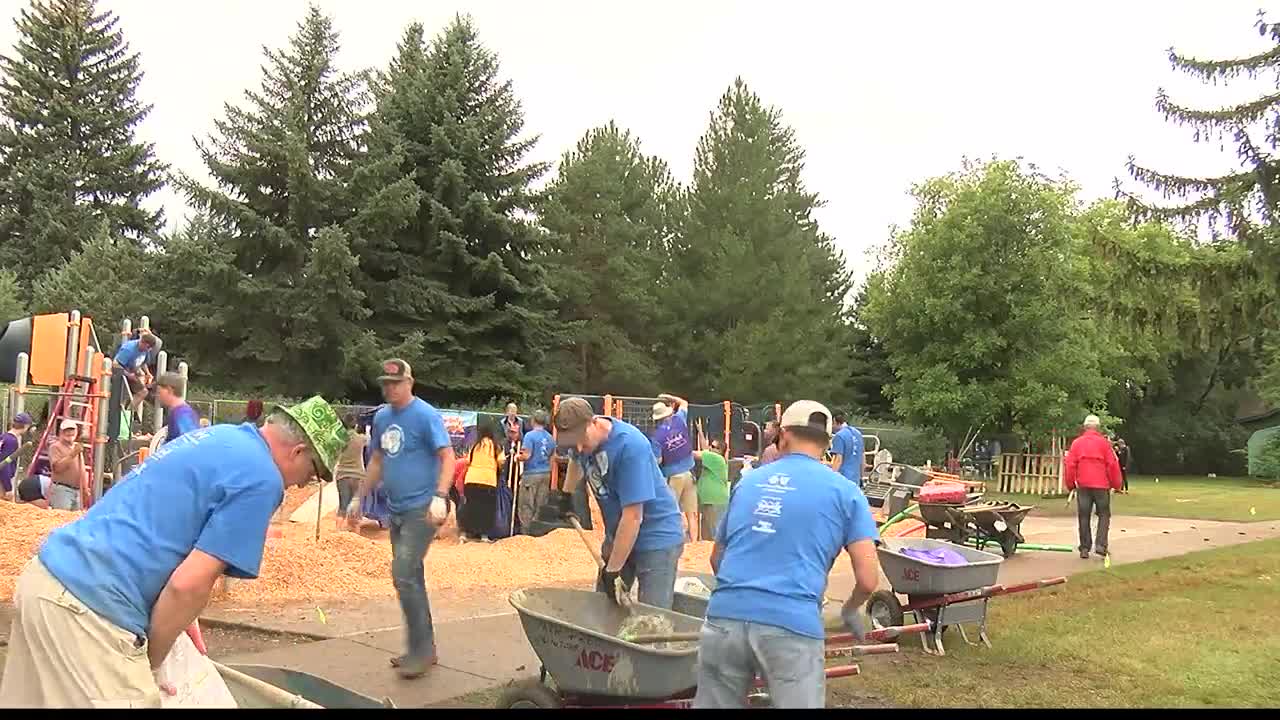 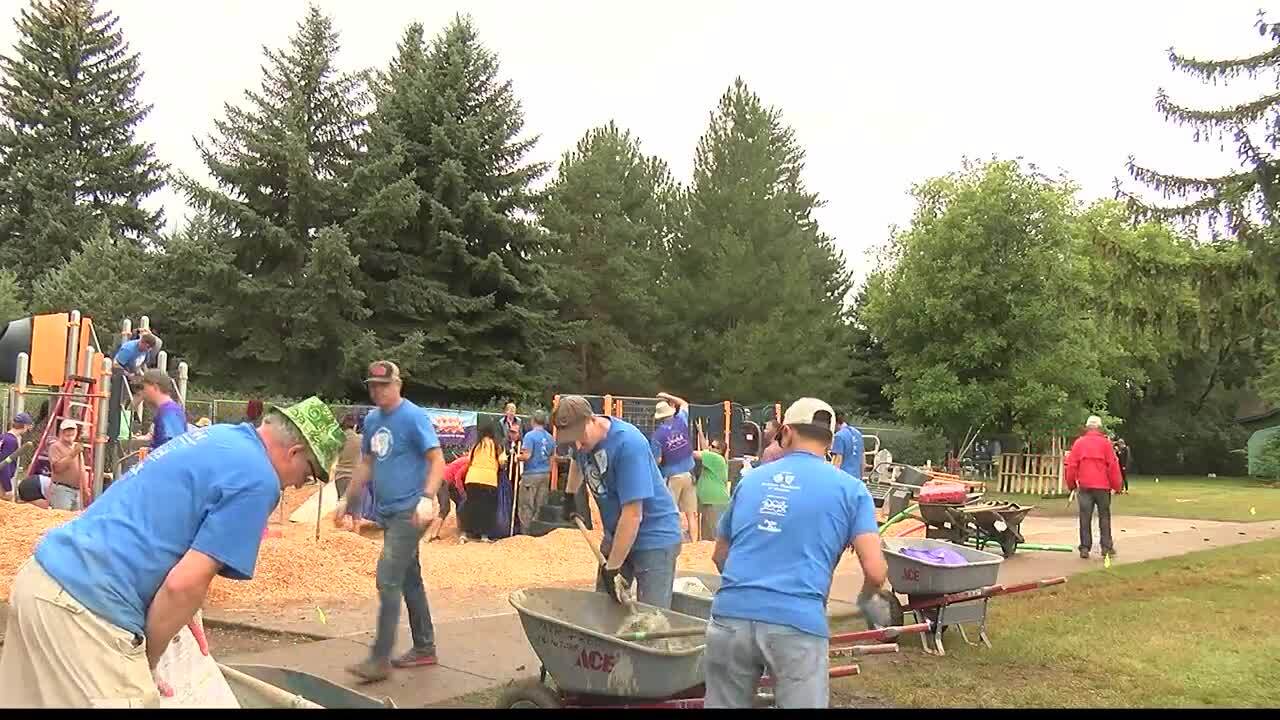 Close to 100 volunteers got together to build a new playground in at Rose Garden Memorial Park on Saturday -- and their inspiration came from kids in the community.

It's a little tricky so it took some interpretation because some of the designs we got from the children were -- I think one of them was a 50-foot slide," said Nathan McLeod with the City of Missoula.

"And I think in another workshop we've had in the past was a zip line from Snowbowl all the way down to the playground. So we try to incorporate the ideas, but maybe not the exact things that the kid's design," he added.

There is a playground part called the Ouisa that's like a four person teeter-totter. It's a wheelchair accessible. Kids can't have access to that playground after Monday when the concrete cures.