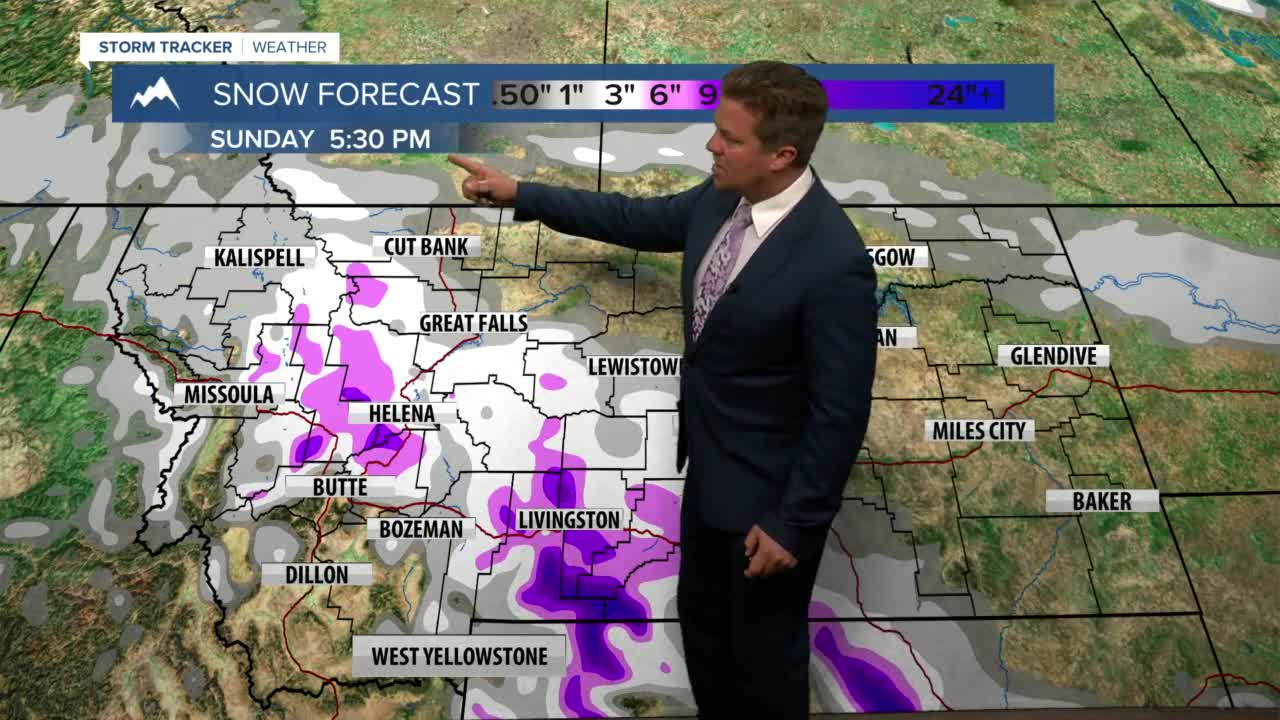 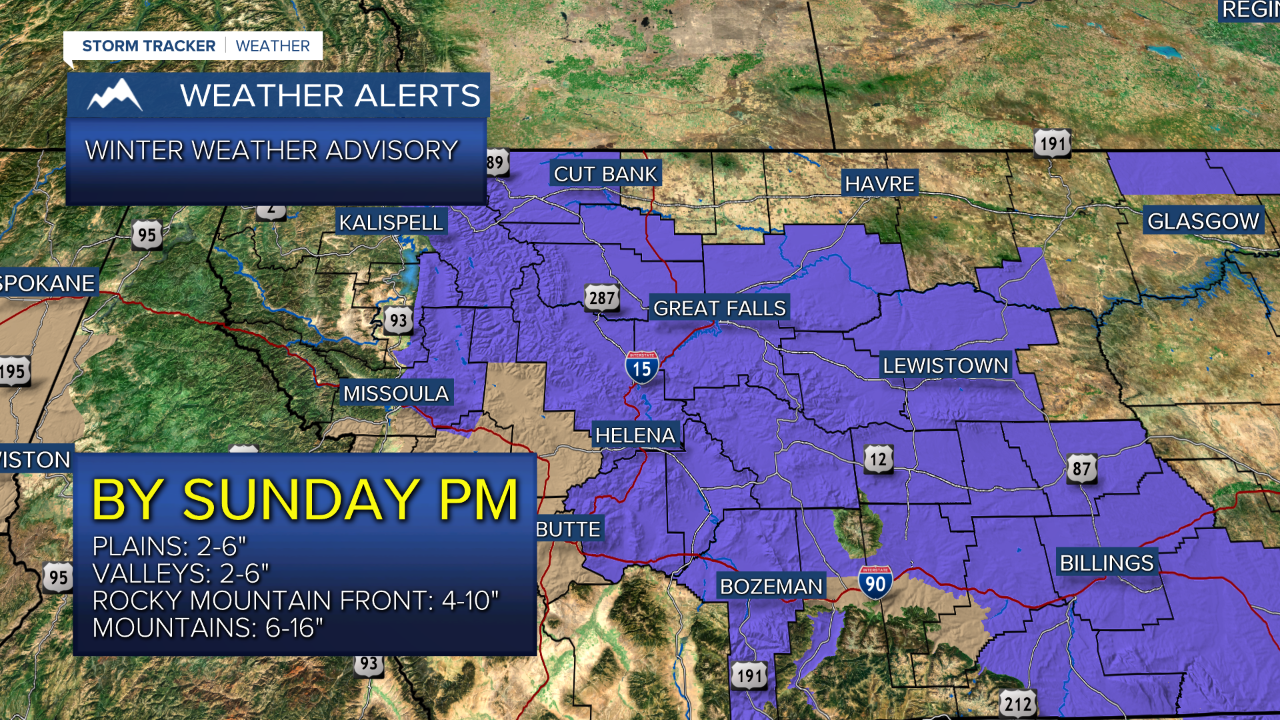 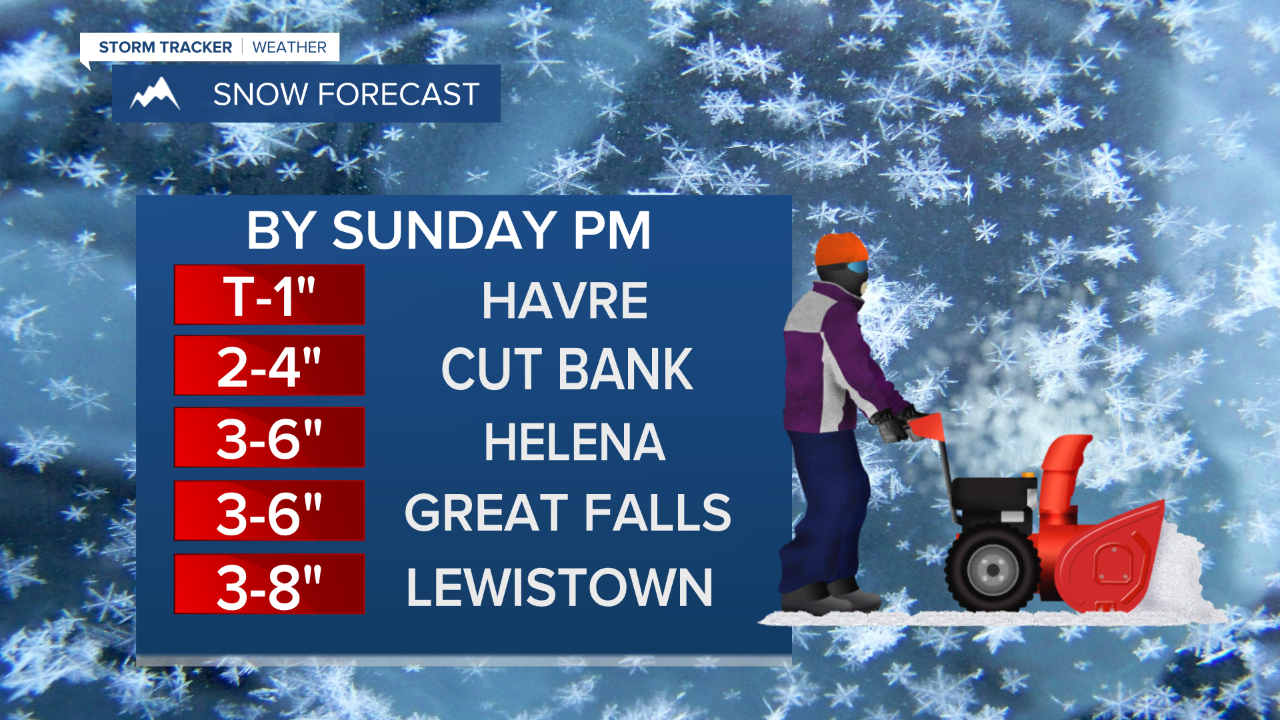 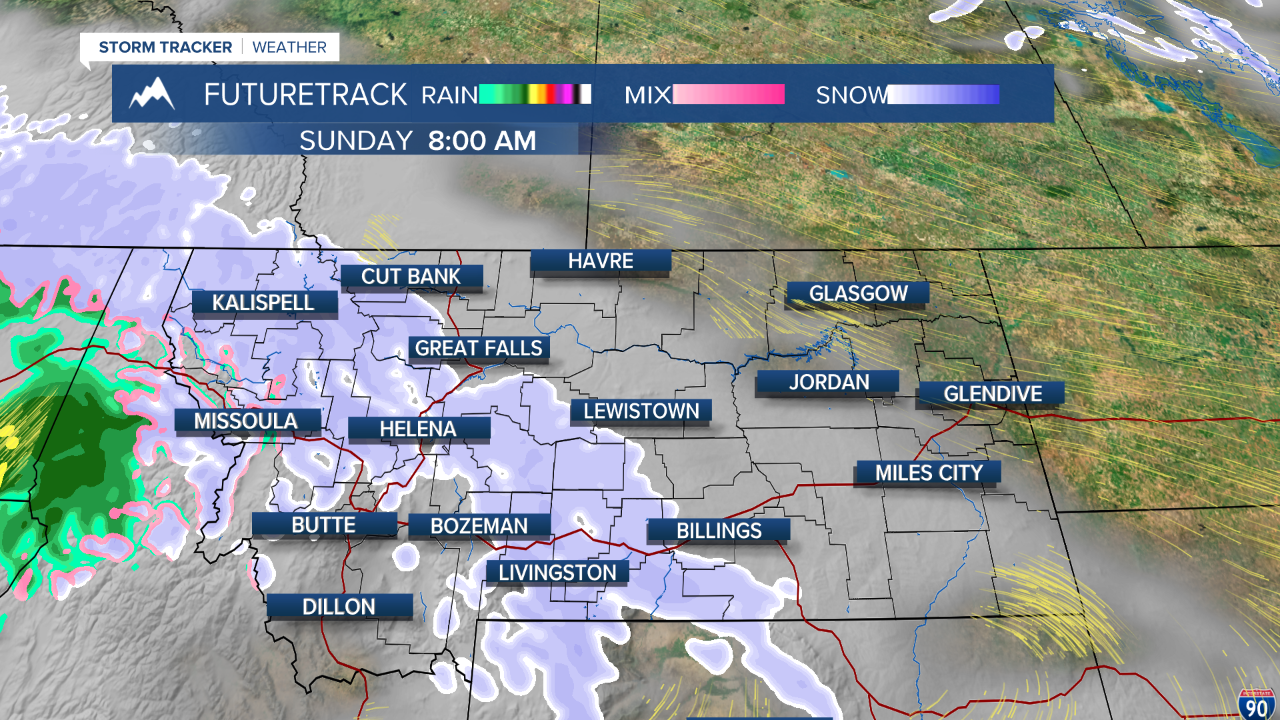 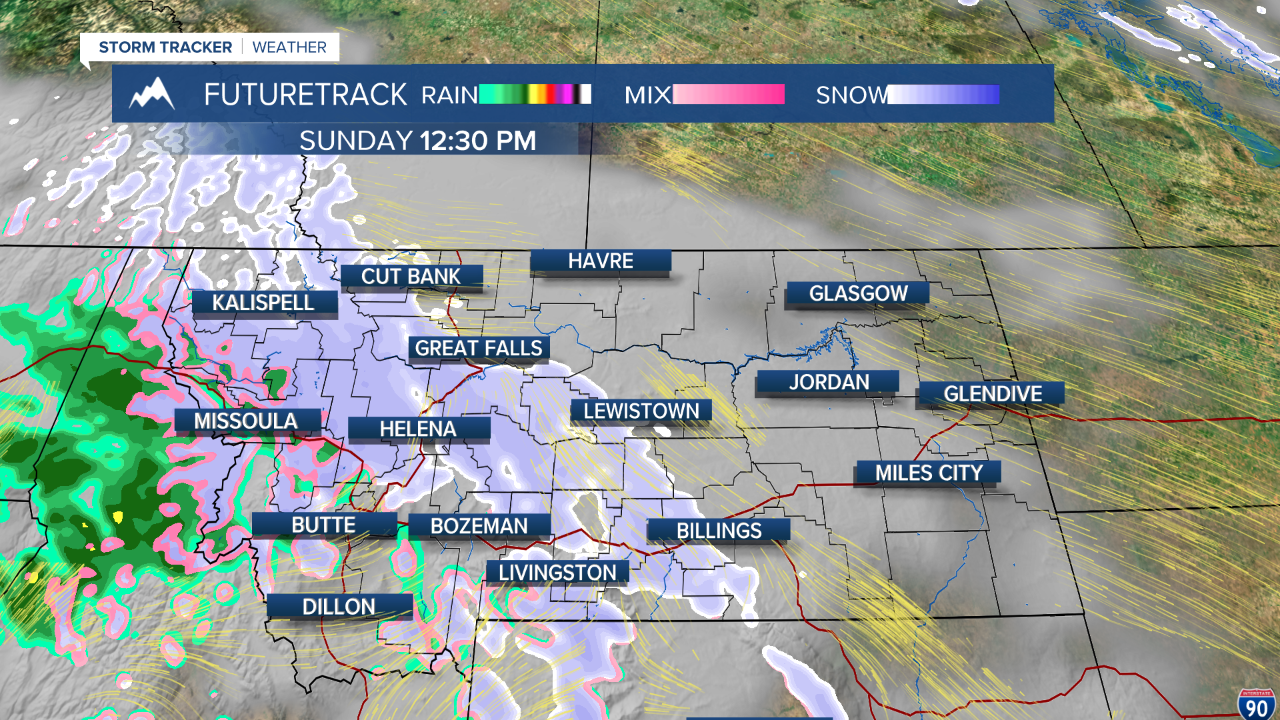 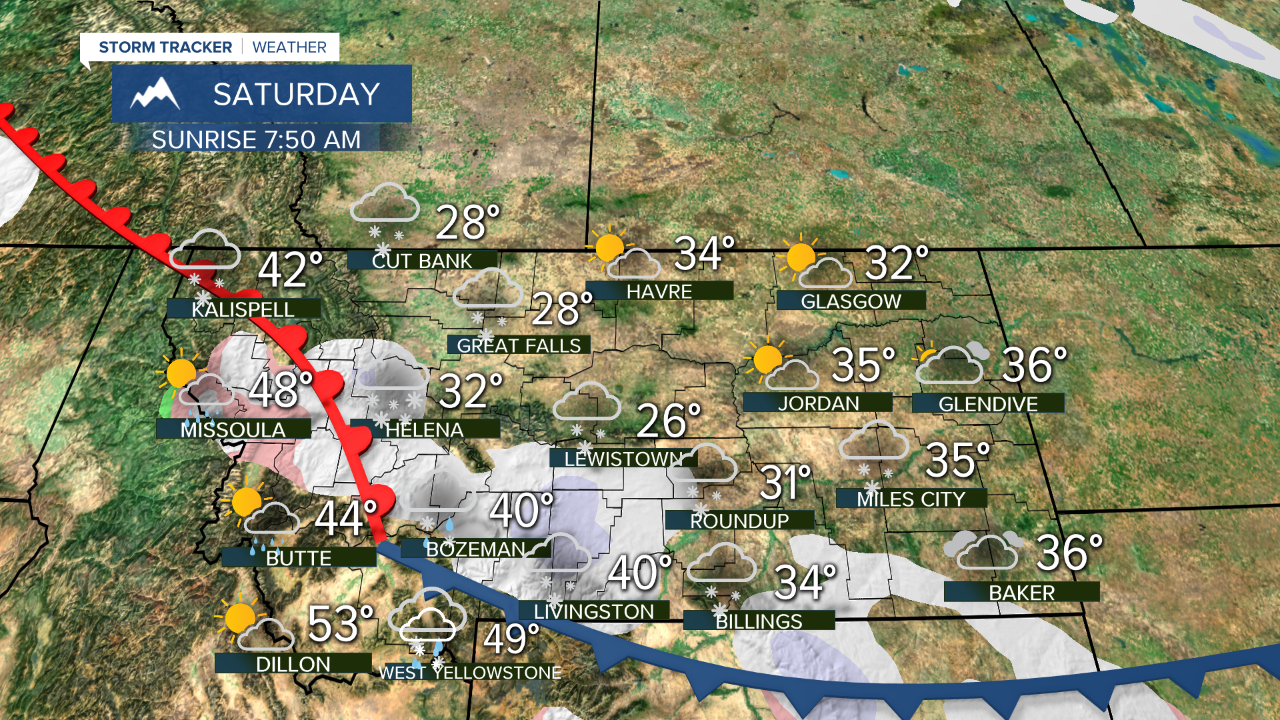 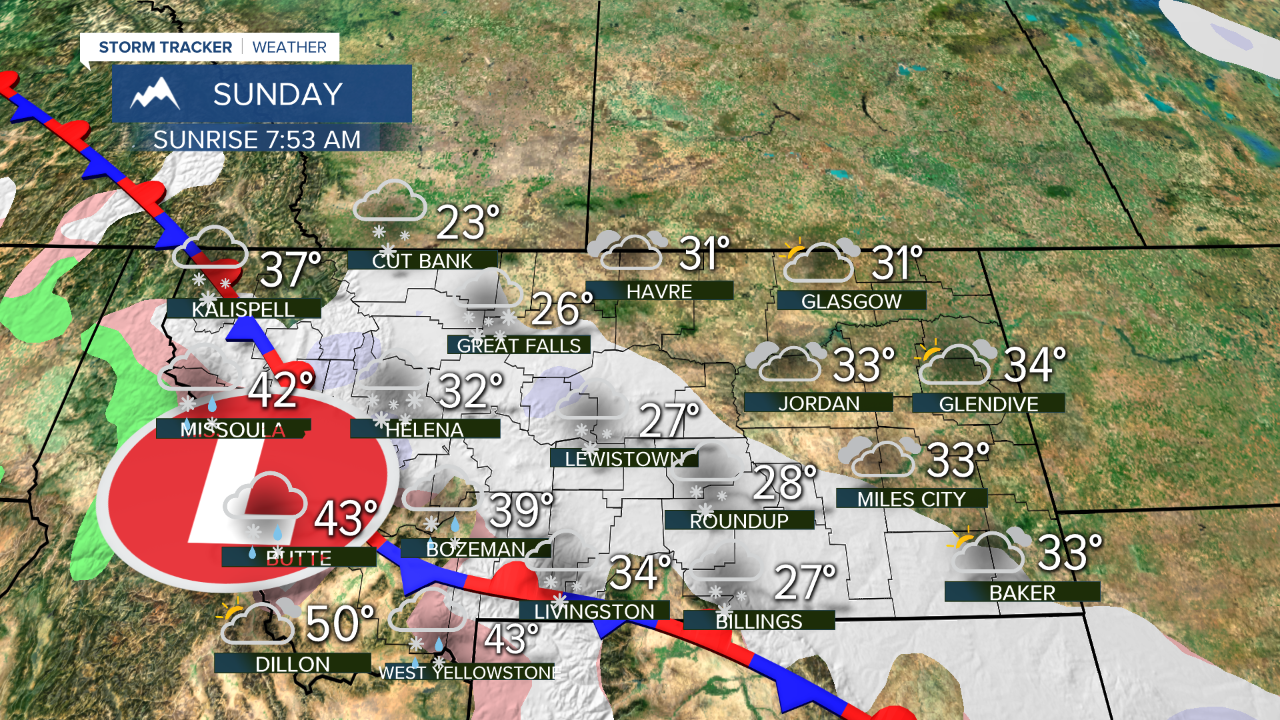 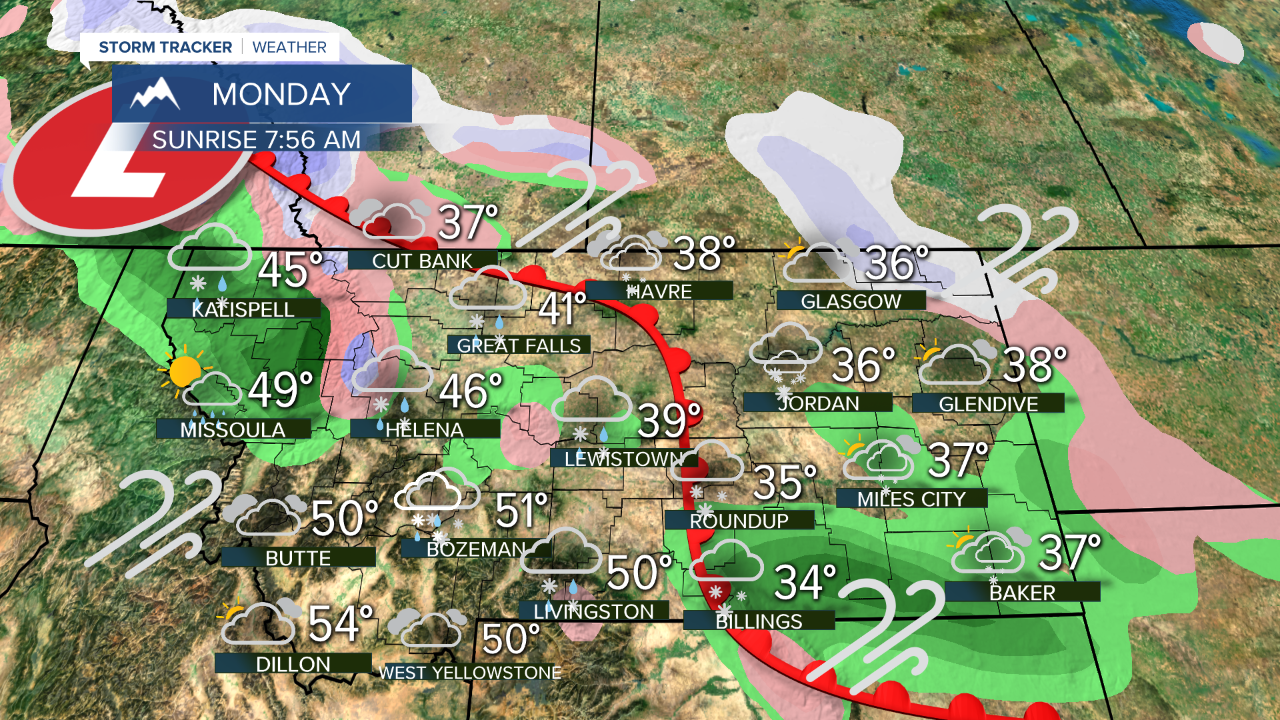 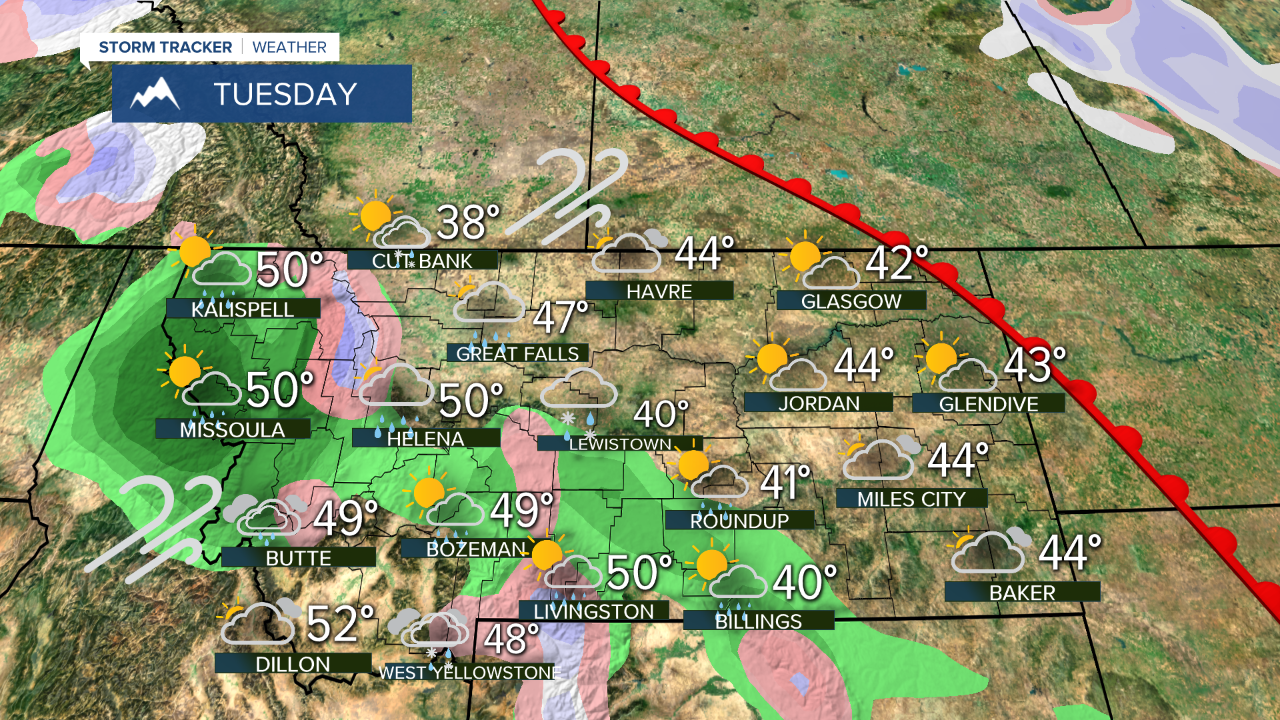 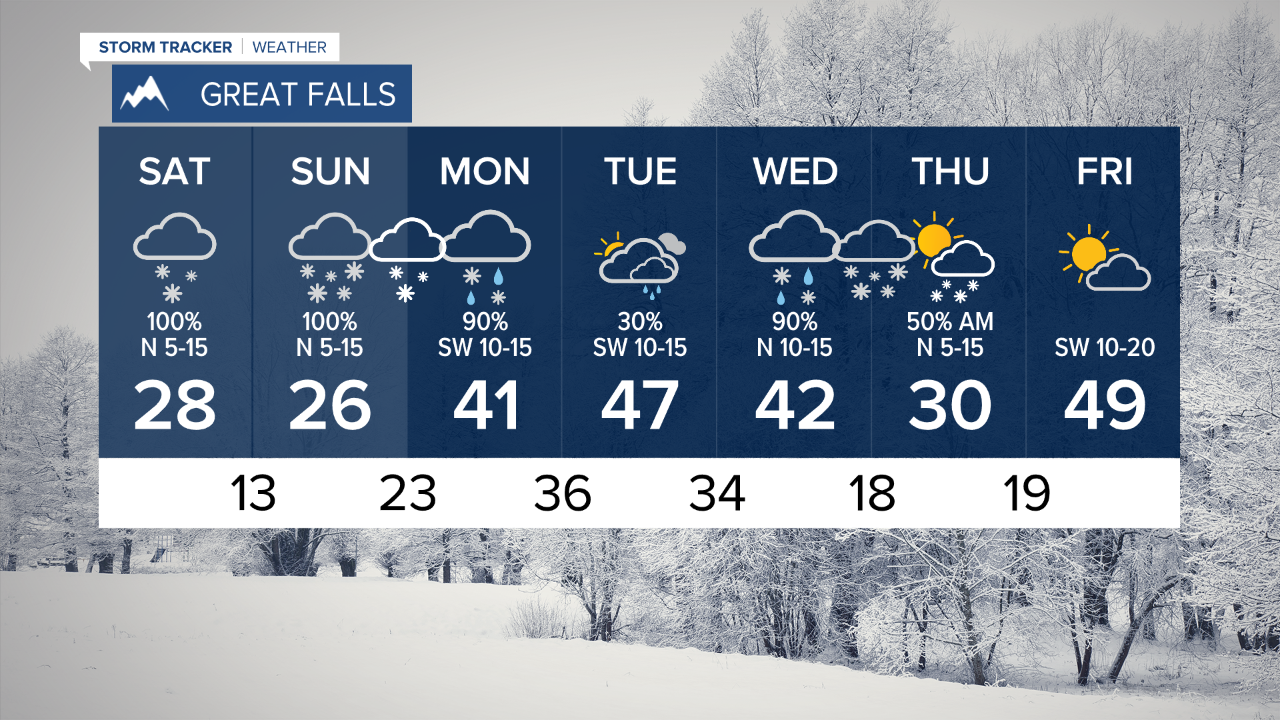 A WINTER WEATHER ADVISORY is in effect for most of central and western Montana.

Get ready for a weekend full of snow. The heaviest of the snow will be closer to the Continental Divide, off the Rocky Mountain Front, and down across south-central Montana. The northeast portion of the state will not see much. Snow will continue throughout the weekend closer to the Continental Divide and in southwest and south-central areas. After one round of snow early in the weekend, another round will increase across the state through Sunday. The prolonged period of snow and cold could allow up to 6" of snow in the lower elevations, and up to 16" in the mountains. Temperatures will be much colder with highs in the 20s and 30s, lows in the 10s. Be prepared for slippery conditions on the roads. On Monday, warmer air will try to push into the state. Some of the snow will mix with rain. Temperatures will warm through the 30s and into the 40s. Tuesday will be a mild day with highs in the 40s to around 50; shower and mountain snow showers will continue. Another cold front is likely to change rain over to snow for Wednesday into Thursday. Yet another snow event is possible next weekend. All of this moisture will likely mean an end to fire season by the end of October.
Have a great weekend.
Curtis Grevenitz
Chief Meteorologist